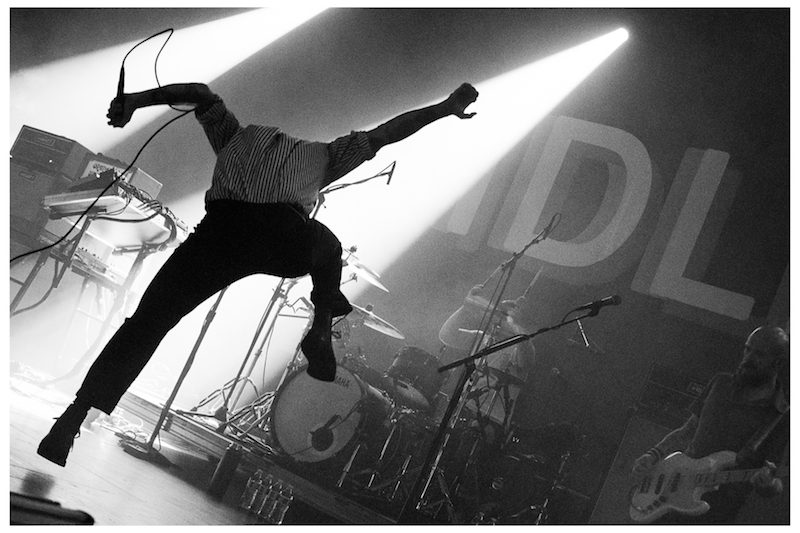 The evening of September 15th was a night to remember. Idles made a special appearance at the historic Kings Theatre in Brooklyn, and brought some high energy with them. Photographer Anthony Mulcahy nabbed some action shots for us to enjoy. 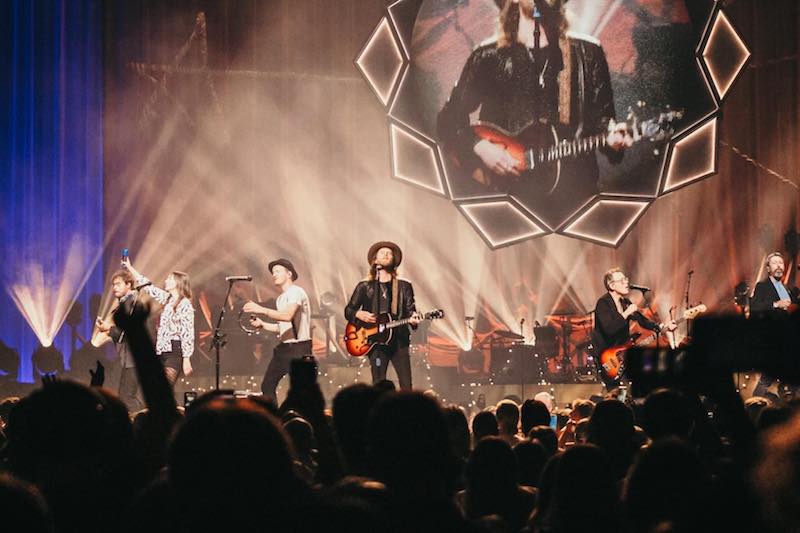 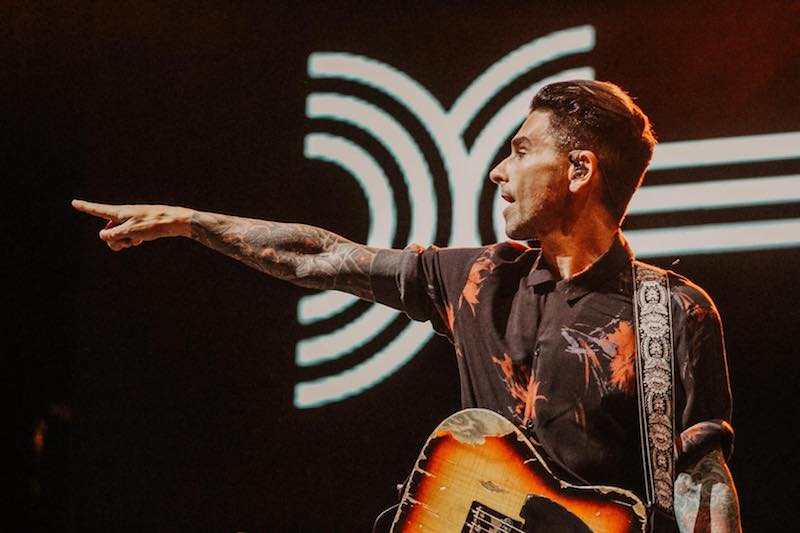 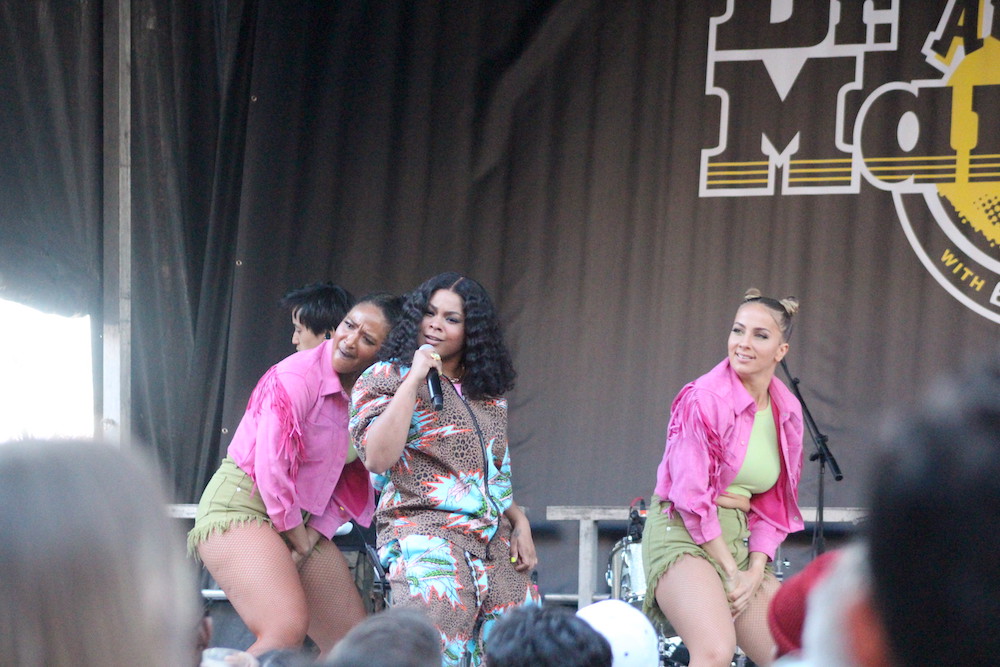 The indelible Tayla Parx performed for the masses at Day 1 of Dr. Martens Presents at SXSW 2022. The singer/songwriter/actress shared her incredible voice while the crowd – which was wrapped around the building to get into the party – went wild from both inside the venue and outside the gates. Her stage presence was absolutely off the charts, as she garnered everyone’s attention despite other activities provided at the event. (Can you say “free tattoos”?) With two Grammy nominations under her belt for writing credits on Ariana Grande’s Thank U, Next and Justin Bieber’s Justice, it seems like the songstress that is Tayla Parx isn’t slowing down anytime soon.

Check in for more SXSW coverage all month long. 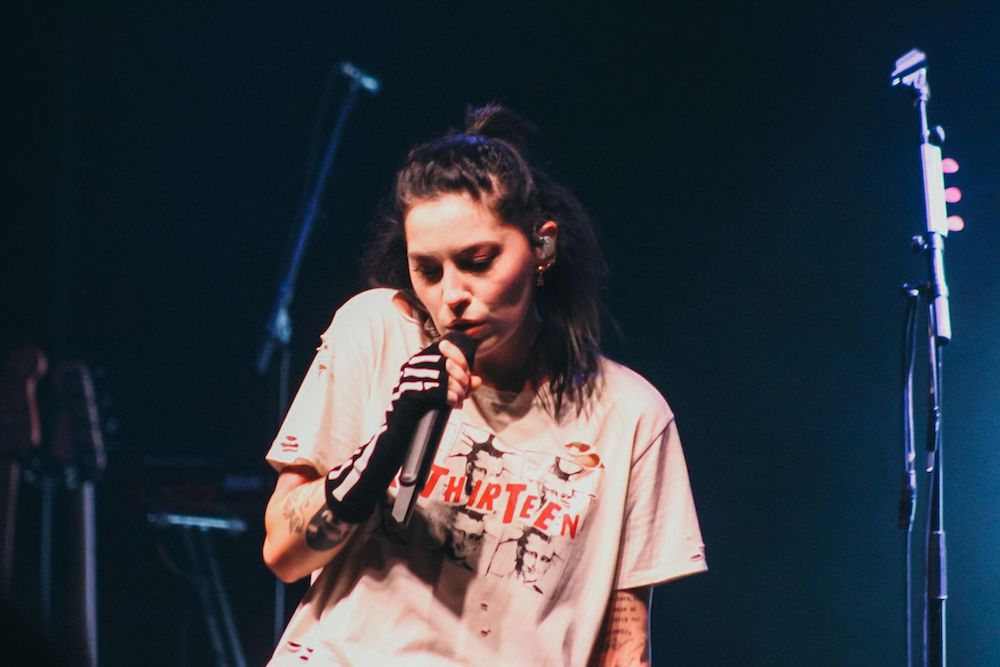 Anna Hamilton was the newcomer most hadn’t been acquainted with, winning a contest to open for Dermot Kennedy as a local act. A Kansas native and one of 12 children in her family, Anna’s music dripped with bits of nostalgia and hopeful thoughts for the future. It was also an insanely beautiful experience, her sweet-as-honey vocals accompanied only by a guitar. It was mesmerizing.

By her third song, we caught a glimpse at specificity in a track about a boy that left her for a city – “Me For Barcelona.” The song had never been played in front of a live audience before and is not currently available, but is open for preorder via her link in bio at clever Instagram handle @a.ham.sandwich. Her fourth trach was about leaving Kansas to pursue her singing career in Tennessee, something so many artists struggle with. She has clearly found a safe haven and inspirational options in her relocation, as her last track – “Self Help” – was realized so early on. Of the track, she admitted that it was about taking care of yourself before allowing others to benefit from you. “You need to be 100% before your cup overflows and they can receive it.”

Bishop Briggs emerged, energetic as ever and donning a leather jacket on a pretty balmy night in the midwest. It was shed quickly, to reveal skeleton-printed fingerless gloves and delicate tattoos dancing across both forearms. The first time this town got acquainted with Bishop, she had barely edged into the world of tattoos. Now, you find yourself mesmerized by them as she jumps across the stage with every robust, belted line.

An artist that truly allows you to feel the songs with her, Bishop has cultivated a fandom that spans generations, cultures, and ideals. Perhaps the show’s littlest attendant – a young man no older than 10 or 11 – could be found belting out lyrics and clapping in time with his family during the intense track “Hi-Lo (Hollow)”. Her set included “Someone Else,” “Darkside,” and her most recognizable hit, “River”, among others. 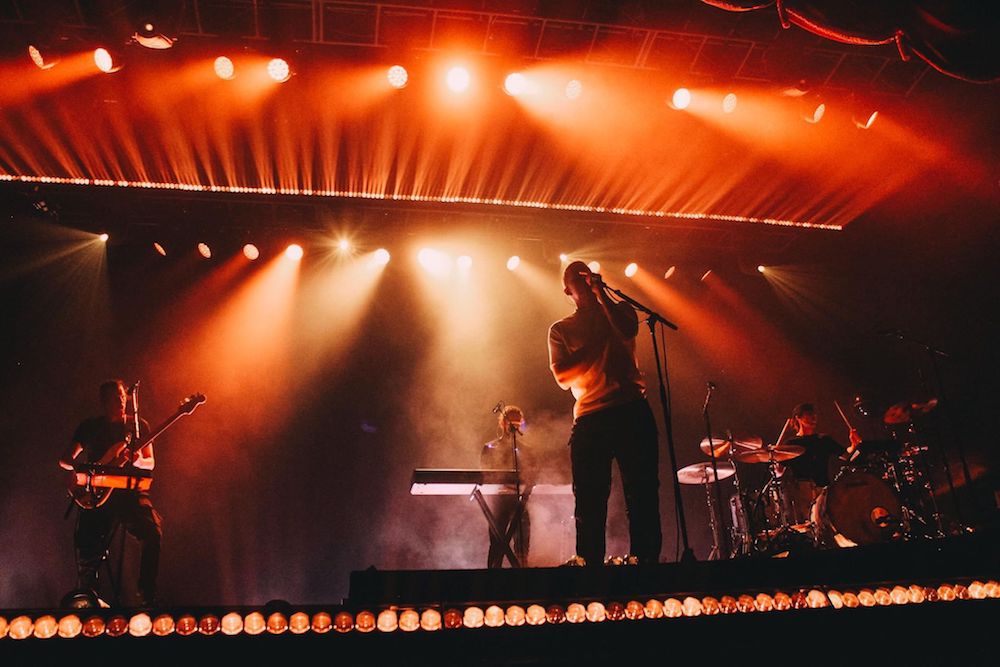 August 7, 2021 was my first show back. Back, from where? Who even knows? While the pandemic rages on, I wonder, more often than not, if leaving my house is even worth it. But I’ve been enjoying – and producing – livestreams and digital concert experiences since COVID-19 took SXSW 2020 from us all, and I knew the joy that came from that massively sustained me over the last 17 months.

The first time I saw Dermot Kennedy was in a church off 6th Street in Austin, Texas during SXSW 2018. I chose to spend the evening with a handful of friends from my hometown, wandering into shows and experiencing new acts to write about and photograph for the (still new) site. But something about Kennedy’s vocal delivery – the vulnerability and intensity with which he delivered some of the most emotionally charged lyrics I’d ever heard – made me forget I was trying to compile content for the site at all. A handful of distanced, “between tall guys’ bobbing heads” photos happened, but the music was so compelling that I spent an embarrassing amount of the set with my eyes closed, or staring up at the vaulted ceilings, marveling at the magic that music creates, and the magic from which it is derived.

When SXSW 2020 was canceled, I decided to make the quick, 4-hour jaunt to St. Louis to see Kennedy. Within a couple of days, the tour was indefinitely postponed. COVID-19 set in, and March saw stages around the world shutter. Deafening silence. And while artists tried to keep the spark alive with their multi-dimensional at-home creations, new directions, and interactive experiences, there was just something missing. That spark that live music incites, the way it can make an entire room feel like it’s on fire, hearts dancing in unison. As someone who once took for granted a 2-5 concert per week schedule, I began to feel lost in a sea of digital analysis and curation. I am humbled by the art that has come from our time locked away, but it never had the energy of a live show.

By the time I realized live music was coming back, Kennedy had sold out his St. Louis reschedule. And his Red Rocks performance. I spoke with a friend who was going to work with me on getting tickets in Wisconsin, which would be my saving grace for his tour since Kennedy was no longer appearing on the postponed Bonnaroo lineup (because of touring conflicts). But my sister happening upon a radio tour announcement a couple of weeks before her big move to Los Angeles and a random discussion that occurred a half-hour before tickets went on sale for the Kansas City stop made it all possible. Me – the woman who often feels jaded by the industry, especially for how little people truly rallied for the arts through this dark time -, I allowed myself to finally get excited about an event. I had something to look forward to that I knew could help me heal.

And still, I wondered, could I possibly stand in a crowded venue again? Could I find joy in the music – the one thing that makes me feel like I have my head screwed on straight on a daily basis – amidst a crowd of maybe-vaxxers from the midwest? (That wild, wild midwest that we have come to know as a largely “denying science” crowd.) I spent days before this show panicking about everything. Would there be space to spread out? The show wasn’t entirely sold out, the venue was more intimate, it couldn’t be too insane. Right? Would I melt in my mask? Would my friends be comfortable?

I almost had no words to explain how it all felt. Sure, I annoyed my +1 (Hi, mom!) and a couple of friends (I see you Anjelica and Kevin!) with some fears about everything. But, I was mostly entirely back in my element. As an observer, an enjoyer. I ensured we got pretty good spots to watch the show, over by the rail on the right side next to the stage. Dermot Kennedy’s Kansas City (Missouri) leg of his Better Days tour was officially sold out at the Uptown Theater, however, there was substantial space on the sides of the stage to ensure that we felt comfortable. I did some people watching like I used to. (I’d like to think that people couldn’t handle their liquor because they hadn’t imbibed at that level in a while, but who knows?) And, truly, I spent the majority of the evening belting out lyrics behind my mask, staring up at the shadows dancing on the ceiling, really indulging in the collective atmosphere of it all.

Set List:
Lost
Power Over Me
All My Friends
An Evening I Will Not Forget
Outgrown
The Corner
Rome
For Island Fires and Family
Outnumbered
Better Days
Moments Passed
Glory
Giants
Encore:
After Rain
Without Fear

Thank you to Anna Hamilton, Bishop Briggs, and Dermot Kennedy for “an evening I will not forget.” (I know I’m the first one to use that reference, of course.) I can only say that it helped to inflate my sad, darkened, emo heart. So perhaps I’ll Grinch less for a while. 😉