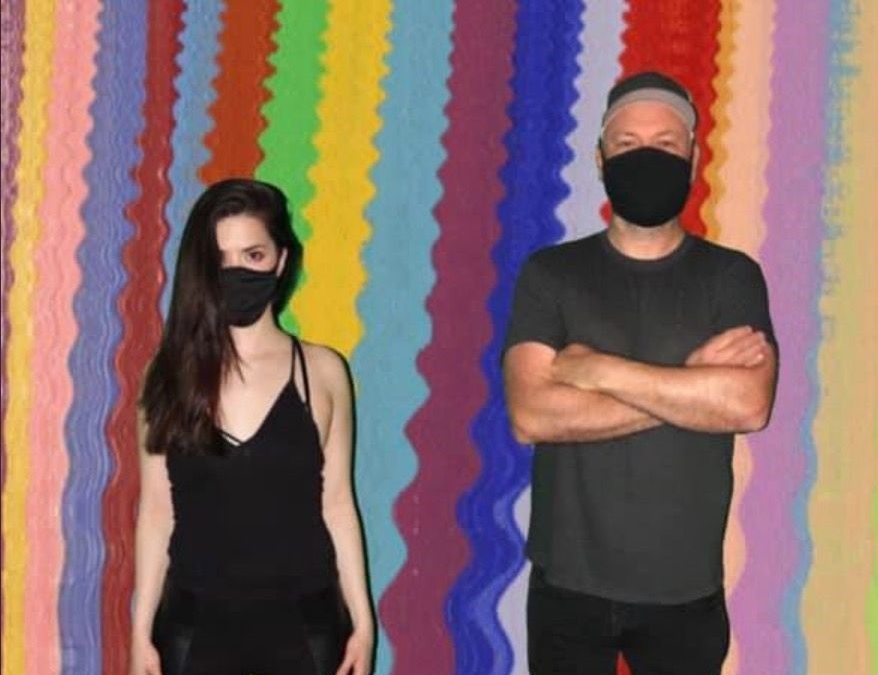 Los Angeles-based pop duo MODERNS are showing their adoration for the 80s by giving us exactly what we deserve, an 80s synth-pop extravaganza fit for giant speakers and retro themed parties.  “Watch” is special in that while it takes us back in time, it also seems to have a sort of futuristic feel to it, one that works to prepare us for any possible future music trend.  In any case, the track celebrates synth pop in a way that may be hard to come by these days.  Sure, it’s a flashy production and the decade had its fair share of flash, but MODERNS benefits from technological advances that the 80s didn’t have.  By using these to their advantage, they create an authentic scene straight out of a throwback film.  If you were looking for your ticket to a different decade, MODERNS has got it.

Member Rosie Okumura says of the partnership: “I can’t describe how excited I am for what Chris and I are creating. It’s unlike anything I’ve ever been a part of; it’s so inspiring to me to work with someone so unique and creative.” 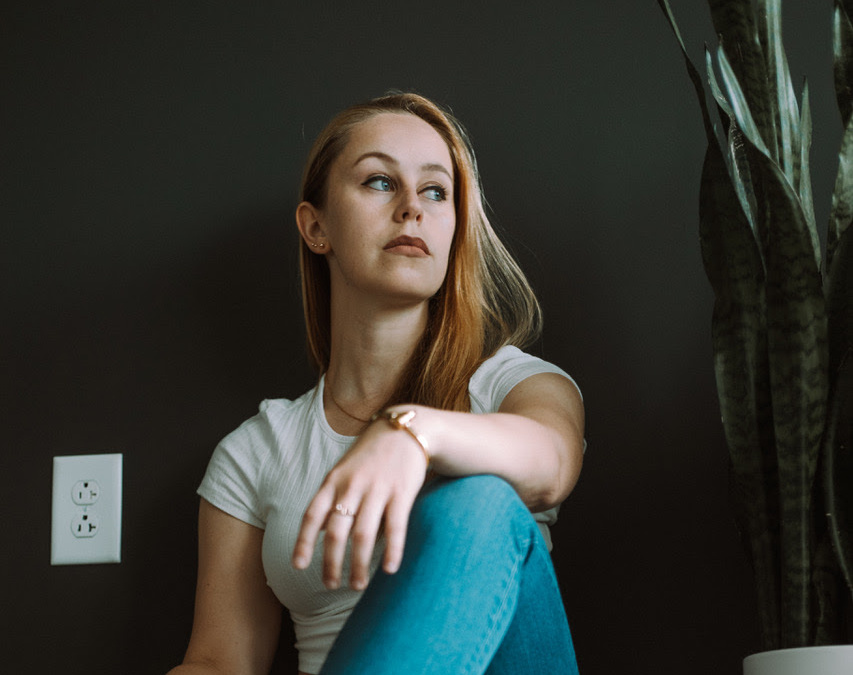 paola proctor, “how can i”

Though Paola Proctor spent a considerable amount of time traveling in Europe and the Middle East, it was when she arrived in Nashville that she was able to bring to life “How Can I”, a breakup song filled with frustration and confusion.  The track sees Proctor trying to put together the broken pieces in order to understand and process her complex emotions surrounding a recent breakup with someone who already seems to be way more interested in other people.  Beyond the anger, however, there are notes of vulnerability reflected in the chorus as she admits to still missing the person who hurt her.

While the feeling of heartbreak is all too common, what makes this track special is the openness in portraying the contrasting emotions that often come with the end of a relationship.  While some moments may make you feel like you are sitting in on a rant session, other moments feel more tame, trading the fire for quiet moments of reflection that may soon lead to feeling okay again. 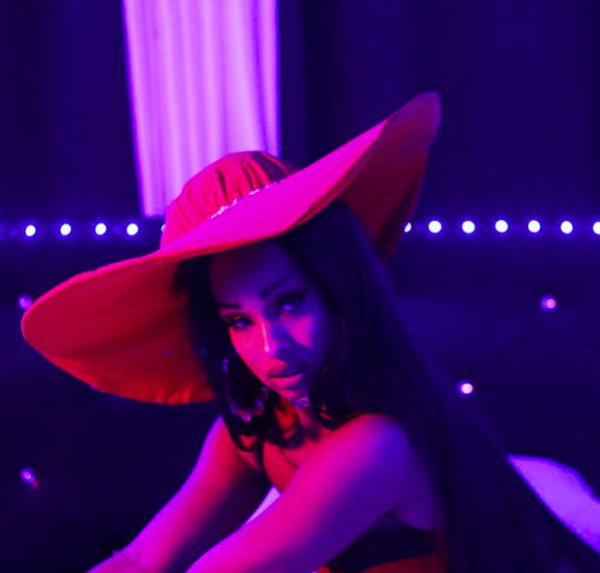 trans trenderz releases “all on me” by lady londyn

If you are looking for a dose of unapologetic confidence, Lady Londyn provides that and more with her anthemic new track “All On Me”.  The track specifically highlights the empowerment of Black Trans women while also putting a spotlight on the importance of their sexual liberation.  As the iconic anthem that it is, “All On Me” is to be played at full volume, paying no mind to the people in the nearby vicinity.  Lady Londyn’s newest release is a celebration of pride and living without regret, letting the world know that there will be no waiting for permission to be happy and free.

Lady Londyn says of the creation:

The process of making this song was really magical. It all started with a bass line that Blxck Cxsper brought to me one evening and while I was freestyling ideas on it they came up with the beat on the spot. There’s something about this song that makes you just feel kick ass and I can’t wait to see the girls’ reactions to it. 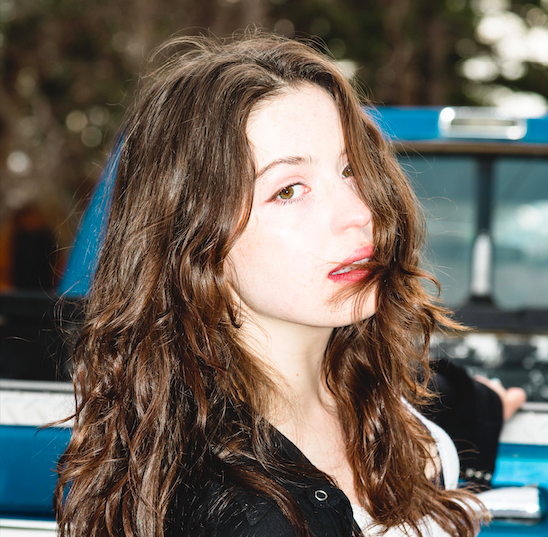 Though she began making a name for herself with her band Alyeska, Alaska Reid is taking the next steps of her career as a solo artist.  Her newly released EP Big Bunny is a monumental step in her own direction, showing off not only her ability to illustrate a story with her music, but also her eccentric vocal ability.  What is to be appreciated is the diversity of subjects that Reid covers, ranging from the hope of moving away from a town that isn’t meant for you, as heard on “City Sadness” and “Boys From Town”, or the yearning for the feeling of comfort and stability that “Warm” and “Pilot” offer up.  The final track, “Blood Ice”, calls for reminiscing on old times that felt more welcoming than the current ones, and it feels like a perfect way to wrap up the stories of Big Bunny.

Reid explores the trials and tribulations that we see in our lives with a release that can easily be described as perfect for those who are looking for something more in life, whether it be a new place to call home or people in our lives who make us feel warm.  With splashes of personal detail, Reid is also giving herself the chance to feel. 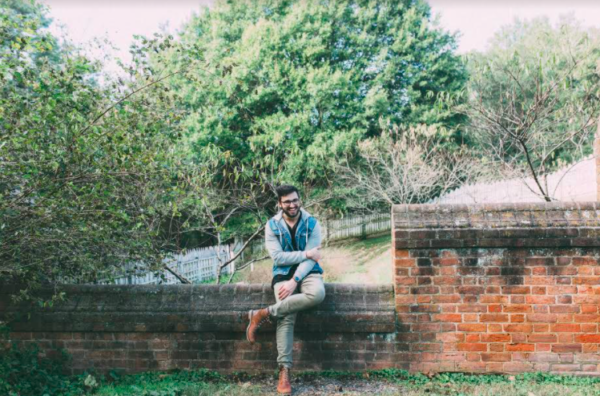 corey pavlosky, “out of my head”

Artist and producer Corey Pavlosky may be used to crafting tracks for other artists, but he’s taking this time to create something personal, and that is found in his new single “Out of My Head”, which shines the frustrating and possibly even embarrassing moment when you profess your love to someone who would rather just stay friends.  Despite the heartbreak, the tune is a more enthusiastic approach to figuring out what to do when facing such a rejection, opting for a frolic through flower meadows type of therapy instead of crying on your bedroom floor.  Still, the track sees Pavlosky struggling to come to terms with how to move on, a common sentiment that could benefit from a playful track like this one.  Eventually, you learn to be alright given the circumstances and that alone is cause for celebration.  The world needs an optimistic look on an unfortunate situation, and “Out of My Head” is the perfect place to find it.

Pavlosky says of the inspiration behind the track: “[The rejection] was obnoxiously painful, but I’m gonna force myself to be happy.” 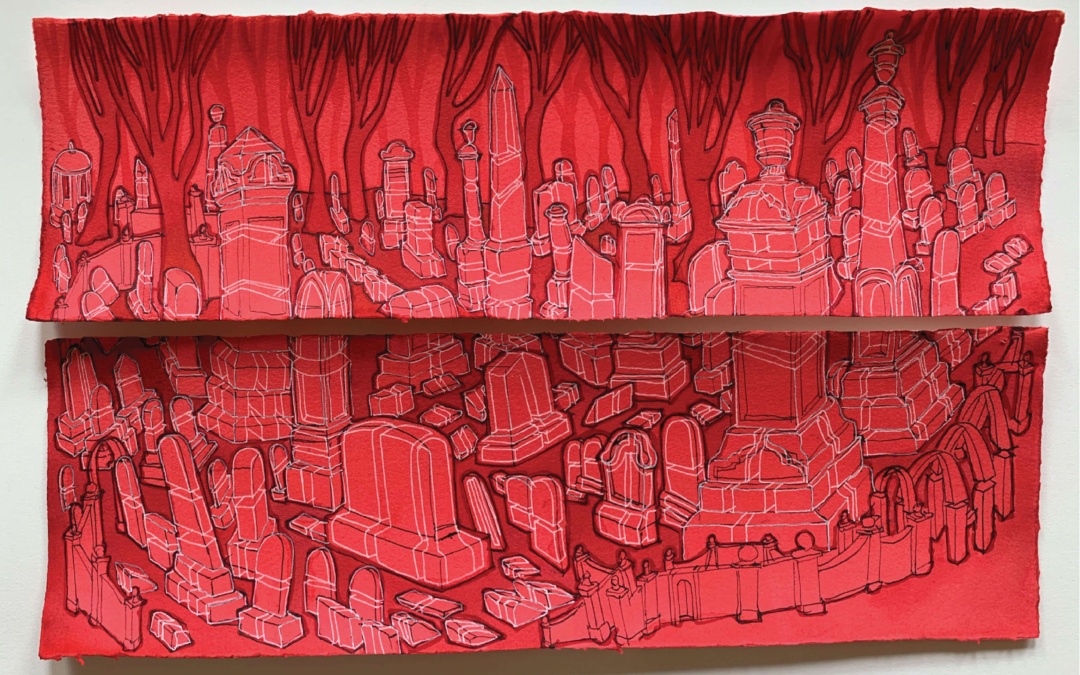 When tragedy strikes, artists often turn to melodies in an attempt to heal the pain.  It was no different for Nathaniel Bellows, who turned to writing to cope with the death of his father.  The result is his forthcoming album Three.  This triumphant masterpiece starts off with “In the Wool”, an address of self-image and finding oneself amidst the chaos of the world.  The heart stopping “Haul Me In” speaks of the need to feel weightless in treacherous waters.  The breathtaking percussion creates the illusion that we, the listeners, are in the danger that he speaks of.  “Split Lip” invites you to step into the feeling of being hopeful despite being surrounded by reasons to be hopeless.  It closes out with “Move Away”, which weighs the pros and cons of leaving a place that has provided you both happiness and sorrow throughout his life.  Here, Bellows reveals his intentions to, one way or another, look to the future.

Three is a raw and emotional record that sees every track masterfully tackling the struggle of falling into a pit and trying to find a way into the light, sometimes by hoping for a shoulder to lean on.  It reflects a vulnerability that resonates with the listener and provides moments of solace and peace. 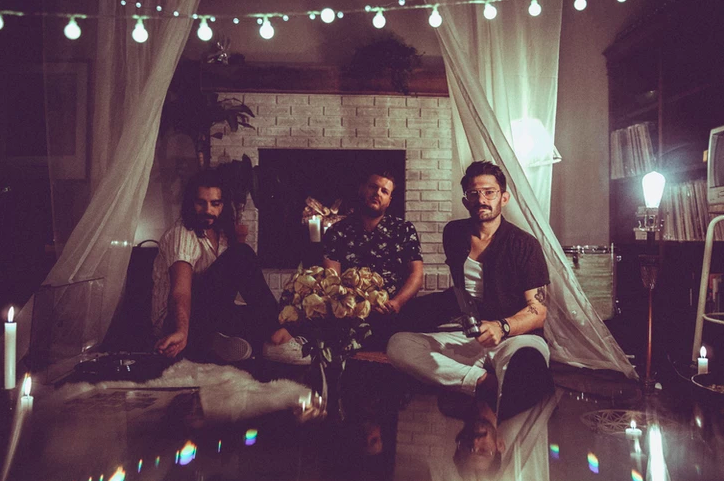 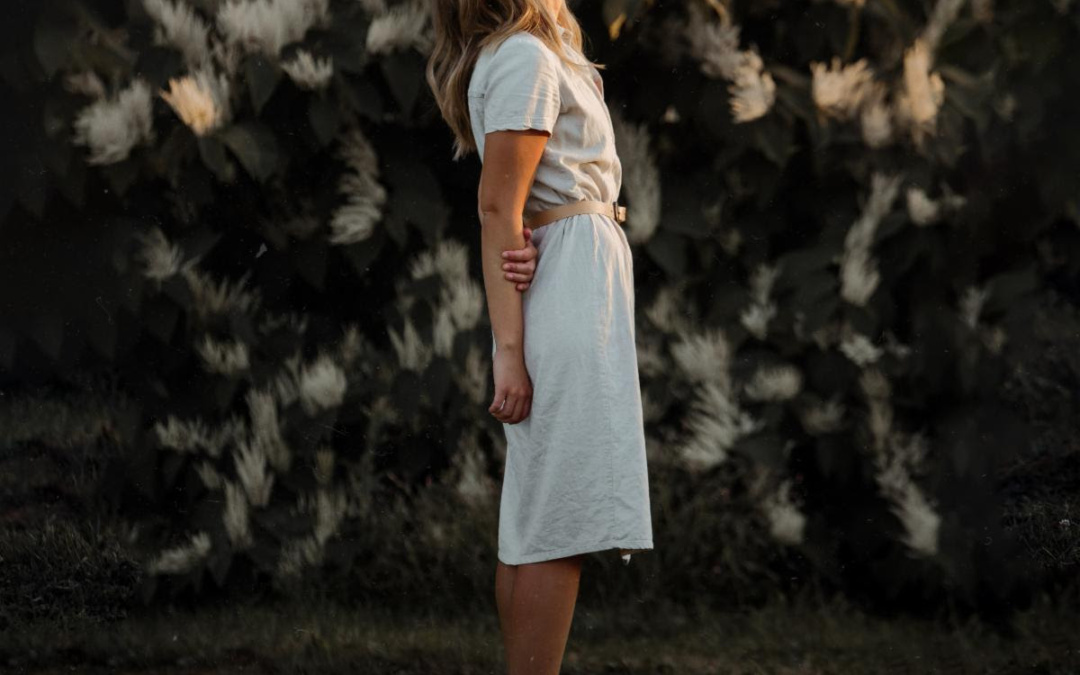 fretland, “do you think of me”

Standing in the fog at the end of a relationship, you may be tempted to ask that one terrifying question.  Fretland are unafraid to approach this question on their new track “Do You Think of Me” with just as much grace and wonder as pain and sorrow.  With two equally captivating vocalists at the mic, the story of two people going their separate ways comes to life.  With the help of just an acoustic guitar and a glimmer of piano, Fretland create an intimate conversation illustrated by revealing and open lyrics that paint vulnerability on the former lovers’ sleeves.

“Do You Think of Me” is a testament to how even the seemingly simplest of situations can have their layers peeled back to reveal complex emotions and struggles.  After all, we humans are complex beings and the members of Fretland know this all too well. Brainchild Hillary Grace Fretland reveals:

I want to understand all parts of me that make me human so that I can share them, and so maybe someone somewhere recognizes themselves as the villain and learns to love themselves anyway.  There’s so much shame in a failed relationship, we always want to know who’s at fault. It’s never been that simple for me. 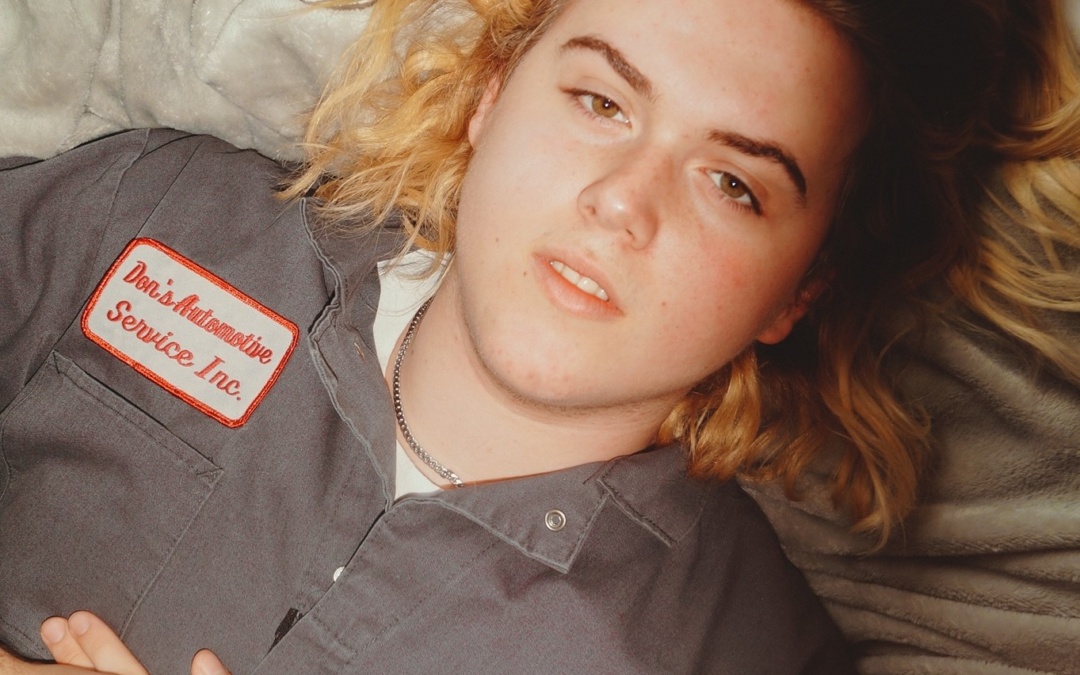 oscar lang, antidote to being bored

If you have been sitting around looking for the perfect way to entertain yourself as a cure for your boredom, it is perhaps most appropriate to turn to Antidote to Being Bored, Oscar Lang’s folk-rock experiment.  Lang promises a high-volume experience with his newest release, starting with the EP’s title track all the way down to the final track, “Something Has Changed”, and every track in between.  The entire track list is a blesses us with piercing electric guitars and bewitching melodies, perfect for both your winter run around the block or your quiet fireside music listening sessions.  What makes this release stand out is the ability of every song to fit different moods and still be a fantastic choice.

Lang says of the EP:

I wrote Antidote to Being Bored to be an absolute blow-the-roof-off-the-stadium rock banger and I think it lives up to that. I wanted to get a little darker with this EP, while continuing the sound of the previous one. I feel like I really found a style of music that I love and am just excited to play. So, this release was all about developing that sound further.