On his new album Beautiful Machine, Matt Boroff ventures into unknown territory to examine our relationship with technology.  While Boroff has been making music for years, this album finds him still evolving the way artists should.  Boroff compares the tracks on his newest release to episodes of Black Mirror, and this comparison is an appropriate one.  With dark and sometimes dreary tones running throughout, one can easily see how these tracks could end up as the soundtrack for the show.

The first track, “Beautiful Machine” is a perfect start, representing the dark vibes that the rest of the album gives off.  As the title suggests, it also is a perfect way to get us thinking about our relationship with technology.  “Trust” is the realization that we cannot depend on everything around us.  While this track gives off some political vibes, it also can easily be related to what we see online.  Another stand-out track is “Echo Chamber”, which speaks of the frustration of having your voice lost in the mix of millions of others.  Boroff closes out with “Future Crimes”, a chaotic look at our online world, one that declares nobody is innocent. 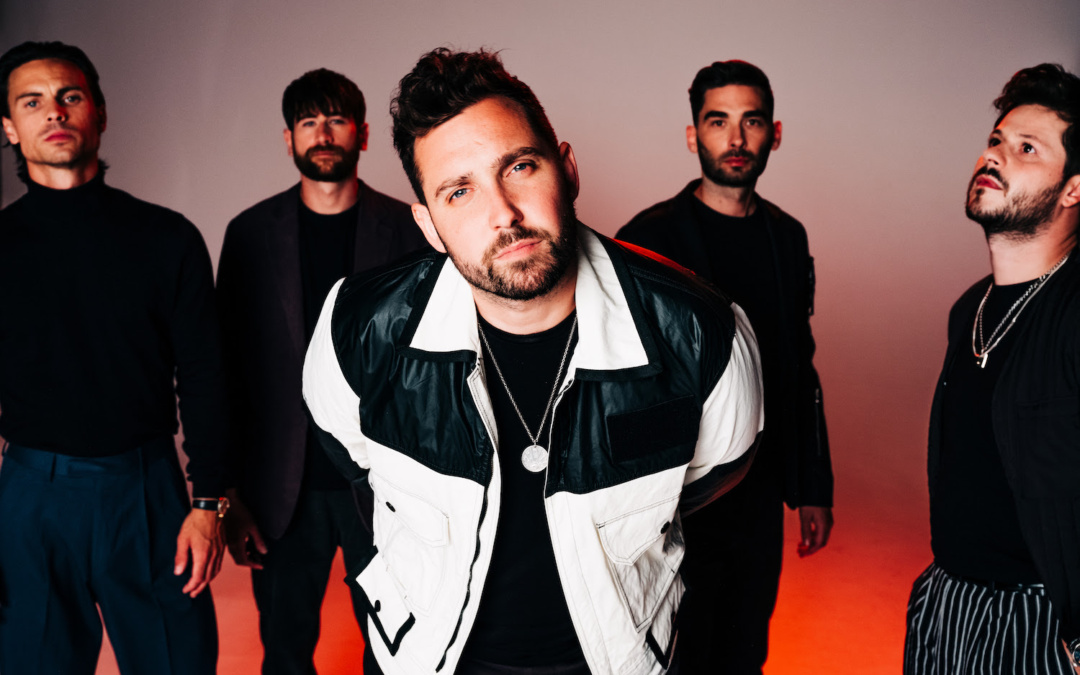 you me at six, “adrenaline”

British rock band You Me at Six have delivered a moody turned explosion of a track with their newest release, “Adrenaline”.  This is to say that the song eases you in with a gentle, soft verse before blowing you away with loud and catchy chorus to ripple through your mind.  I can only imagine what it sounds like in a room full of people at a live show.  The chorus isn’t nearly the only mind-blowing thing here.  The moments leading up to the chorus are a direct contrast to the subsequent parts, with just a vocal and gripping melody to prepare you for what’s to come in the rest of the song.

The song’s dark sound matches the lyrical content to a tee.  Appropriately, the listener is taken to the possible dark side of our personalities and the struggle that comes with balancing our thoughts while still being who we are.  The sonics of the track amplify this idea, creating a world filled with intense emotions.

Lead singer Josh Franceschi says of the track: “Adrenaline is about understanding & accepting the capacity we all have as humans to have split personalities. Coming to terms with the idea of co-dependency.” 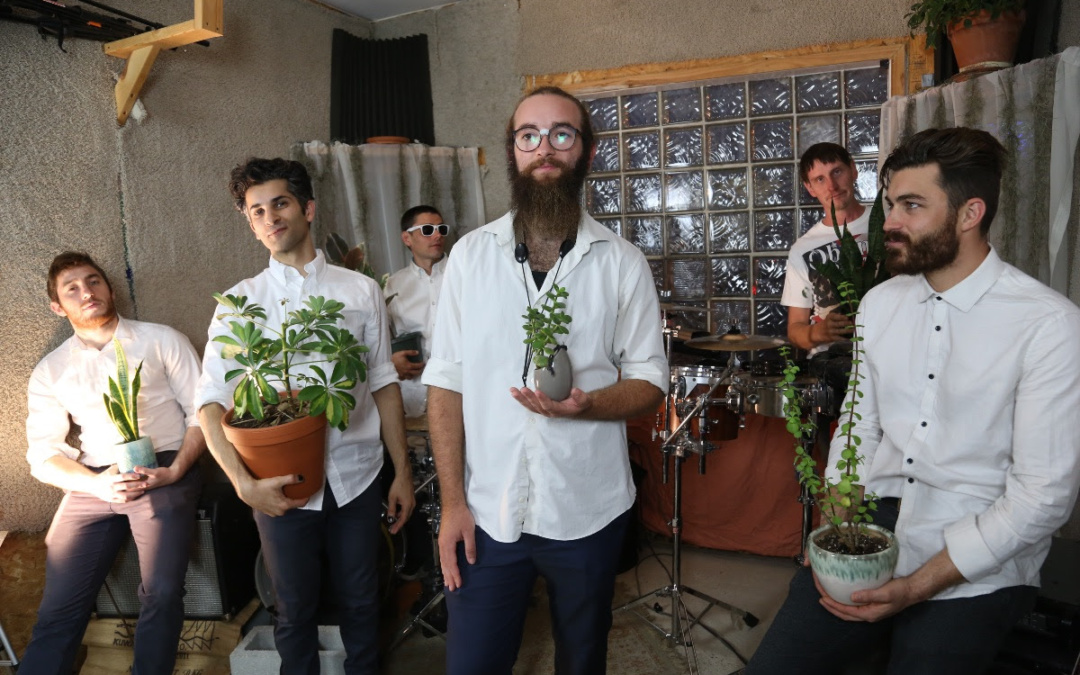 kuwaisiana, “cymbal of this city”

Being faced with the daunting task of starting over in a new place and experiencing loneliness in the process can be an overwhelming and exhausting preposition, one that makes you feel like isolated and alone.  Kuwaisiana’s newest release “Cymbal of this City” takes us on this journey, one that includes all of the sounds of a new, busy place and all the thoughts that we sit with while in solitude.  The explosive, head turning tune features the groove of a heated electric guitar and invaluable horns as an introduction, creating the feeling of the opening of the new superhero movie set in New York City.  The lyrics work with the instrumental to create a picture of a city filled with music, where,around every corner, there is a new sound to get you through your woes.  The band manages to pose some of life’s most pressing questions while creating an extravagant, catchy breath of fresh air.

A song about finding purpose and establishing your voice in the face of loneliness. This song was born out of a desire to overcome alienation. Something I experienced a lot after moving to the US, particularly in urban life. Once I introduced the song to the band, we were able to elevate it with a driving force and a catchy hook! Probably the only true ‘hook’ on the EP actually. 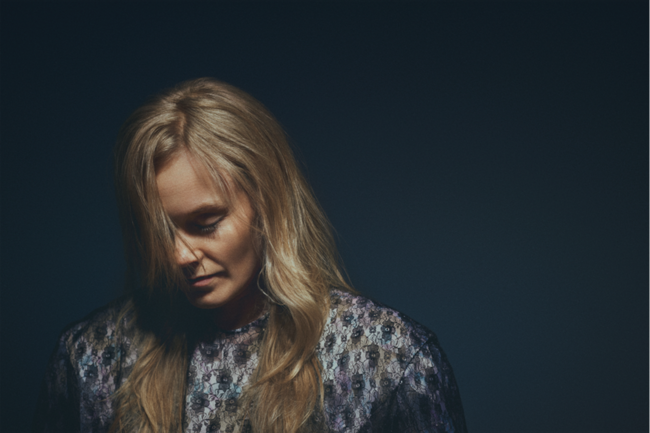 The video for Ane Brun’s track “Crumbs”, from one of her two newly released albums “After The Great Storm” (the other is How Beauty Holds the Hand of Sorrow), is a brilliant showcase of emotions.  Each scene is a carefully woven story of pain and love and the lessons that come along with both.  While some scenes show us the seemingly picture-perfect life of a happy family enjoying the company of one another, the heartbreaking truths are revealed beyond the smiles and the laughs.  Various cuts to the picture of unhappiness and yearning create a sobering reminder that there is more than meets the eye.  The very last shot offers a glimpse of hope that we can still find our way to feeling content and filled with joy somewhere down the line.

Brun says of the new albums:

Even though I wrote most of them before this whole pandemic started, I feel they all have a message that fits the situation we’re in: frustration over the state of the world, how to grieve for a loved one, existentialism, love, relationships, loneliness, inner struggles, sleepless nights…I guess they’re just about being human. 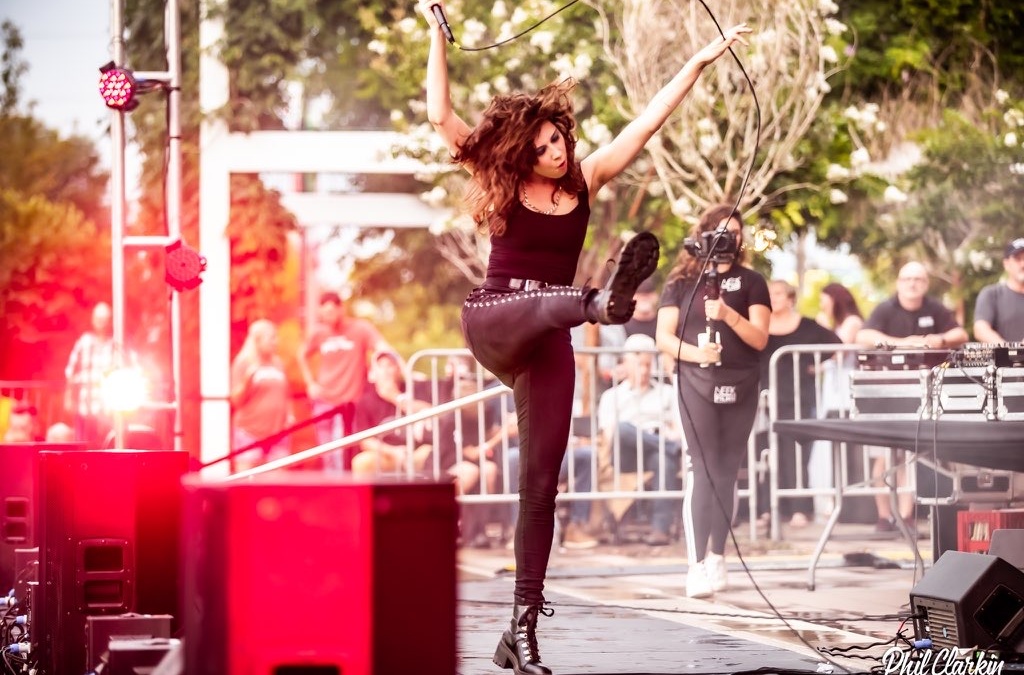 When Dwight Twilley wrote and released “I’m on Fire” back in 1975, he probably wasn’t expecting it to be covered decades later, complete with a fresh video.  Well, maybe he was!  Who’s to say?  Either way, the cover, featuring vocals from Sarah Frick for Back to Paradise: A Tulsa Tribute to Okie Music, is stunning, and the video is a perfect visual that beautifully highlights the rock n’ roll essence of the track.

The video itself is a bit like a montage, with some shots showing Frick trying on different outfits before cutting to a scene of her rocking out, drink in hand.  Of course, we also get to see Frick prancing around in the quiet nightlife, still being the rock star she knows she is.  Not only do we get to see the fun nature of the track played out visually, we also get to watch an empowered badass female take on the night in true “empowered woman” fashion.  I can’t think of a better way to pay tribute to Twilley and the music of Oklahoma.

The album is available now. 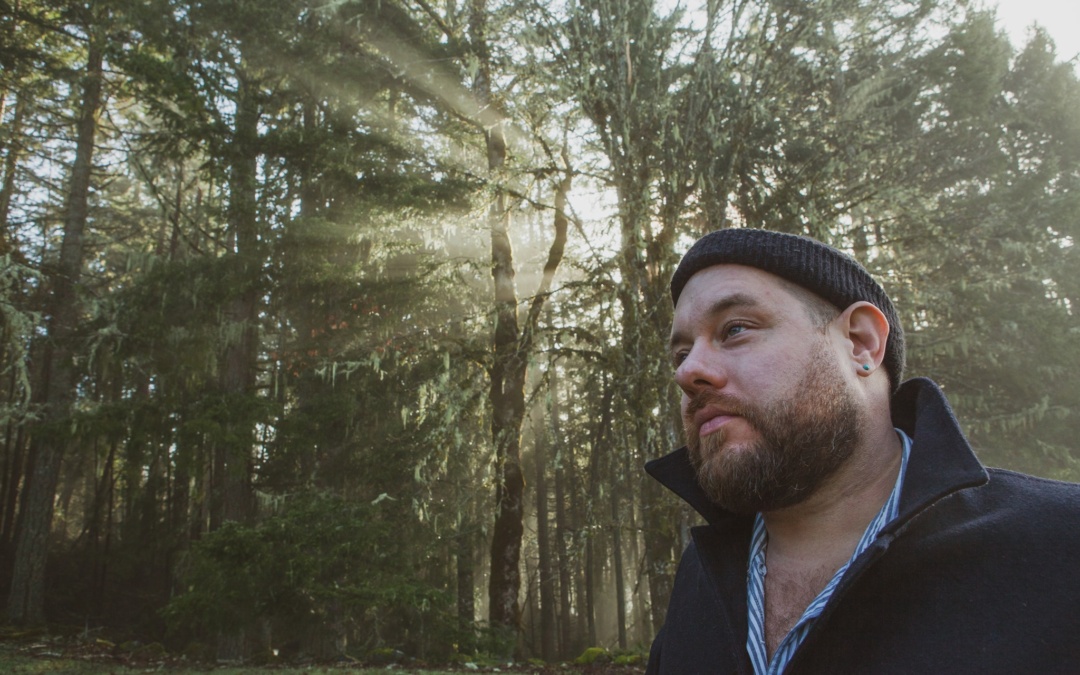 In his new song “Redemption”, Nathaniel Rateliff sings of wanting to escape the ghosts of his past that continue to haunt him.  You would be forgiven for thinking that he was actually writing the song about his own life instead of an upcoming movie.  The track, which was written for the Apple Original Film, Palmer, takes the listener on an emotional journey, one that is the perfect look into the trials and tribulations of the film’s main character.  The movie is a story about trying to live a normal and trouble-free life amidst feeling like everyone around you is working to tear you down, and Rateliff’s yearnful track highlights this perfectly.  After watching the recently released trailer, it is clear to see that Rateliff managed to successfully put himself into the shoes of the main character in order to create a compelling addition to an already gripping story.

Rateliff says of how he became motivated to write the track:

When I was first asked to write a song for Palmer I was told what the film was about and where the song was going to be used. The melody and the opening line came to me immediately. But it wasn’t until I had a conversation with Justin [Timberlake] that helped me to put the song together. He said the film was about redemption. I saw that in the characters and did my best to add to the scene in the film. 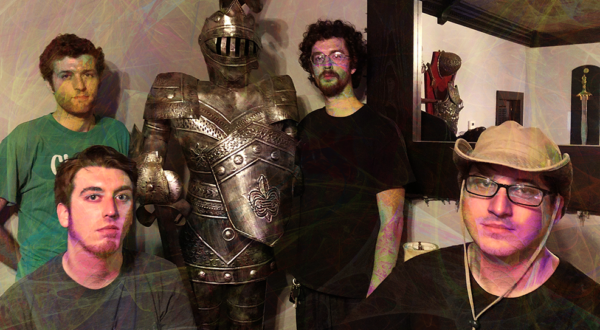 them jones, “here comes the dark”

When it comes time to give the 60s music scene a run for its money, you can look no further than the band straight out of Philadelphia known as Them Jones.  Their newest track, “Here Comes the Dark”, off of their recently released album, The Dark, is sprinkled with all the bells and whistles one could need for a spiced-up track.  It might be one of the most sonically intriguing songs I have heard recently, with something new to look forward to while turning every corner.

But beyond the sound itself, the lyrics capture a seemingly rare glimpse into the mind of the writer.  The story being told here is the struggle between feeling on top of the world, but with the threat of the dark always looming.  The specificity we encounter with this track feels too good to be true.  While being so specific may often lead people to not connect, Them Jones are here to provide the opposite effect.  In the end, they are successful at putting a mirror to the person listening, asking them to also dive deep into their inner self, just as they have done themselves. 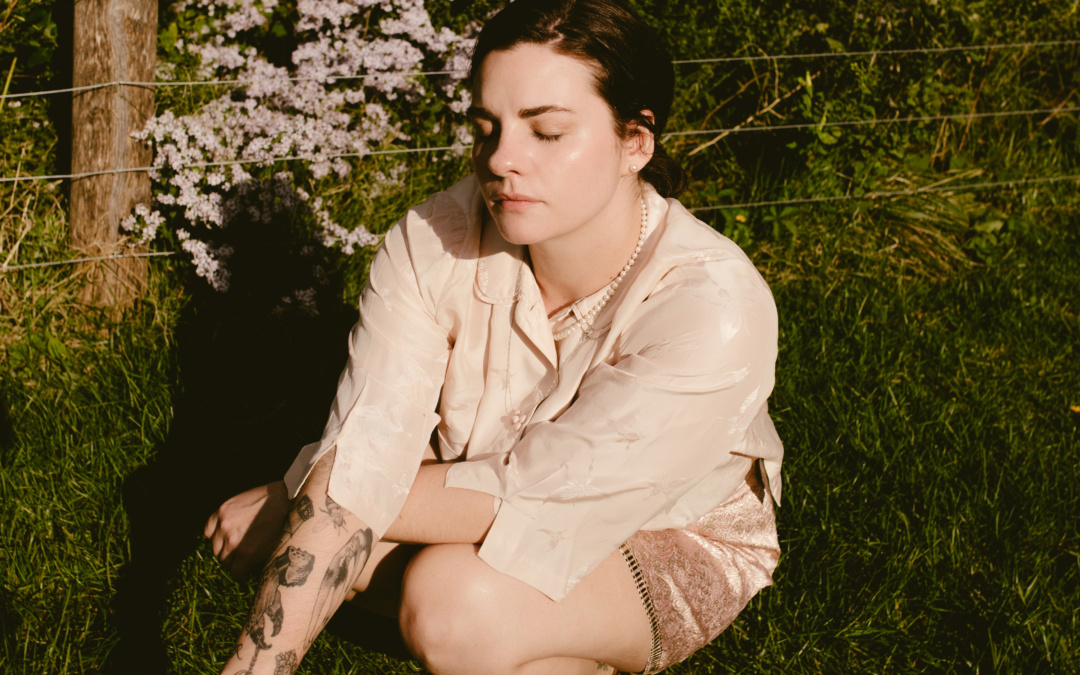 Upcoming singer-songwriter and Brooklyn-bred talent Daemes released her debut single back in November, but not to worry, there is still more to look forward to.  The video for the track is here and is every bit poetic and emotional as the song itself.  Cleverly, the video features old clips put together of Daemes’ grandparents, an illustration of their own love story and the one being sung about.  While doing so might have been a bit of a risk, it was a risk that resulted in a new life for the clips, one that hears the fullness of a synthesizer and darkness of a fall evening.  What all of this goes to show is that a love story doesn’t have to be confined to only one decade.

While an initial listen to “Riptide” sounds like the present day, one watch of the visual reminds you that love and music can very much transcend time and go beyond when it was created, and what an ethereal experience that is. 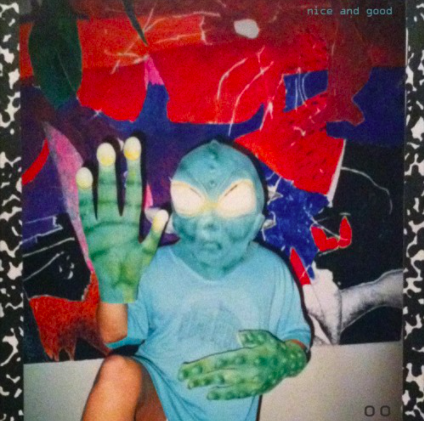 Alternative rock outfit out of Phoenix, OO, are expanding their loud, energy-driven sound with their newly released EP Nice and Good.  The 5-track rocker is the perfect collection of mostly loud and fast tunes sewn together in perfect harmony.  The opener, “runnin’”, is a classic up-tempo show starter that relies on heavy drums and mind-blowing guitar licks to get stuck in our heads.  This is similar to the warmth of “sizzlin’ sun”, an appropriate track title for an Arizona-based group.  The mid-tempo stride of “family fool” is a late-night campfire tune with a sound bordering on country, perfect for a mid-summer camping trip deep into the woods.  There is an angst to “eating wurds” that feels nostalgic, while the EP’s closer, “fizzle and fry”, creates the perfect fade away and look onwards to what may be coming next.

OO promise a solid rock experience, filled with flavor and effervescent instrumentals.  A taste of their music is a taste of the rock music scene at present, and we love every last bite.