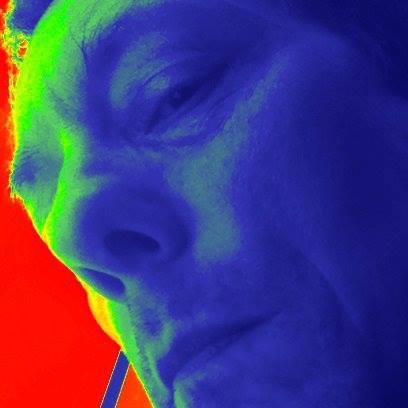 “How can I believe” is the first track from Steve Barton‘s latest album Tall Tales and Alibis. “How can I believe in God when you’re the one who’s divine?”, that line is absolutely brilliant. Part 1 of this 3 album release is filled with predominantly acoustic, folk-ish style music with a lot of great vocal harmonies. “Shadow of the Bride”, even with it being acoustic has a hint of some old punk influences as the song speeds up and states, “I don’t know what to do, I don’t know what to do, about you.” There are some elements of surf rock, old punk, and David Bowie. Steve’s vocal range produces a low, soothing, yet haunting tonal quality similar to Johnny Cash.

His diversity comes as no surprise when you start turning the pages of his resume. Having a publishing deal at the age of 14, touring in a Beatles cover band, and in 1979 forming the band Translator. Some would go as far to say Steve and Translator were the first actual “alternative” band.

Part 2 of the album is more melancholic. It’s as simple as a man and his guitar. A more serious and emotive feel that opens the door to explore his depth a little further. “Haunt me tonight” being the most upbeat track on part 2, shows no shortage of Steve’s amazing way with words that really paint a picture you can see and feel.
“Promises and miracles pour like honey down the street.” Grim yes, but man, why didn’t I think of that. He is truly the master of analogies.

“Wake up in roses” begins Part 3 and does it full on. Horns, full band, rawk, and roll. It’s astounding this is the same guy. Like a change of season, this 37 song triple album release covers every spectrum you could ever desire. For me, the true shining moment on Tall tales and Alibis is “She is the girl.” Returning with a blues style that is complemented by an organ creating a nicely dusted and subtle psychedelic aftertaste. The beat is straightforward, simple, and that perfect repetition that makes you just zone out into the song. So I was little disappointed when the song ended, that so could have kept going.

Seriously, if you have never heard of Steve Barton, let “She is the Girl” be the track that opens the door. He has captured the fantasy and reality of “that girl” far better than Sting did with “Roxanne.” The entire album is loaded with actual storytelling style songs that do not skimp on originality or brilliance.