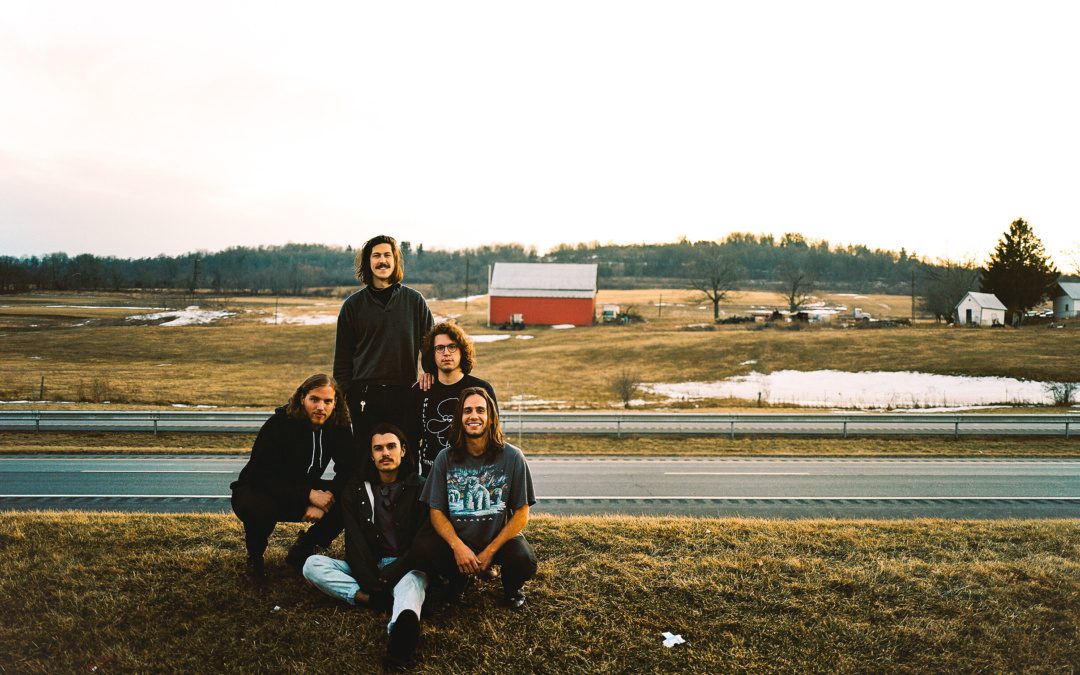 Starting out in 2014 from Chicago Illinois is the recently signed road warriors and psychedelic rockers Post Animal. No joke while checking out their Facebook page, I was scrolling and scrolling through posts that were all tour stops throughout the U.S. dating back more than a year.

Hitting the road and pounding the pavement with their signature brand of music you swore you’ve heard before dominating radio waves in the 80’s, this 5 piece has been gaining attention, entertaining the masses, and will be hitting the road yet again in support of their debut full length album, When I Think Of You In A Castle appropriately available on 4/20 through Polyvinyl Records.

“Ralphie”, the band’s first single from the album, begins with an 80’s commercial pop synth line that becomes layered with a scale familiarly reminiscent of 70’s classic rock guitar riffs. Even with its commercial appeal, the first 21 seconds are a very technical and dynamic attention-grabber.

Originally a 6 piece group, Post Animal released an EP in 2015 and a collection of singles in 2016. Given the success and demands of Stranger Things, drummer Joe Keery, “being a member since the bands’ inception”, his role is stated as being “and inactive touring member”. He does still contribute and you can hear his vocal talents on “Ralphie”.

To sum it up, get out your blender and grab an 8-track of The Byrds’, a summarized memory from Woodstock, a record from Kansas, a cassette from Gary Numan, a VHS copy of an 80’s Revlon commercial and a Police CD. Post Animal have the ingredients that make aqua net girls bop their heads and smack their gum in unison, and make the high school douchebags lift the Firebird’s T-Top, roll down the windows, crank it up and squeal tires pulling out of the parking lot.

Pre-Order When I think of you in a Castle available through Polyvinyl on LP, Cassette, CD or digital download and be sure to catch Post Animal on tour and as a part of The Shakey Knees Festival in Atlanta GA this May.