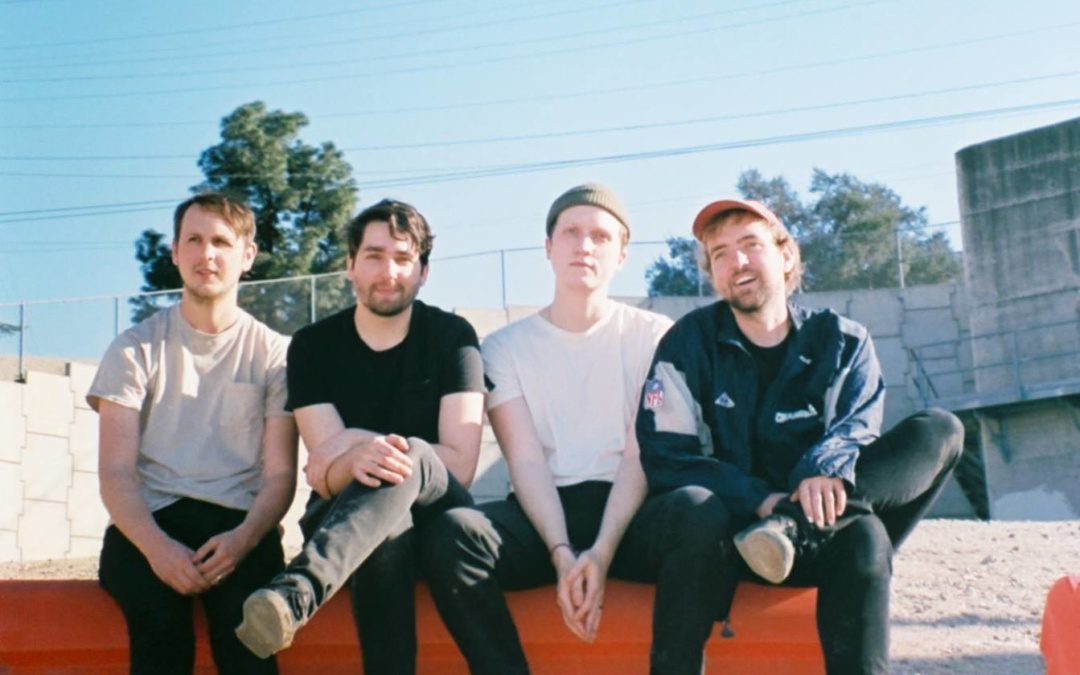 Founded in 2013, this up and coming L.A. alternative indie rock band Goon is celebrating their recent singing to Partisan Records. Success is coming quickly for these guys and the reason why is easy to grasp. Their latest single “Choke Throat” plays like a soundtrack to a suspended gaze to the skies. Vocalist Kenny Becker has said the song revolves around a surgery to correct a sinus condition and the after effects that followed. A feeling of throat closure led to what we get to hear as “Choke Throat”.

Starting out with an acoustic sway “Choke Throat” is joined by vocals that echo down a long hall and drone with melancholic subtleties. What has started as sad converts into eerie as sounds in reverse are inserted and a percussive sound picks up the pace and ads texture. The gentle abstract sway also features a touch of saxophone that progressively rises from the distance and takes center stage. If joined by an orchestra the song would have taken the direction of cinematic, the use of the saxophone takes the mood to a jazz induced eye opener. If I hadn’t told you what the song was about, the music alone would make it sound like a more introspective moment about the pondering of life. “Choke Throat” is one of those songs that can be interpreted in many different ways. A benefit of this is that it will affect many people as they will take what they need from it. When the chorus section becomes more full and robust the song doesn’t seem so sad. It feels like the light at the end of the tunnel.

Partisan will be re-printing Goons two self-released E.P.’s Dusk of Punk and Happy Omen, pre-orders are being taken now and are set to ship out July 13th. You can secure your copy, which will also feature “Choke Throat”, through the band’s Bandcamp page and more order details can be found on their website. Don’t forget to follow them on Facebook.

If you happen to reside in one the town Goon will be touring, defiantly grab some tickets as they are one of the few “must see” bands that are rising fast. This could be a rare opportunity to see them in a smaller environment before they end up arena giants.