everybody hates you, but “donnie wants you dead” 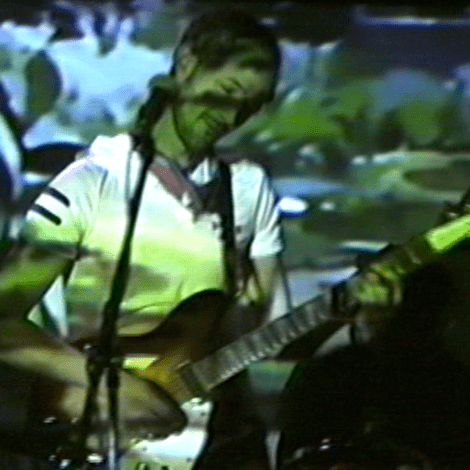 Well, maybe. “Donnie wants you dead” is a teaser single from Seattle based Powerbleeder from their new album GUSH that is slated for release on April 10th.
My first impression was “sounds like Seattle”, the standard grunge sound that has become a symbol representing an overcast sky and sloshing around in rain puddles. Then a bit of a change in weather as the verse begins and enters an alternate sky that is as sunny as the summer days in California. “You can fill the crossword without really even trying” grabbed my immediate focus dead center. Each verse is followed by a repeat in a camp-fire group style, and the overall sound becomes a little Beatle-esque. As much as this track makes you want to join hands, pick up a tambourine, and sing along, listen closely because it isn’t all Mento’s smiles. The actuality of the lyrics and the way Powerbleeder has a fun way of saying some things almost makes you miss the sarcasm of a bleak message.  With the line,”You sent a bud bug to the White House overnight”, it sounds so upbeat, like it was a good thing, when in all honesty if that line was spoken normally my response would be, “What a dick, those things are hard to get rid of.”  I can see the actions of someone wanting somebody dead becoming very clear.
The music at times becomes powerful and the guitar line is evocative of scales used in jazz.  The transitions build up smoothly and reveal theoretic capacity in instrumentation and song structure making it hard to say, yeah they are a pop-ish rock band. Pop is so simple, and while “Donnie wants you dead” retains catchy pop hooks, what lays beneath the playful memorable song standard is anything but standard.  If you’ve ever felt impure of mind or had some choice words you want to throw at someone, do it in style. Powerbleeder leads the way and makes it fun. You’ll see, once you check out “Donnie wants you dead” and you later find yourself walking with a spring in your step, singing it happily aloud while snapping your fingers with a smile across your face.
And if that is not enough joy in your life you can Pre-Order your copy of GUSH from the band’s Bandcamp page for only $4.