danny laj & the looks, “left right to one” 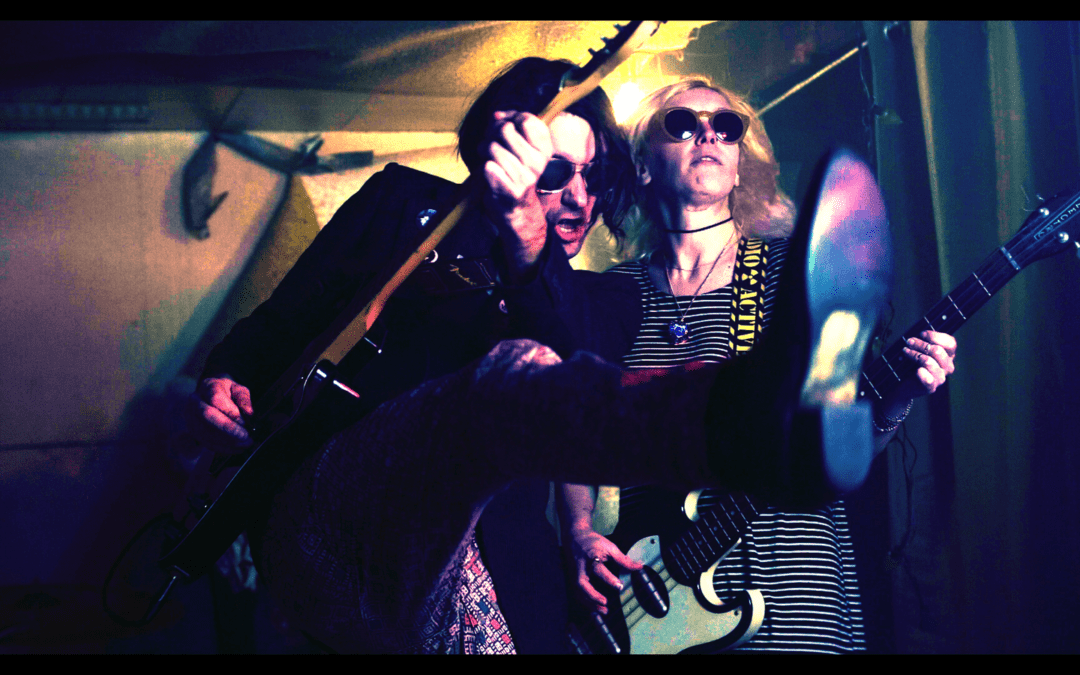 Power pop rocking Canadians Danny Laj & The Looks have a new single ‘left right to one’ that was released digitally on March 30th, 2018. I went and checked out the bands’ bio and was instantly intrigued when I read their influences. “Peanut butter and banana hotdogs.”

That kind of humor will give you some insight into what to expect musically. This has got to be a fun.

And sure enough “Left Right To One” is nothing short of a fun-loving feel good song.
The track starts up like a loud high energy pop rock freight train right out of the gate.
Laj is a Canadian scene veteran who has put in his time working from the ground up and has established a sound that is reminiscent of an old-school fun pop-rock guitarist.
“Left Right To One” is a witty and monumental tribute to sharing interests, life experiences, and enjoying rock n roll with bassist Jeanette Dowling. A true celebration of a unity that was written in the stars. Rounding out the rest of the band are members Mike Duffield – Drums and Dan McMahon – Keys. With a surf rock vocal style, a George Thorogood guitar style, a faint organ in the background and non-lexical vocables in the chorus singing,”oh la la la”, “Left right to one” will fill the air with old-school radio power pop rock good times with a modern approach.

I loved the mid-song breakdown how everything got a little quieter with light backing vocals, steady bass, palm muted rhythm, and gentle drum taps that gradually led up to a powerful guitar solo. The solo is an in the pocket groove more so than and egocentric scribble of notes. “Left right to one” is melodic, upbeat, and instills a great vibe. All these things combined kinda make ya wanna open the shades and dance like no ones watching as you grab your broom and use it as a microphone… and maybe do a little air guitar on it.

To get in the good times be sure to follow Danny Laj and the Looks on Facebook and pick up a vinyl copy of the single “Left right to one” through their website.