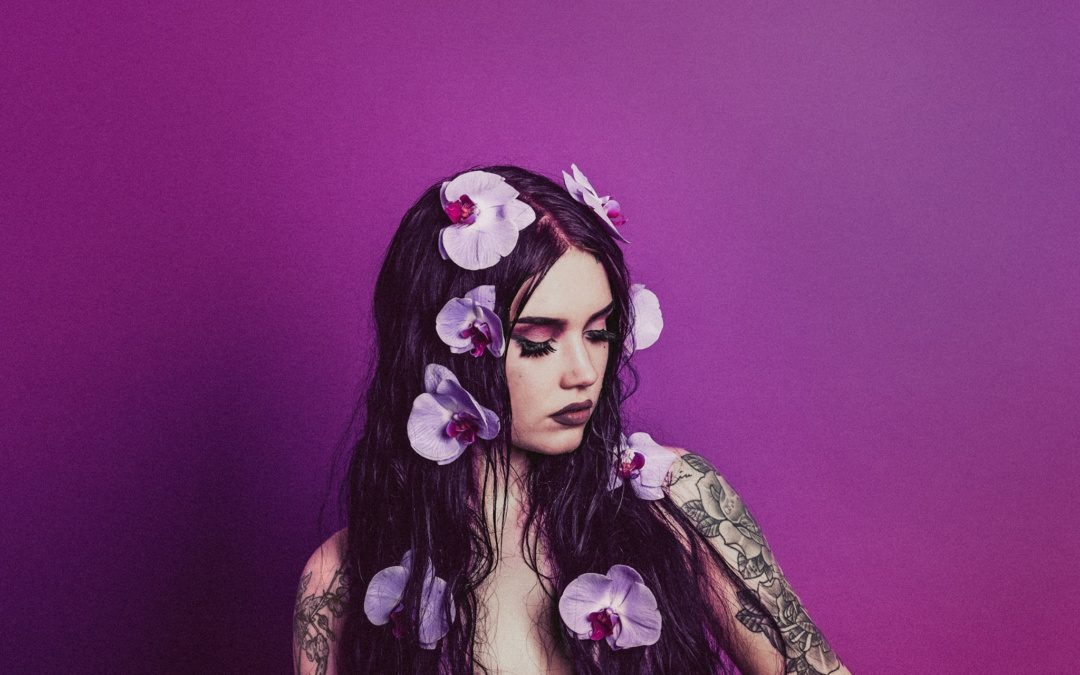 This is awesome. I’m a contradiction as I describe Ängie’s sound as smooth, subtle and in your face. But I bet I sparked your curiosity. From Sweden is trap pop artist Angie. Her debut album, suicidal since 1995, is set to drop on April 6th 2018 through Universal. This album is full of soothing bass, 808’s, and lounge-style vocals. If you are uptight or sheltered this album will pull your panties right out of their wad.

If you are easily offended, this may or may not be for you. The overall reception since Angie started up has been a 50/50 of love/hate. I absolutely love her straightforward, to the point, and consciously realistic lyrics. Let’s face it life isn’t all bubblegum and rainbows. The album’s opener, “Dope”, is smooth, sexy, and lyrically states, “If I’m also on dope when I make music, maybe my music will sound like dope.” Ängie described the track as, “a love song, but within it, I confuse love with the rush for music and drugs. It’s a love song to music, dope and the person that makes me wanna fight for it.” That statement is well back by the tracks verse line, “You got a place to rest and that’s between my thighs I press against your chest and then I realize.” “Here for my habit” depicts the relationship between the addict and the dealer and when the dealer pushes sexual advances. Thank You but no Thank You, “I’m here for my habit.”

It seems there isn’t a shortage of critics who are appalled by Ängie’s lyrics, image, and at times “fck you” attitude. This has me semi-thrown considering the lyrical content of death metal and gangsta rap. It cannot be because she is a young female since there have been female artists like Cycle Sluts from Hell and Liz Phair who were pushing the envelope in the 90’s. Is it geographical? Sweden has given us a slew of melodic death metal bands and industrial artist Tim Skold. Ängie referred to Sweden as being “too sensitive.” (Get with the times, folks. Women aren’t cooking, cleaning, Holy Homemakers anymore and haven’t been for quite some time.)

Ängie has an astonishing vocal talent. A jazzy lounge style but with an Adele type of projection in the way that it seems to come effortless and more soulful than produced. Laying predominantly in the veins of electronic, trap, and chill, there are at times R&B hints. Suicidal Since 1995 is pioneering the continuous push for expressive freedoms. Musically the production value is above par and if you have some good subwoofers in your trunk, you’ll get the best back massage.

The album closes out with a great interpretation and revamping of The Velvet Underground’s ‘Venus In Furs’, which is hands down one of those songs you cringe at the thought of someone butchering it, but not in this instance. Surprisingly she not only did it justice, but she nailed it dead on.

Ängie has a lot of history that I don’t have enough room to write about here, but here is hoping you dig a little deeper into her past and how she defines herself and music. There is more than meets the eye. Her talent deserves applause not only for her ability as a musician but her willingness to go against the grain and express herself.

Don’t forget to follow Ängie via Facebook. She is definitely an artist that belongs in your playlist.