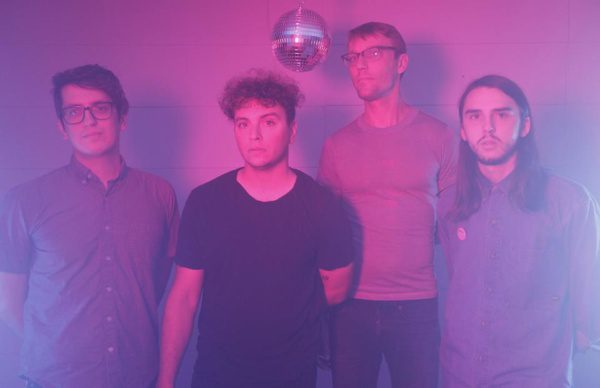 After releasing their single “Chorus”, front man Nate Cardaci of Literature decided that he would assemble a band that would act as an outlet for songs of a similar vibe. This is what brought about the birth of one of the newest groups to enter the indie-dream pop scene. Along with several other members from the original Literature group such as Steven Garcia and Seth Whaland as well as recruiting new friends such as synth player Ian Jensen. With this new lineup the newly formed Très Oui was able to show the music world what they had to offer.

Even though the full album Poised to Flourish will not be released until February 9, 2018, their single “Red Wine & Dry Ice” already has fans on the edge of their seats with anticipation. Not only have they used Jensen’s synth skills to create a unique sound, but they have also incorporated lots of jangy guitar loops that has strong 80’s overtones and beach-worthy vibes. In the words of the group, “We want the songs to be in your head, but we don’t want to force our way in there. More of a hug than a handshake.” This young, new group has emerged and is hitting the music scene with energy and excitement that is worth keeping an eye on.

Keep up with Très Oui here.