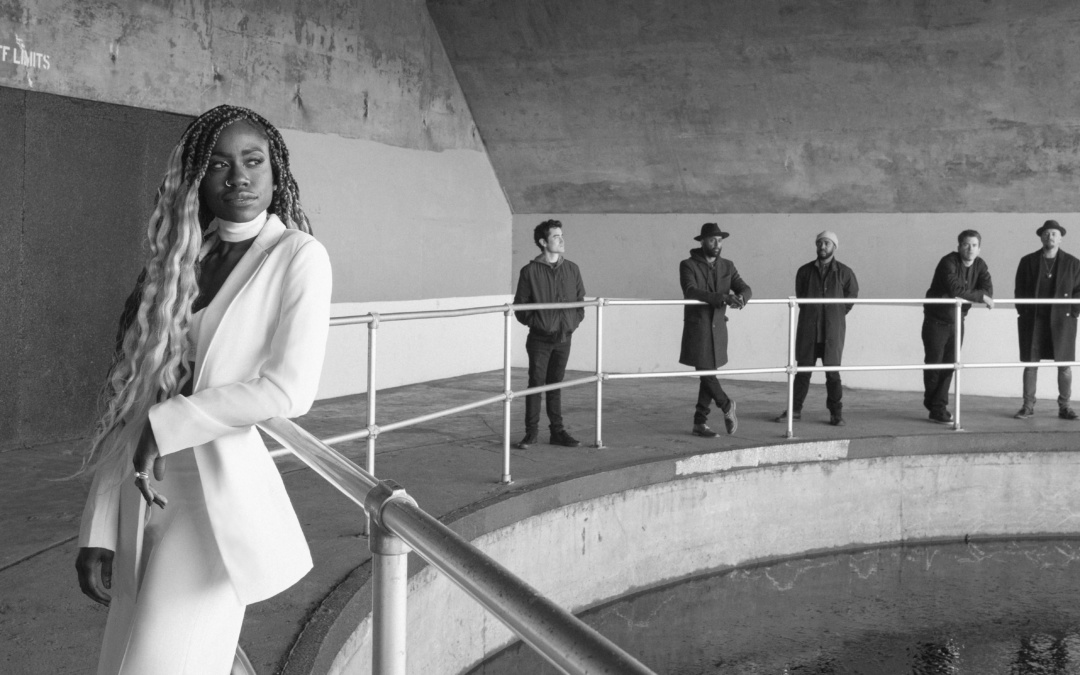 San Francisco Bay Area group The Seshen are releasing their third full-length LP, entitled CYAN on February 28th. Inspired by the group’s experience while touring the United States in support of their 2016 release, Flames and Figures, CYAN is fueled in part by the heaviness that the band inevitably felt as they witnessed political and social issues firsthand during the 2016 presidential election, which happened to be occurring while they were on the road. The group’s vocalist, Lalin St. Juste, also looks inward for the work, drawing on her personal battle fighting depression. Inspired by a color that the group considers to be “both soft and strong,” the band unravels their progressions both as individuals and as a band for the LP.

The album exists somewhere in the realm between the real world and a dream world, presenting itself as a drifting cloud of electronic sound with St. Juste’s grounding vocals being the exact right flavor of complimentary juxtaposition. The sound itself feels three-dimensional, slyly tricking listeners into believing that they could reach out and touch it if they only tried.

Standout track “Don’t Answer” showcases the soft side of the album. It rises and falls like a gentle slumber, somehow still feeling angelic as it brushes heavy subject matter. St. Juste is an ethereal force to be reckoned with, supported by heavenly strings and floating background vocals alongside her breathy vocals that make for an all-around dream of a track. Despite its soft nature, the track was inspired by St. Juste’s own struggles to get out of bed every day as she fought depression. “Depression can grab a hold of you and it tries to stop you from breathing… but each day comes and each day I choose this life, I choose my truth, I choose to push through” the vocalist says. The positive light that she chooses to view her battle with is in turn cast over the beautiful song, making us all feel like we can breathe again.

“Can’t Pretend” has a completely different feel, but the trend of ethereal vocals continues. St. Juste’s voice carries her listeners into the high heavens where this album seems to reside comfortably as she navigates her falsetto with grace and ease. The instrumentation feels cool and modern, with a mesh of sounds coming together to form the echoey space that the track manages to exist in.

“Dive” continues to delve deeper into electronics, with the trippy electro-feel of this track making you feel like you’re orbiting around the moon in a cyan-colored spaceship. The intergalactic-fueled synth beats and bright and shiny vocals will surely make you want  to make a quick pit stop a few light years away on a distant planet for an alien disco party. Space suit up.

“Stones” is effortlessly cool. “Take It All Away” floats by on a static cloud of silky smooth vocalization and instrumentation. “Still Dreaming” wades into an ocean of sound, with bright and shiny digital sounds painting the rolling waves with vivid auditory colors.

St. Juste serves as a guide to her listeners through a vast sonic soundscape, the only force keeping them down to earth as the rest of her group attempts to defy gravity and carry them off into a different dimension. The Seshen is fresh, but in that cool, we-aren’t-really-trying-to-be way that makes them seem even cooler.

Keep up with The Seshen here.