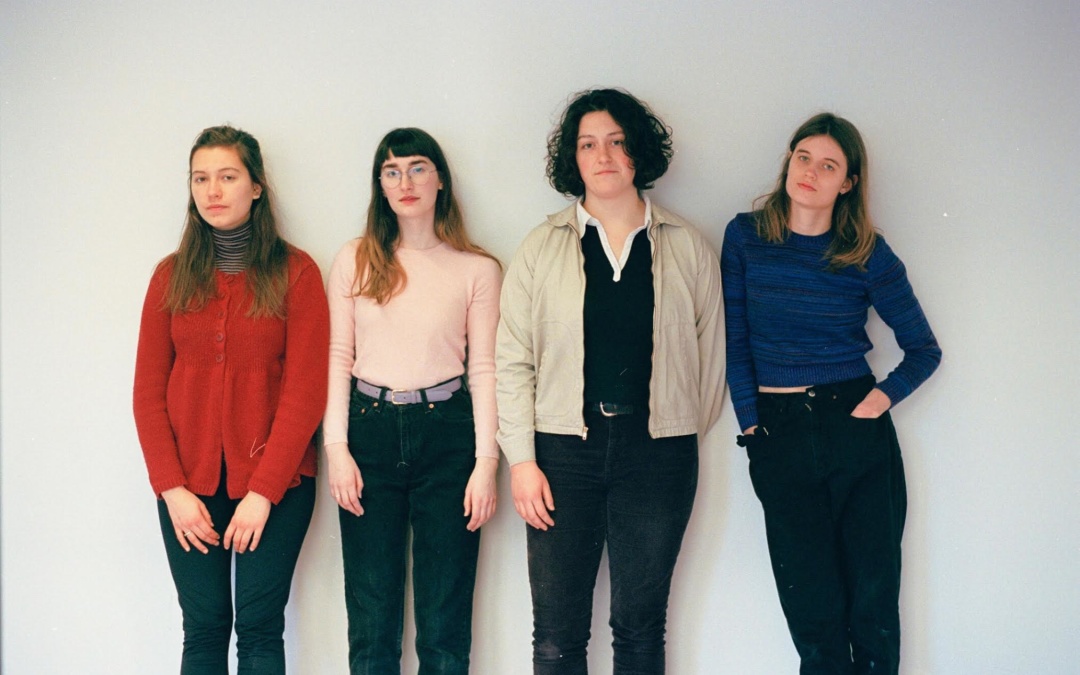 Cincinnati-bred indie pop collective The Ophelias – comprised of Spencer Peppet (vox, guitar), Grace Weir (bass), Micaela Adams (drums), and Andrea Gutmann Fuentes (violin) – drops their latest masterpiece today, and we’re so jazzed about it, we almost can’t explain it in words. Delicate vocals, overlaid with (largely) light percussion and mellifluous strings make this album what it is, and largely describe the band’s soundscape. Not only is there a delicacy in the vocals, but there are quirks that make the effect much more striking than the word “delicate” would lead you to believe.

From the elegant beginning of first track “Fog”, through the equally leisurely pace of “General Electric”, into “Lover’s Creep”, you come to find the entire album feels ethereal and intense in a very unique way. “Night Signs” slows the pace down exponentially, the instrumentals slightly lower, and paints a darker-feeling audio feed. “O Command” is different, in that the vocals rise to a higher octave, the instrumentals maintaining a low, luscious feeling. “Lunar Rover” and “Bird” continue into an increasingly experimental place, picking the pace back up again with eighth track “House”.

While you can’t expect the pace to pick back up again over the last two tracks of Almost – “Zero” and “Moon Like Sour Candy” -, you can expect to nab deep, meaningful vocals that make for an introspective night on your back patio, music playing softly over the sound of the trees rustling above you.

Keep up with The Ophelias here.