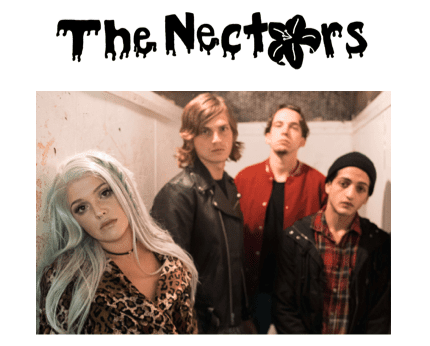 New York band The Nectars released the video for their debut single for their upcoming debut album coming out this summer. The single, entitled “Heaven” is The Nectars’ debut. A song about getting rid of all of the negativity of your life, it encourages you to find power and strength within yourself.

The video, which was released January 12th, shows the rawness of the band and is not your typical music video. It is a live performance visual in a room, intimate and fun. The video being recorded like this is a good thing because it shows the band up close and personal. It gives the viewers an opportunity to connect with the music without having a flashy plot line distracting the viewer from what really matters: the music.

“Heaven” music video is shot with a yellow tint to it. The yellow tint is a good thing because it gets the viewer to feel the raw emotions of the video. Throughout the video, you can feel the band’s energy through the screen.

The Nectars are currently working on their debut album which will be released sometime this summer. Keep up with them here.