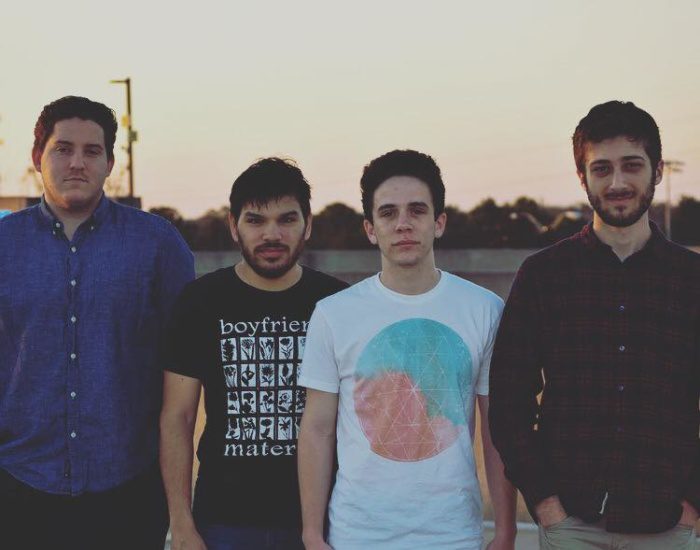 This weekend, Gainesville-based alternative rock/indie collective The Forum – comprised of Michael Higgins, Nick Wheeler, Jacob Farrell, and Alex Klausner – dropped a surprise 6 track EP into our laps, and we cannot tell you how thrilling it’s been to dig into it. Illuminate initiates its journey with the undeniably upbeat track “Father Hunger” – despite its quirky, almost existential, lyrics – that lures you charmingly right into mid-tempo track “My Chest Is Your Dance Floor”. The title itself is captivating, the song following the narrative of giving someone permission to, for lack of a better term, stomp all over you.

“Neurons” is led by an intricate and fun percussion section, the sound swirling into a relatively upbeat song with more of a veil over it, which can be found in the twinge of darkness in the vocals. By “Stop Singing”, we’re enveloped in bewitching guitar chords as a jazzy feel to the instrumentals appears and continues right into fifth track “Aftertaste”. In fact, there is something about the vocals that keep us playing this one on repeat, so it might take a minute for you guys to catch up as well, but last track “Blue Jay” is this intricately concocted layered track, beginning delicately and then tumbling into a cacophony of crashing symbols and passion. It’s presented as though the song begins as a timid, introvert of a specimen and slowly develops its ability to speak up and completely annihilate the environment around it.

Illuminate is out now. Keep up with The Forum here.