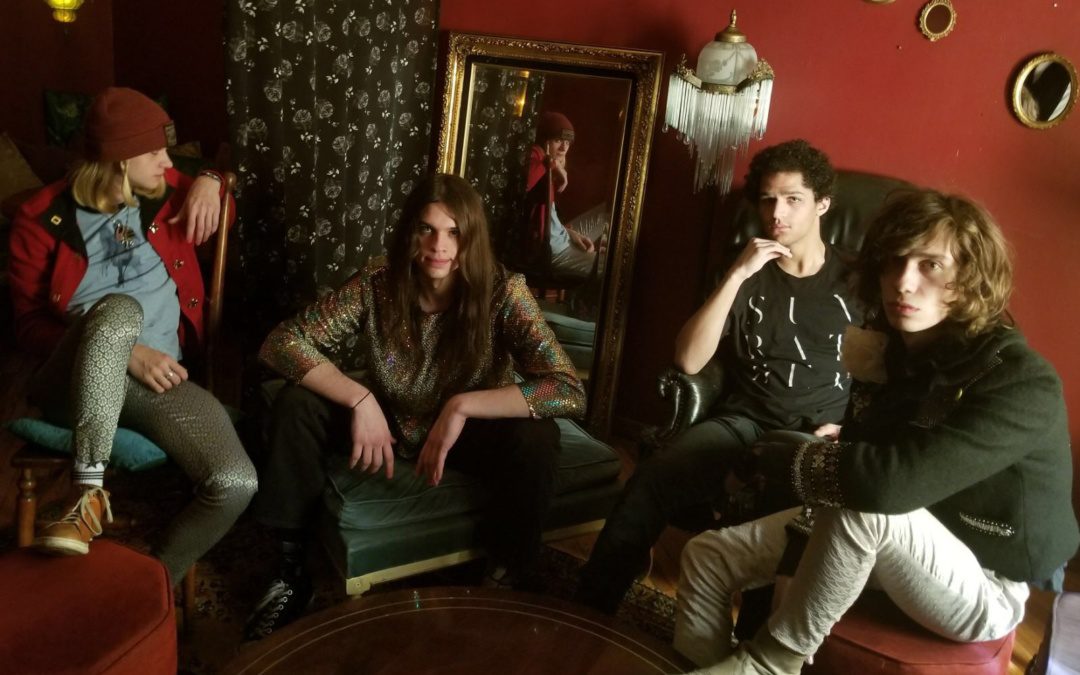 Last year, I got the insane pleasure of hanging out with Austin-based rock outfit The Cuckoos at SXSW. This year, they’re taking immense strides into the forefront of the industry, nabbing attention from some of the hottest music outlets in the world. Their brand of rock gives off this soulful, vintage vibe, while their style and attitudes reflect that same laid back comfort that has gone missing from so much of our modern music.
Don’t believe me? Check out their latest track “Heartbreak Paradise” below, then sidle on down to a playlist the quartet curated exclusively for Imperfect Fifth, which includes a look into their inspiration and taste. (Descriptions provided by Kenneth Frost.)
Heartbreak Paradise – The Cuckoos
Just a little shameless self promotion. This is our new song we just released on Valentine’s Day.
The Dude – Quincy Jones
This is just a funky, feel-good track with a little bit of rap, some horns, and Mr. Quincy Jones layin’ it down.
Uptown – Prince
I love the production of this record– Super funky and raw sounding. This song has some of my favorite lyrics as well.
Do I Make You Feel Shy? – Connan Mockasin
I’ve been listening to a lot of Connan Mockasin lately. I love the lyrics and the simplicity of this track. It’s very catchy and he always puts off such a watery, seductive vibe with his music which I really dig. It’s romantic.
Dinosaur Carebears – Ariel Pink
My favorite example of a song that makes you feel like you’re on drugs without actually being on them. It’s pretty much a 3-part psychedelic jam that goes into this weird ‘toy train from hell’ sounding bit before mellowing out into a pretty cosmic sounding groove.
Stay – Maurice Williams and The Zodiacs
It’s a lovey dovey old school tune with great falsetto vocals. It’s only about a minute and a half, so it makes you want to play it on repeat.
Redbone – Childish Gambino
This is probably my favorite track of 2017. Gambino made a dope funky 70s funkadelic Prince-y sounding pop song with some heart and it did really well. So not only do I dig the song, but I also feel like it was pretty ballsy and cool of him to do that style of music and also make it on to pop radio. It reminds me of the next few songs.
Do Me Baby – Prince
Another Prince tune. Super slow, super romantic. Great lyrics and dynamics. It has this bass pop that just gets me every time. Gambino did it in Redbone too. Both of those really influences TheCuckoos‘ song, Heartbreak Paradise.
I’d Rather Be With You – Bootsy Collins
A classic.
I Wanna Roll With You – Connan Mockasin
Another Connan song. The intro is genius and I love the backup vocals on this track.
Orange County Suite – The Doors
A kind of deep cut. Morrison wrote and recorded a version of himself singing and playing this song on piano before he passed. It wasn’t released until the remaining members of the doors recorded the instrumentals to the tracks. I found it on an old bootleg record, but I think they put it out with a deluxe L.A. Woman and on a compilation too. One of their most haunting songs and a personal favorite of mine.
Billie Jean – Michael Jackson
Bass Line. Production. Music Video. Moonwalk.
Ego Tripping Out – Marvin Gaye
Marvin Gaye getting funky as hell and telling everybody why he’s the best.
Mary Jane – Rick James
Rick James was cool as shit. The clavinet at the end is gnarly.
China Girl – Iggy Pop
I love ‘The Idiot’. To me this track is just melancholy gothic post punky perfection. Iggy’s screams are godlike.
Something About That Woman – Lakeside
One of my favorite songs. The guitars, the bass, the synths, the vocals. Everything is so tight.
The Wedding List – Kate Bush
The first song from Kate Bush I heard. She’s one of my biggest influences and I love her music dearly.
True Blue – Dirty Beaches
Sounds like Dirty Beaches doing The Ronettes. I feel like I’ve really been influenced by Dirty Beaches’ vocal style.
A Little Bit Funky – The Cuckoos
Us again 😉 I feel like this was the first song of ours we got people to dance to and that makes me proud.
This Night Has Opened My Eyes – The Smiths
What’s there to say? The Smiths are cooler than cool. I like the moody stuff.
Little Dark Age – MGMT
Their new track and album are dope. I dig where they’re going with this new record and I’ve been listening to this a lot lately.
Keep On Lying – Tame Impala
Probably my favorite Tame Impala song. The guitars and keys just put you in a trance. They’re one of the reasons why I started making music.
Into The Groove – Madonna
Keyboard lick (ugh). How could you not dance? Just an all around banger from the moment you put it on.
When The Music’s Over – The Doors
Probably my favorite song of all time.
The Beautiful Ones – Prince
Probably my second favorite song of all time.
Decades – Joy Division
Probably my third favorite song of all time.
___
Keep up with The Cuckoos here.
Meredith Schneider
Editor in Chief at Imperfect Fifth
Meredith is often referred to as an entrepreneur, photographer, writer, and multi-media maven. She is currently the Editor in Chief at Imperfect Fifth, Co-Owner/Co-Producer at DoubleTake Productions, a ticket seller at a concert venue in KC, and a freelance writer/photographer. In her free time, she likes to make baked goods and complete DIY projects alongside her trusty – OK, not so trusty – cat Schmidt. She loves Batman so much she named her car Bruce Wayne. You can find her random musings on Twitter and Instagram.
Latest posts by Meredith Schneider (see all)