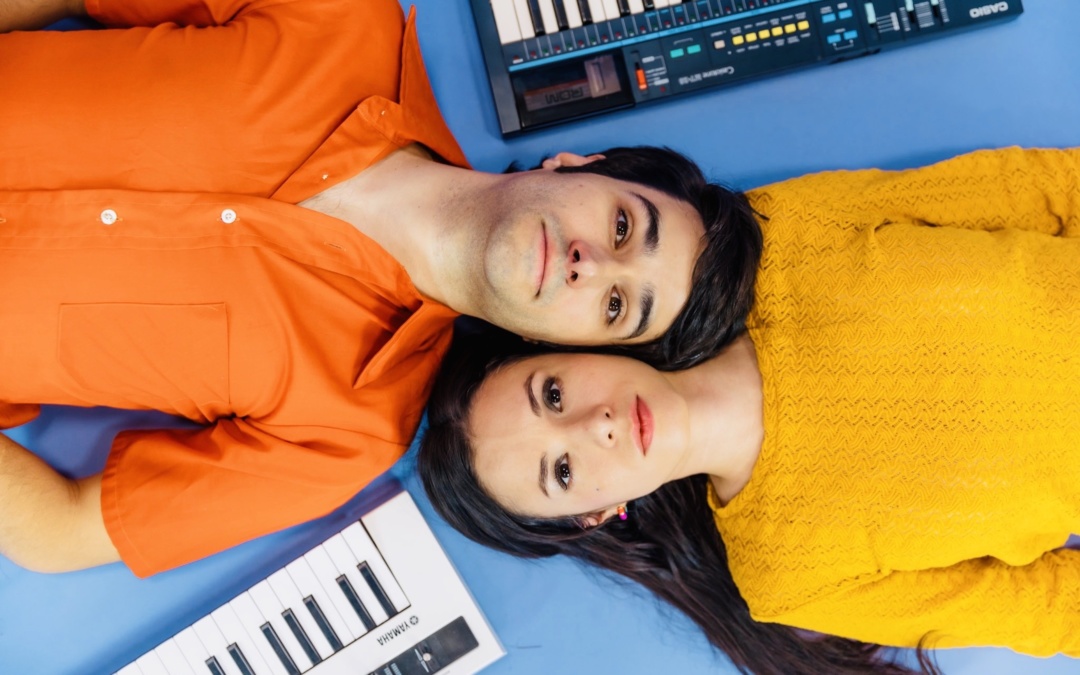 These are all songs that have influenced both our lyrics and sound. It’s a screenshot of the music we’ve been spinning lately and artists we admire. From pump it up jams to little broken hearts.

Keep up with Moonray here. 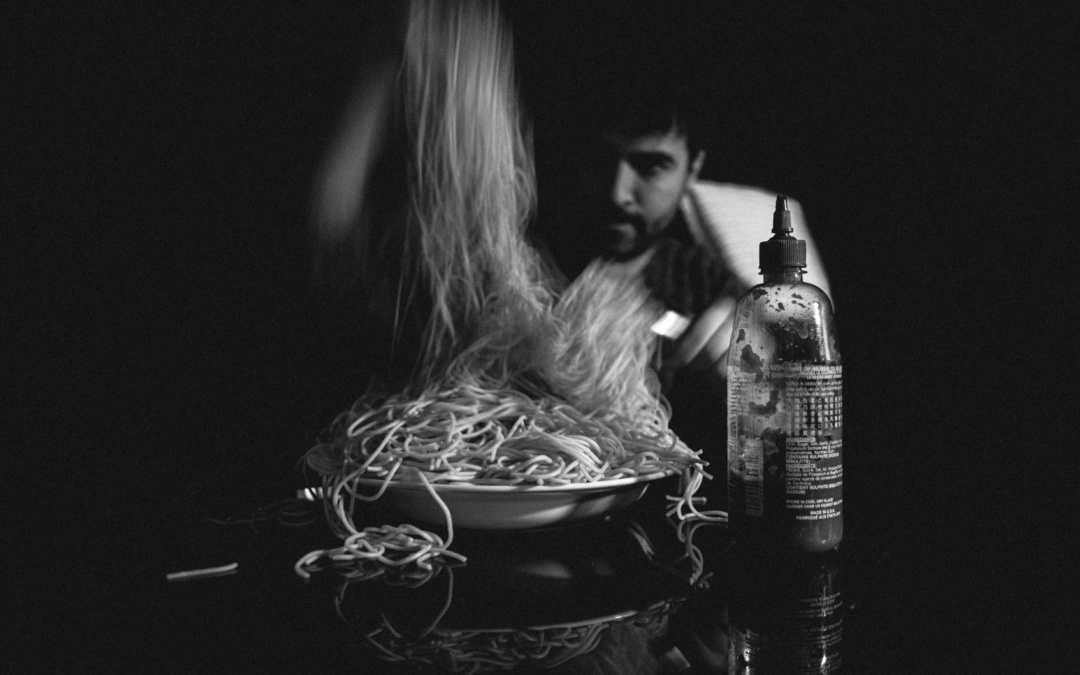 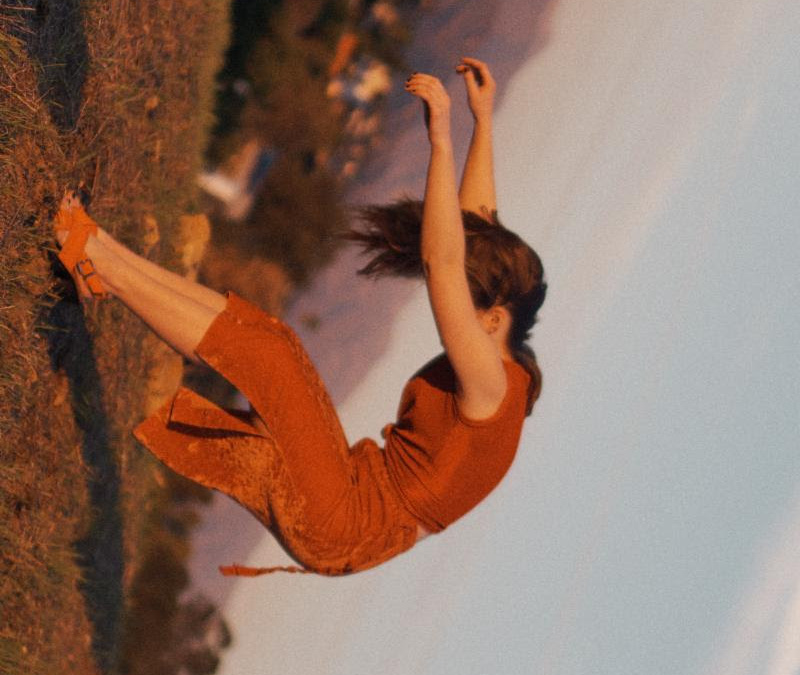 Has anyone else felt a little ruffled throughout the new year so far? 2019 has been pretty thrilling, and pretty unexpected in several ways. Well, we haven’t found a track yet this year that captures that feeling quite as poetically as Kathleen‘s “The Longest Year”. Theatrical in its disposition, the song perfectly displays the artist’s emotion-driving vocals, and we’re hooked.

Keep up with Kathleen here. 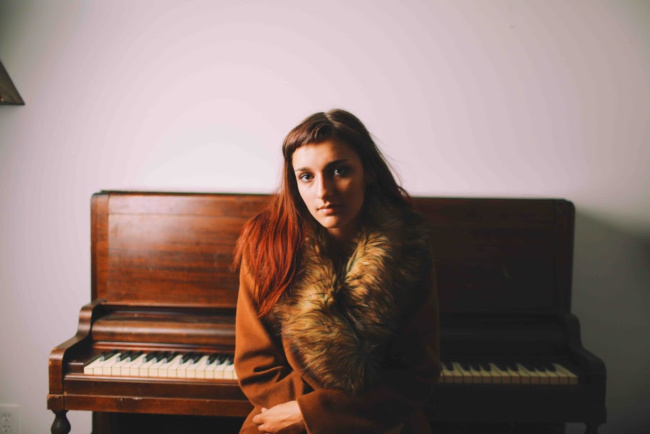 gabriella rose, “welcome to the dollhouse”

A feeling of nostalgia almost bleeds from Gabriella Rose‘s vocals as she croons over the easygoing instrumentals in latest track “Welcome To The Dollhouse”. A song that specifically addresses Rose’s own mental health struggles, it is both vulnerable and inspiring in its simple existence, led entirely by those angelic vocals. And when you stop to think that this songstress is still sitting at the tender age of 16, you realize the number of doors that are about to open before her. So, while we are reminiscing on some less-than-happy topic matters, we’re also simultaneously getting excited for Gabriella Rose’s future, which seems to be the cherry on top of it all. 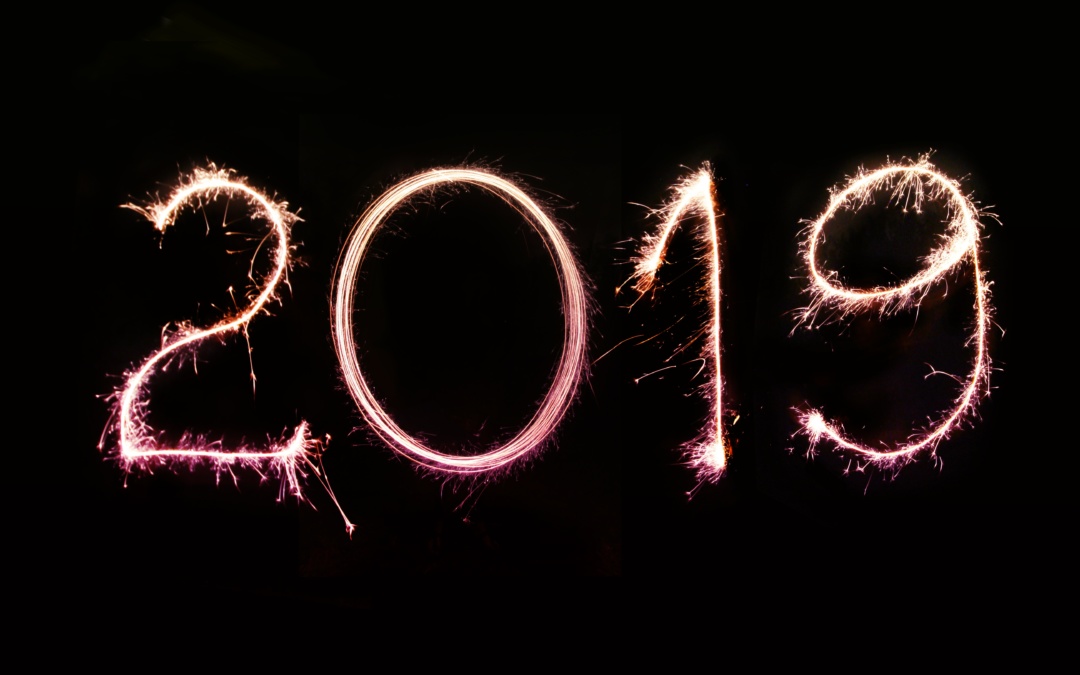 fire up your january with incredible new artists all month long

2019 is already proving to be a year for the books. No sooner had we counted down and yelled “Happy New Year!” from our living room sofas to no one in particular, then the submissions came rolling in. Songs of tragedy, death, inspiration, family, love. We’re running the gamut already with emotional, heart-wrenching songs and we haven’t even made a dent in the year already! Below, find some stunning new tracks to consider for your music library. And be sure to check back for new additions all month long!

Follow the playlist for fresh finds on Spotify all month long as we continue to update it through the end of the month! 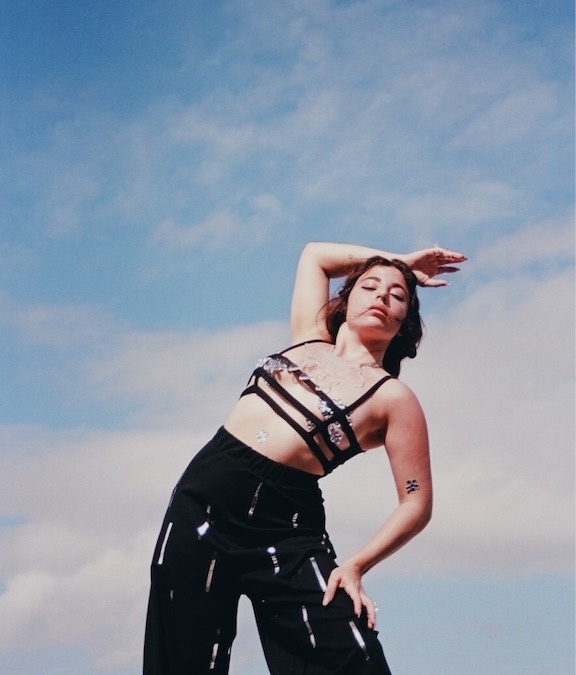 From the opening chords of Brooklyn-based alt electronica musician Tesha‘s “Funeral”, you can tell she’s not playing around. The percussion is almost tribal as Tesha’s ominous tones as she sings a song with a title befitting of said tones. It’s absolutely gorgeous, but be prepared to feel all the feels.

Keep up with Tesha here. 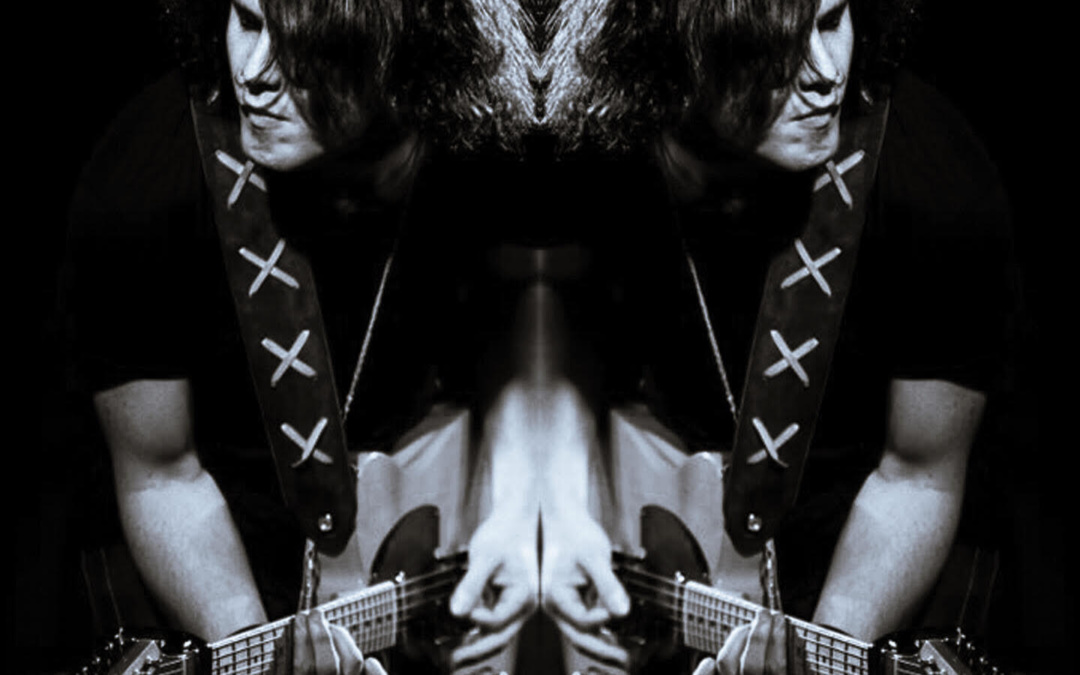 I’d been in the studio working on my new album so I thought I’d share this playlist of songs that inspired me during the writing and recording process – more on the new music soon!

Keep up with Hamish Anderson here. 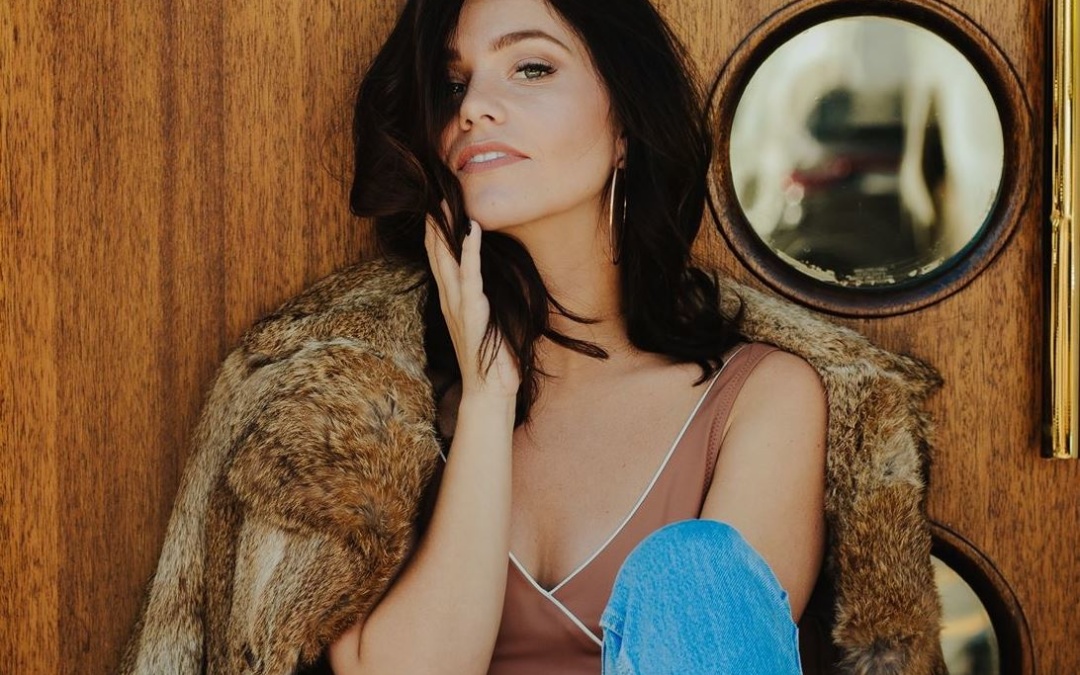 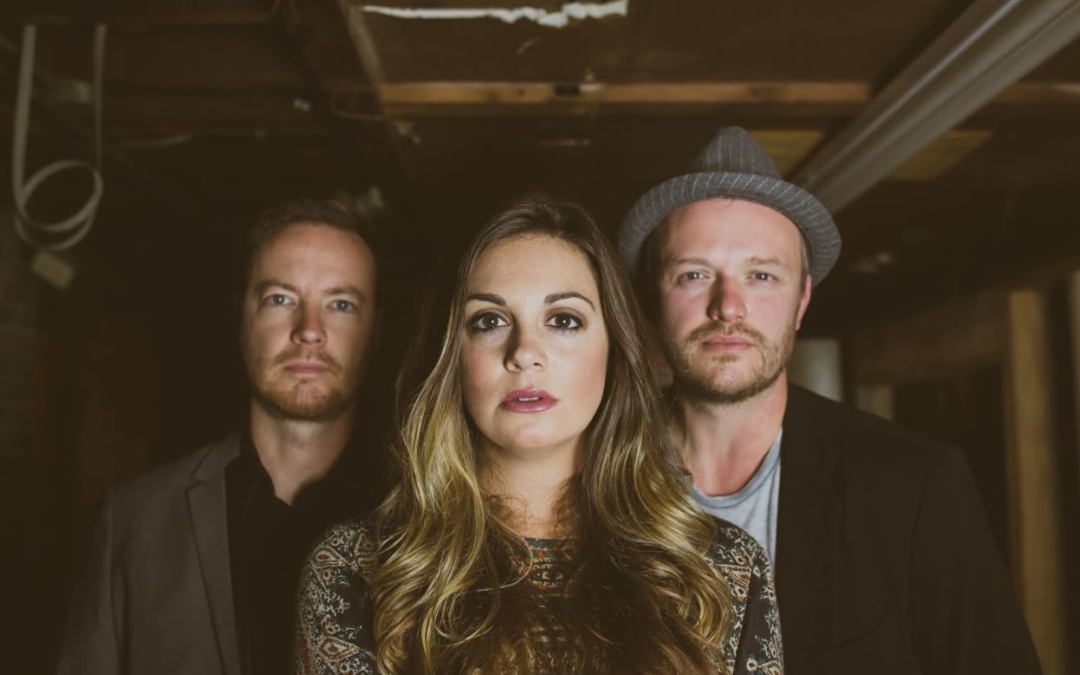 “my first record” by dave littrell of the deep hollow | perspective

If there is one thing we can learn from Shawshank Redemption, it is this: we have to either get busy living or get busy dying. Americana trio The Deep Hollow are firmly planted in the former. Through their sophomore record, Weary Traveler, Micah Walk, Liz Eckert and Dave Littrell dig into this sorrowful life of getting older, longing for a stable home and the sometimes unbearable weight of the open road. Sonically, the band fits somewhere between the pulse of Patty Griffin and John Prine and the adventure of Jason Isbell, The Lone Bellow and Brandi Carlile. Below, Dave Littrell shares the story of his first musical experiences and how they shaped him as a musician.

Growing up, like many, our home was filled with music.  It seemed like the radio was always on, a record or cassette was always playing, or a music video was always on our TV.  After all, I am most definitely a product of the MTV generation. When Sting sang “I want my MTV!” in the introduction to “Money For Nothing,” his declaration was powerful and something this 7 year old could rally behind!

I am so grateful to have grown up in a home where music wasn’t just entertainment or background noise, it was important.  You could even say it was a family value. I remember walking into the house after school to the sounds of Otis Redding, The Temptations, Diana Ross, The Beach Boys, Simon and Garfunkel, James Taylor, Stevie Wonder, and on and on.  The Beatles LIVED in our home as far as I was concerned. John and Paul sang me to sleep most nights. We even had a full jukebox in our basement where my parents and their friends would spend nights and weekends singing (loudly) to their favorites.  My mom had this charming habit of taking anything you said to her and breaking into a song. If I was being annoying to my older brother and he said “Stop!” she’d burst right into “Stop, in the name of Love, before you break my heart…” She still does it this day.  This pure love for music shaped me in a way I could never imagine. I was just a kid who liked dancing in the kitchen to Motown artists, never realizing what an influence those experiences would have on me as I grew older. As a father, I try to pass that love onto my kids and there’s nothing more fun than watching my kids sing and dance to those same songs.

With that said, it is a little difficult to write about my “First Record.”  To be honest, I’m not exactly sure what that record specifically was, because there were so many.  But, The Beatles were kings in our household so “My First Record” has to be a Beatles album.

My uncle owned a huge record collection AND a great stereo system, which means Uncle Del was obviously the coolest guy in the world.  Our tight-knit extended family all lived in the same small town in central Illinois so naturally we spent a lot of time together. Anytime I was at his house I would run directly to his stereo and start poring over his records and cassettes.  He had these expensive headphones which allowed the music to be directly implanted into my brain. It felt like these musicians were playing just for me. The music was so crisp and clear, much better than my little tape player at home. It sounded so amazing!  My first experience with Michael Jackson’s “Thriller” and Billy Joel’s “52nd Street” were through these marvelous wonders of technology, but hearing The Beatles through these headphones was one of the most perfect memories of my young life.

“Beatles” was hand-written on this cassette tape and once I started listening I couldn’t stop.  I think I had heard a lot of the songs before, because like I said, my Mom was a big fan. But this was different.  Listening on headphones made these songs have more depth and they came alive. I couldn’t necessarily relate to the infatuated teenage lovesick lyrics or the heartache caused by my crush not answering the door or telephone in “No Reply.”  (I would uncover those gems later as I experienced my own girl-crush drama.) But the melodies, harmonies, energy, and songcraft were undeniable. I distinctly remember swinging on the swing set in the backyard as the sun was setting and listening over and over.  I couldn’t believe that I loved every song. With other artists, even artists I loved, I didn’t like every single song. My uncle gave me this tape (or I just kept it, who can remember?) and I became a life-long Beatles fan.

Later, I wanted to use some birthday money to buy my own, proper copy of my favorite record.  (Uncle Del also said it would probably sound better if it wasn’t a taped copy.) After perusing through the cassettes at our Sam Goody at the local mall with my Mom, I realized I didn’t know the actual name of the album.  It just said “Beatles” on my tired, worn-down copy. After looking at all the titles, we discerned that the tape I had listened to religiously contained the first side of “Beatles For Sale” AND the entire “Rubber Soul.” Just looking at the songs on these two records floods me with memories and remind me what incredible songwriters they were.  I still play several of these songs, and “In My Life” was used in my wedding ceremony, for example.

I am constantly on the lookout for new music, and I hope to find an artist that can even come close to replicating that feeling I had listening to Rubber Soul for the first time.  Unfortunately, I don’t think it can really happen. My adult brain inevitably gets in the way and I immediately decipher lyrics or chord progressions instead of listening to music the way I did as a kid.  I think we should all try to listen like a kid, because it was magic.

Keep up with The Deep Hollow here.