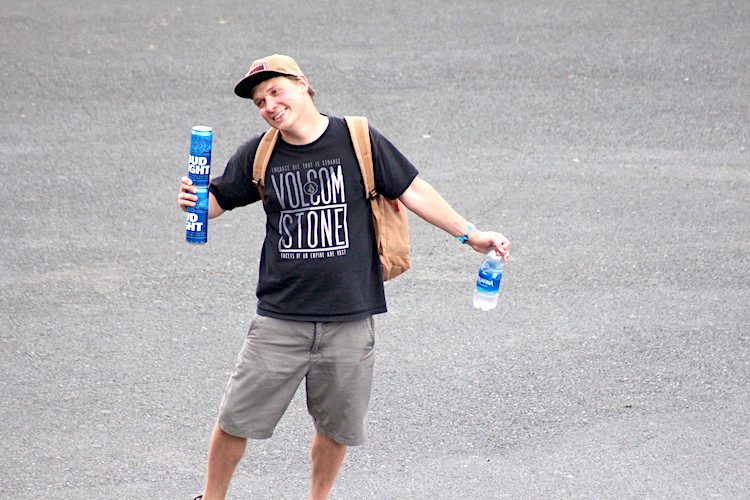 When you’re new to a specific music festival, the landscape can be a little bit difficult to navigate. And though music festivals have gotten a reputation for being places that young people go exclusively to party their faces off, it can be a daunting task to party that much when you’re trying to navigate that landscape and those stages and that schedule.

In the midwest, Sasquatch! is something you hear mumblings of every so often. I don’t hang out with a lot of people who enjoy live music or go to festivals, so it’s not uncommon to have never heard of this one. But Sasquatch! is an entire experience that I will (now, though I did before) urge anyone to attend at some point.

Started in 2002, the festival has been held at The Gorge Amphitheatre in Quincy, WA, overlooking the stunning views of Washington’s great outdoors. Hosting (at present) four stages – Yeti, Bigfoot, Sasquatch, and El Chupacabra, hilariously – The Gorge itself is something of a wonder, housing many mysteries and a history of land battles with Native Americans, stories told to me by a Washington resident while on a party deck at the festival, of course. The venue is located a bit off the beaten path, among grape vines and farmland, so it feels like its own private piece of the planet, which isn’t a horrible thing for concert-goers to experience as they watch the sun set behind their favorite performers.

And that’s just what we did. As we got there on Thursday, checking in took a hot second – camping is offered close by, with scenic views of The Gorge and venue – but we got a prime spot in the camping area, surrounded by happy northerners and a really intense party crowd. People quickly became friends in this camping space, trading stories of their festival experiences, making food vendor suggestions, and explaining the lay of the land to us newbies. But that first sunset over The Gorge trumped everything, and the colors only got more vivid as the backdrop to acts like David Byrne, Ray Lamontagne, Spoon, Modest Mouse, and more. In fact, it was almost thrilling to run over and see whoever was playing during the hours when the sky changed, if not only to catch that breathtaking view one. More. Time.

But the lineup was phenomenal as well – as I’m sure you’ve seen as snippets of photos have been published over the last few days – and we’re willing to bet that this particular blend of voices in the industry could have existed on any site, at any festival, but would never have been as fantastical as this.

So – while it’s still fresh in our minds – we want to share with you some of our favorite crowd shots and scenery photos from the three day weekend. Sunsets, every food option you could think of, the rare child in the crowd (with proper ear protection)… Washington, you made us damn proud Memorial Day Weekend. Can’t wait to see what’s in store for your future, but for now we might just be singing your praises to everyone we meet.