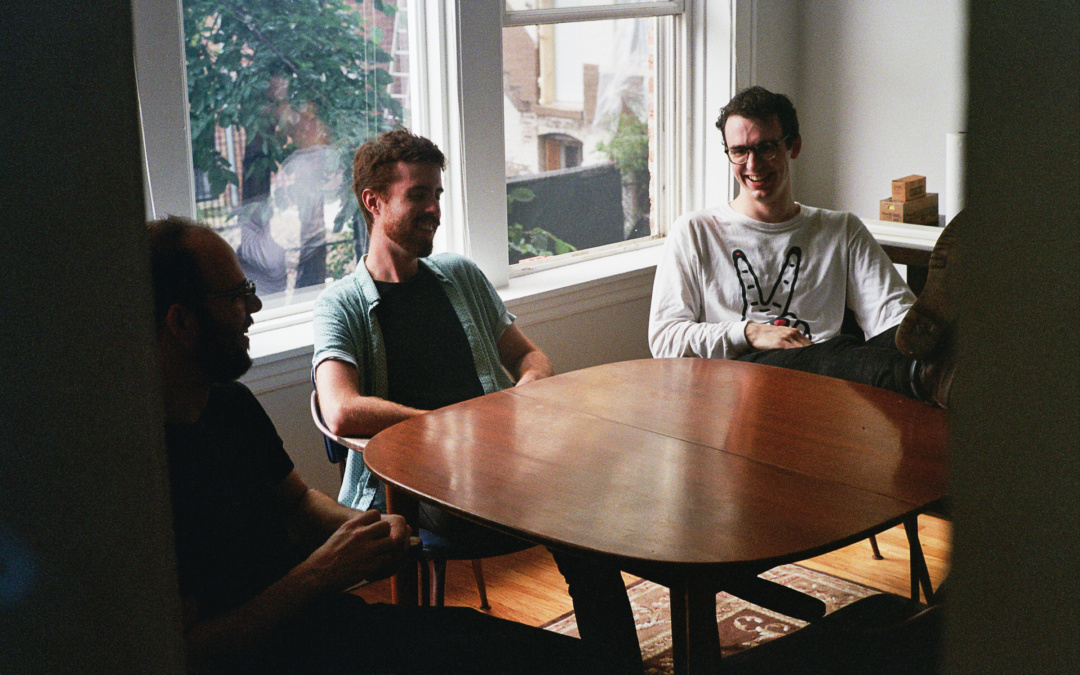 arthhur, lost in the walled city

Chicago-based art rock trio Arthhur – comprised of Mike Fox, Matt Cian, and Luke Dahlgren – released their fourth record on December 14th, and we’re really digging it. The 6 track tape is titled Lost In The Walled City, and is packed to the brim with attitude and a certain, unexplainable je ne sais quoi, if you will.

The title track hits hard, revving us up for the disco-laden rhythm of “Kinky Post-It”. (Yes, that’s the name of a song.) “Astral Fortnight” speaks to our higher beings, upbeat and ready to party, while “Choc Electronique” is something we would totally enter a dance contest with, as it would seem a little out of left field though the instrumentals are insanely catchy and could inspire a new line dance, if we’re being honest.

“Large Party” kicks it off with a series of sound effects and continues in the same artsy, experimental way, something we would definitely mosh to at a live show. Arthhur rounds it all out with “Get Fermented!” which is a track we’re into just from the mention of the title. Its smooth, enticing soundscape lures you in to a night of – if you’re lucky – consequence-free bad decision-making.

Keep up with Arthhur here.