If you haven’t experienced KONGOS live yet, it’s really high time you should. The South African quartet — comprised of brothersJohnny Kongos, Jesse Kongos, Dylan Kongos, and Daniel Kongos — boasts incredible vocal harmonies and layered, striking instrumentals (hello, accordion!). Their captivating stage presence is no surprise, as their musician father must have had quite the influence on them. Just a few days after spending time in the studio with Hanson in Oklahoma, the brothers performed compellingly to an audience in Kansas City, MO. Nothing could have been more beautiful than the full moon on October 13th, shining brightly over this collective crooning to the patio stage at Riot Room.

Through every track, there was a sense of belief in the story that was being told. At times the vocals were raspy and rough, while at others there was a smoothness you almost didn’t expect from this handsome group of men. Regardless of its delivery, each song felt so effortlessly inspiring. For example, during the more tropical-infused track “I Am Not Me”, the audience sang at the sky, as though every individual was having the same existential realization at the exact same time. It was such an intensely beautiful moment, illuminated by the red stage lights, that by the time we got to crowd favorite “Come With Me Now”, I felt like most of the audience had become family. Litter percussive tracks like “Birds Do It” and “I’m Only Joking”, and you’re in for a night of blissful camaraderie with strangers, no matter your surroundings.

What was perhaps most notable was the friendliness with which the group welcomed the crowd and shared anecdotes to introduce their songs. I’m not certain what it was, but a sense of magic surrounded this performance that I wasn’t altogether expecting. Charming, incredible musicians with a lot of love and fire for their work. And simplified, that’s the experience KONGOS creates.

Keep up with KONGOS here. 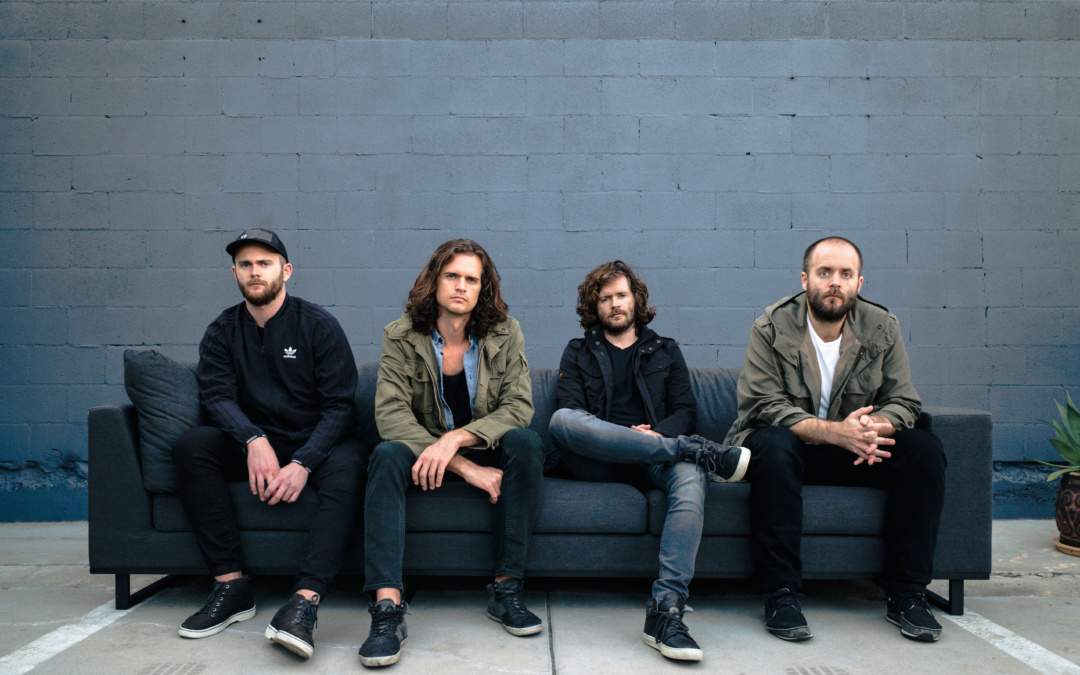 KONGOS ‘ groovy appeal is almost enigmatic. Their fun melodies and the band’s chemistry might stem from the fact that the four-piece is comprised of brothers Johnny, Jesse, Dylan, and Danny Kongos. Now based in Arizona, the band released their latest full-length – a 10-track project titled 1929, Pt. 1 – on January 18th. “Something New” speaks of things we can all relate to, whether political, music-wise (And if you are, this new album hits that spot!), or in our relationships. With a percussion-led instrumental section, “I Am Not Me” is a self-reflective song, infused with a fun beach feel, despite its melancholic lyrics. While “Stand Up” has more of an ethereal soundscape, “Pay for the Weekend” reeks of rock n’ roll.

“Wild Hearts” slows it all down quite a bit, simplifying the landscape for us and injecting every line with the deepest intention of emotion we’ve yet to be exposed to. Ever. While “Real Life” speeds the pace up a bit, “Keep Your Head” is the obvious party track of them all, working guitar licks in and around a pop-rock vibe we are 100% on board with. “Everything Must Go” goes into a very obvious U2 direction. A ballad, if you will. “When You’re Here” breaks it all down into an easy breezy soundscape – worthy of the warmest of weather – and the album is rounded out nicely with the robust, intense sounds of “4543”. Quirky enough to keep our ears perked, we’re probably going to be spinning this title for the remainder of the day.

Keep up with KONGOS here.