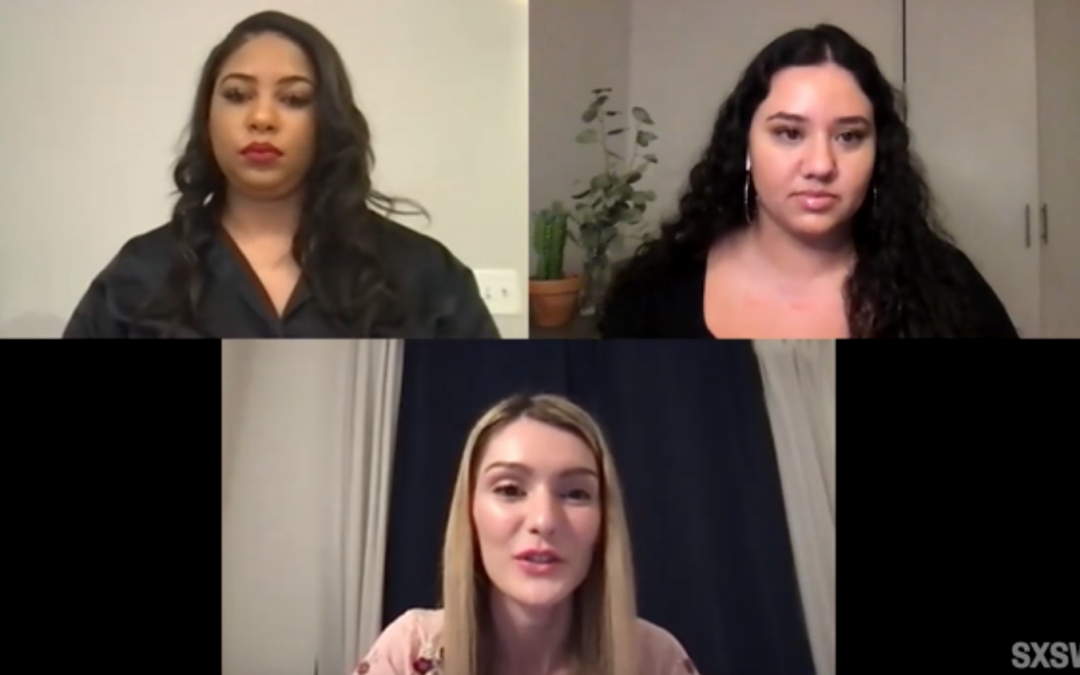 the future of women in music relies on allies: a chat with female label execs at sxsw 2021

As moderator Olivia Shalhoup, Founder and Director at Amethyst Collab, set us up for a chat about the Future of Women in Music, she dived right into the nitty gritty with her first question:

“Why do you think women have been so historically underrepresented in music business?”

You would think that in 2021, at a conference in a progressive city that labels itself as diverse and inclusive, is so largely attended by women, and so incredibly funded by the music industry, this question would be beneath us. You would look at the money women make for the industry – hand over foot, year after year – as both superstar talent and innovative project hires and assume that their role in the industry is far too substantial to warrant underrepresentation. Unfortunately, my friend, you would be incorrect.

Before the pandemic set in, a projected 15% of labels were majority-owned or operated by women. An estimated 5% of producers are female, while audio engineer numbers seem to be booming at a still-devastating 18% female. In a recent Northwestern study, only one third of the record labels polled had ever signed a female artist. Even notorious big name players like Sony, Universal, and Warner – that tout the highest paid artists, producers, and executives in the world – have debilitating gender pay gaps that average 30% on a good day.

“There’s this [idea] of [men] being decision-makers. Strong, dominant, powerful. Those are considered to be valuable traits to work in a competitive field,” explained Margaux Grober, Director of A&R at Arista Records. “That’s great, but I think men have a tendency to hire men because of those reasons even though women have shown that they can also be dominant, powerful, authoritative along with also being really intuitive and mindful and empathetic.”

Last fall, 45% of female business leaders admitted that it’s hard to get a word in edgewise in virtual meetings, specifically with their male counterparts. Even women who have broken through the metaphorical glass ceiling into integral roles within the industry often feel like they don’t have the advantage they should. Panelist Sammye-Ruth Scott, Director of A&R at Atlantic Records, elaborated, “It’s almost an uphill battle, even when we’re in the room. You almost get shut out of the conversation because [men] think your statement is invalid. We have to fight that much harder, work that much harder, and get in people’s face a little bit more in an assertive way to prove ourselves.”

Although the #MeToo movement technically originated with a statement in 2006, you would think that conversations around workplace equity would have gotten us farther since it ramped up in 2017. An industry so heavily focused on in the media with so much influence on generations of people could easily lead the way in inclusion. But it’s not. In fact, it continues to perpetuate gender bias in a way that almost encourages it.

This year, the Recording Academy acquired an array of new diversity hires and the 2021 GRAMMYs were touted as one of the most diverse music award shows in history. The entirety of the best rock, country, and new artist categories were filled with female nominees for the first time in history. However, only 11.7% of Grammy-nominated artists between 2013 and 2020 were female, so it shouldn’t have been very difficult to improve. I’m still unsure why the 62 year history of the award show wouldn’t have addressed diversity sooner. And while I’m very unimpressed by how they handle racial diversity – their nominations process has always been shady – I will admit, it’s a start.

This SXSW chat was a clear reminder that change starts from the top. People in positions of power need to be advocating for diversity in the industry, and throughout every career field. Bringing more women into positions of power will allow those key voices to place more women and people of color into careers across the industry. “I feel it will change as time goes on and we make a really concerted effort to bring more women in,” explained Grober. “But I don’t think it should just be on us to do that.” Women will champion the fight, but they need support from people who do not identify as women too.

If you have a creative project coming up, consider working with an array of diverse voices. Music projects often require videographers, editors, photographers, marketing-minded helpers, and other methods of support. Women exist in all of these spaces, and elevating their work is important. As we’ve already seen, a gainful future for women in music will, in turn, provide more opportunity for marginalized voices and people with less resources to find their artistic platform.