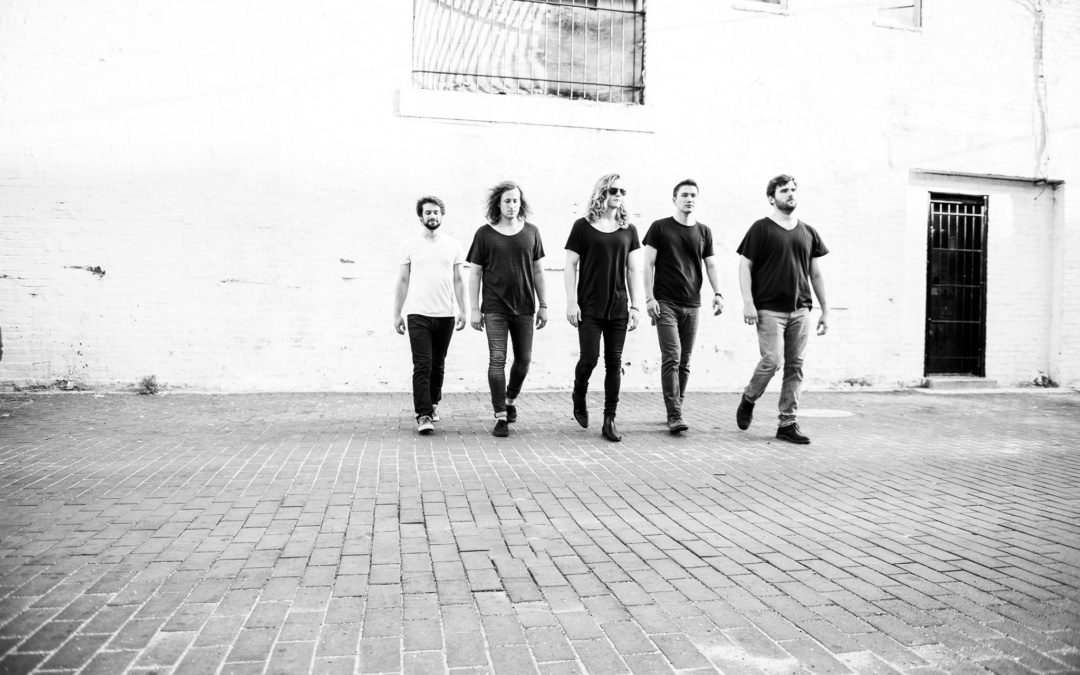 As if the name were no prior indication, Baltimore/Washington, D.C. indie rock outfit Sunbathers – comprised of Sean Lynott, Tim Boaté, Pete Mindnich, Peter Leonard, and Shohsei Oda – creates music that makes you feel soaked in warmth and sunshine. With light, raspy vocals (And those full heads of luxurious hair!), the men of Sunbathers croon about a romantic interest, someone who everyone kind of wants a bite of. Lyrics like “you’re so appealing floating toward the ceiling everyone here wants your love / I get this feeling it might be the reason that I’m crazy for your touch” are incredibly brazen, admitting that there might be more in the chase for them if others are also after the same end goal. To this end, you might see the track as a bit shallow, but if you dig deeper it is about confidence and emitting an energy that attracts people toward you as well.

The quintet goes even deeper into the honeysuckle metaphor in the video, with sharp, detailed visuals of the band playing the track, floral arrangements, and a human woman growing out of a pot like a plant. The visual is emotionally intense – especially toward the end – and is, in our humble opinion, some of the best artistic work they could have done with the track. But don’t just trust us, check it out for yourself.

Keep up with Sunbathers here.