spencer robinson and the wolf spiders, beneath the surface 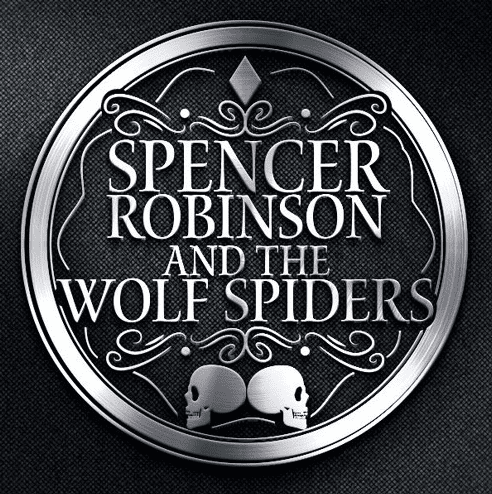 Though his musical prowess spans years of experience in the Los Angeles music scene, Spencer Robinson’s latest indie/alternative folk project – Spencer Robinson and The Wolf Spiders – focuses on a darker sound. And they’re preparing to release a new eight track album on November 24th, so we sat down to listen to it so you can get a feel for what’s to come.

It’s a lot of darkness, but a lot of fun.

Steady percussion begins first track “Drink Gasoline, Spit Fire”, splintering into a 70s rock feel. Once Spencer’s vocals hit, the tone of the song becomes more mysterious than before, as he sings with a jaded attitude – it is essentially a Sons of Anarchy drinking song – that would suggest a true old soul might live “beneath the surface.” While “Killer on The Farm Tonight” might have a title that seems a little off-kilter, it can be a very real fear for people who live in rural areas. (Especially after viewing particularly scary movies.) Still, the lyrics allow it to be a little bit more of a fun song. “Bleed Me” gets pretty vulnerable, as Spencer sings of pulling poison out of his body, a process that can get intimate. Really, if we’re looking for a widely translatable approach, he’s singing about ridding himself of demons and negativity of the past.

But don’t allow yourself to get enveloped by talks of blood, as you’ll soon have to come up for air just to “Enter the Void”. An introspective track, lines like “Are you lost inside your head?” and “What’s it all about?” allow you the distinct pleasure of pondering those thoughts as the song slowly meanders along. And though “September” is now long gone, we don’t have a substantial answer for Spencer’s question as to where it actually went. He goes on to sing about darkness – the coming of shorter days, it seems – and the loss of time, which he spins into having a lack of his own faculties before an abrupt end as he takes his “last breath.” And you won’t be finding any warm fuzzies in “Take Me To The Killing Floor”, but you will find yourself intrigued with the details as the track unfolds. Seventh track “10 Years of Fire” lightens the entire album up instrumentally, replete with chimes. He’s taken ten years of transgressions and thrown them on a contrasting backdrop, while simultaneously allowing even the most ethereal sounds to spin you wildly out of control. He rounds it all out with “Teenage Supernova”, a track that feels slower, like it retrieved more inspiration from California surf rock than a grunge or folk scene. The guitars match that feel, and almost gives off a positive – certainly less-than-jaded – feel of confidence.

If only we could all be Teenage Supernovas…

Beneath The Surface is out November 24th via Rusty Knuckles. Keep up with Spencer Robinson and The Wolf Spiders here.