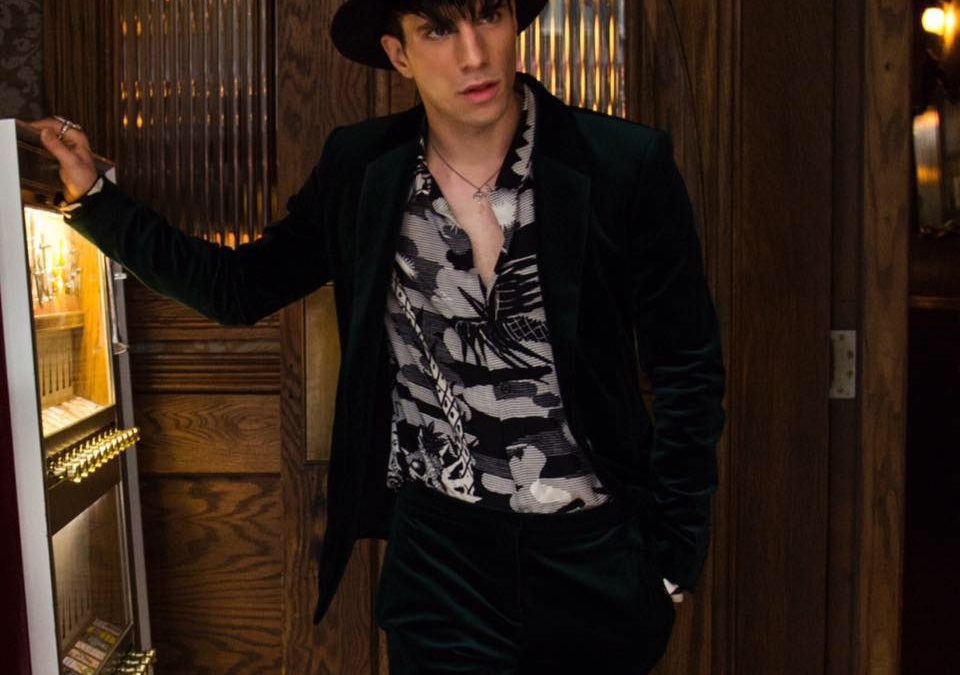 Brooklyn one man band Brandon Sheer, otherwise known are Sheare is set to take on the world by storm with his new EP “Photo Booths”. “Photo Booths” is set to be released February 23rd. The singer-songwriter is building his music catalog with his music that is able to move people. As long as Sheare continues to make music, it will not be long until he becomes a household name.

We were able to catch up with Sheare recently to talk about his music,

Your genre on Facebook is described as “withered rose pop.” How would you describe that – or what you believe to be your sound – to people?

I think it was kind of a cheeky thing I came up with because I was always posting the withered rose emoji as part of the aesthetic of my last EP. I think I would describe my music as is introspective pop. I try to write emotionally driven songs that get stuck in your head even if you’d prefer they didn’t. I haven’t really done my job properly if you don’t hum one of my songs after hearing it but aren’t entirely sure what you’re humming or where it came from. It’s like Pop Inception.

What was your first big musical moment? Can you remember what you were listening to, and/or what the memory was associated with it?

I remember being at my older cousin’s house when I was younger and he played “Smells Like Teen Spirit” by Nirvana on these big speakers he had in his room. That was it for me. I knew I had to be a musician after that. At the time I wanted to be a drummer which wasn’t super conducive to having neighbors or parents who still to this day tell me to turn me down music anytime it’s above the volume of a moths wings fluttering.

Your new EP Music for Photo Booths is so ridiculously beautiful, and honestly makes us way too excited for the warm summer months. (Hello, “Tidal Wave”!) We’re wondering how the album was conceptualized. Did you start writing random songs, then collect them? Did you set out with the “photo booth” idea in mind? Give us a peek inside your thought process!

Aw thank you, so glad you like it <3! I think every time I write body of work it has to have some thematic element to it, whether that be in the aesthetic of the art direction or the subject matter of the songs themselves. The title came after I met a girl at a show I played at a hotel maybe a year ago. We wound up hanging out afterwards and taking photos in the photo booth that the hotel had. When we started dating I made her a Spotify playlist called “Music for Photo Booths”as a wink to the night we met. The title stuck, the relationship did not haha. Writing has always been cathartic thing for me. I write about my experiences, good bad or indifferent.

What’s your favorite song from the new EP? Why, and what inspired it, specifically?

“Tidal Wave” I think it’s most honest and bittersweet song I’ve ever written. It’s kind of about young love and taking something from each relationship and remembering the good parts and looking internally at myself as to why things maybe didn’t work out. It’s a really bitter pill to have a hard look at yourself and examine your own hang ups about relationships and why they haven’t always worked out. I would hate to date me haha. It would be a nightmare.

How do you imagine people enjoying the music from Music for Photo Booths? (Besides in a damn photo booth… or is there an elaborate photo booth experience you envision?)

I think it has this really cinematic element to it. I had envisioned people driving in an old Mercedes down the pacific coast highway while listening to the songs.

What advice would you give any young adult trying to pursue a career in music?

I think people don’t really care on a larger scale about what you do until everyone cares. It’s just human nature not to always have the foresight to see what something will become. I think you just have to have an unwavering belief in what you do, and eventually people come around at different times.

What keeps you inspired as an artist?

Sheare’s new EP “Photo Booths” will be released February 23rd. In the meantime, keep up with him here.