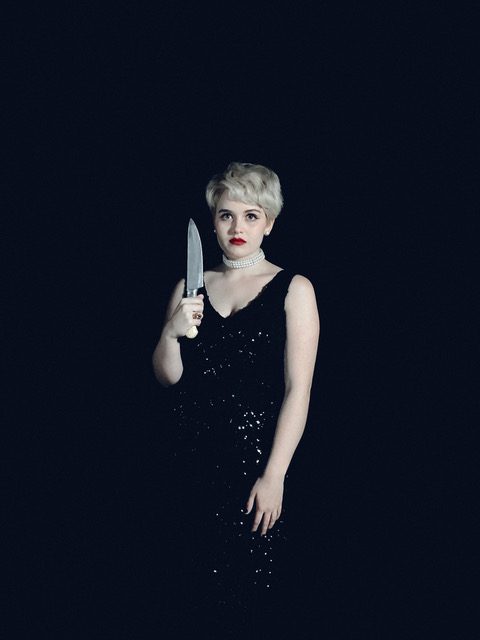 I had the pleasure of interviewing Irene Greene, a Philadelphia based singer-songwriter who released her enigmatic single “Platinum Baby” just today. After speaking with her, I have been beyond elated for the release of the single, and now we might be playing it on repeat. But I digress. Below, you can find what Irene had to say on her latest single and her inspiration for music.

When did you first decide that music was something you wanted to make a career?

“It was when I was a child, and I knew that nothing else would feel like making music does.”

Your debut single is titled “Platinum Baby.” What’s the story behind that name?

“The story is that I fell in love with my current partner who has (dyed) platinum hair, and how I felt that I wasn’t good enough for him.”

The cover art for this shows a girl holding a knife behind her back. Is this symbolic or where did you draw inspiration for that?

“It’s gonna sound silly, but I had a dream with a girl holding a knife behind her back. I love toying with line of love verses obsession in “Platinum Baby” and I think that this image captures it perfectly.”

This is your debut single. Is this single reflective of “Hey this is me as an artist”?

“Normally not, because this song is actually somewhat positive and I am a debby downer.”

Even though “Platinum Baby” is releasing May 1st, are you working on anything currently that we can look forward to?

“I’m putting out a new music video for “Platinum Baby” that is 1960s inspired and very spooky!”

Where do you hope to see yourself musically in the next five year?

“Hopefully touring around the country with my band and playing sweet tunes!”

Keep up with Irene Greene here!