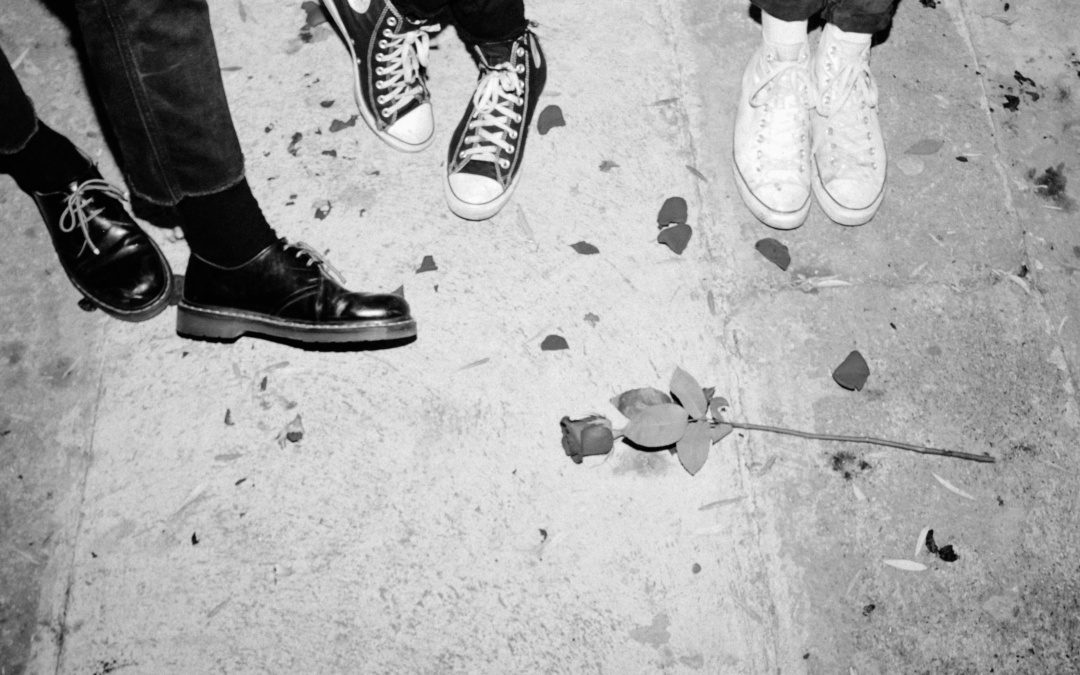 Los Angeles-based dream pop trio Ròsa released new track “Stranger” today, a glittering pop anthem perfect for a fiery autumn romance. As the electric guitar wanes in the background, the lightweight vocals take over and create an ambiance of beauty that takes over your eardrums – and your surroundings – from the first few chords of the track.

In honor of the new single, we got a few minutes with the guys to talk about a little bit of inspiration, texture, and trust. Check it out below!

I (Will) grew up with The Beatles playing all the time. So hearing them is literally my earliest memory. As far as consciously listening to an album, the first was either Led Zeppelin IV or Madman Across the Water by Elton John. My father did right by me in this department.

What is the origin story of RÒSA? (Be honest… was it a meet cute?)

The way we met was super cute of course. We met at a religious conference and became best friends or something. We realized we all wanted to do the same thing and went for it. So, Jesus Christ brought us together.

Your single “Stranger” is about feeling discomfort with modern romance. If you could have it your way, how would things be different?

I’m not too sure I know enough or have enough of a perspective on modern romance to suggest how things ought to change. The song is more of an existential concern than a cultural critique. That being said, I think it’s all too much of a self-interested game. I think honesty and vulnerability ought to be the norm from the very beginning. The rules for this game we have created establishes the potential for increased dishonesty and self-centeredness. We all treat each other as means to an end, rather than as ends in themselves. I am speaking to a part of myself as well. I don’t see myself separated from this pathology.

What was the production process like for the track?

“Stranger” began on an acoustic guitar, which is actually very rare for me now. This particular song came to the guys (Tay and Mike) a bit more completed and mapped out as well. There wasn’t much fighting between us with Stranger. It all came very naturally. We never really fight when writing but have discovered that Taylor is harder to please and sometimes will think a part is bullshit that we are okay with. We really trust each other though and any differences are talked through super rationally. Good vibes only in the studio, ya know?

How do you imagine people listening to “Stranger”?

I prefer people listen to Stranger doing nothing but focusing on every sound and texture that we worked so hard to create, because I’m a narcissist. However, if it had to be a soundtrack to our lives I’d want it to be the background music at some swanky/cultured get together in that neighborhood that has been recently gentrified where no one feels emotionally safe. The kind of gathering people go to in order to feel a sense of social worth. The kind of gathering where everyone is looking for someone to fuck. That’s a thing right? Idk. The chorus of Stranger is a question for those people, ya know? I don’t imagine our music is incredibly challenging on the surface but I’d like it to challenge people as much as it could.

Let’s keep it in the realm of romance. Celebrity crush… go!

I don’t trust celebrities. I think the whole concept is fucked up. That being said, Ellen. I know there exists some complications with my choice but the heart wants what it wants.

Thanks for talking with me. We’re here for a good time not a long time, ya know? Idk, I feel like that shit’s important.

Keep up with Ròsa here.