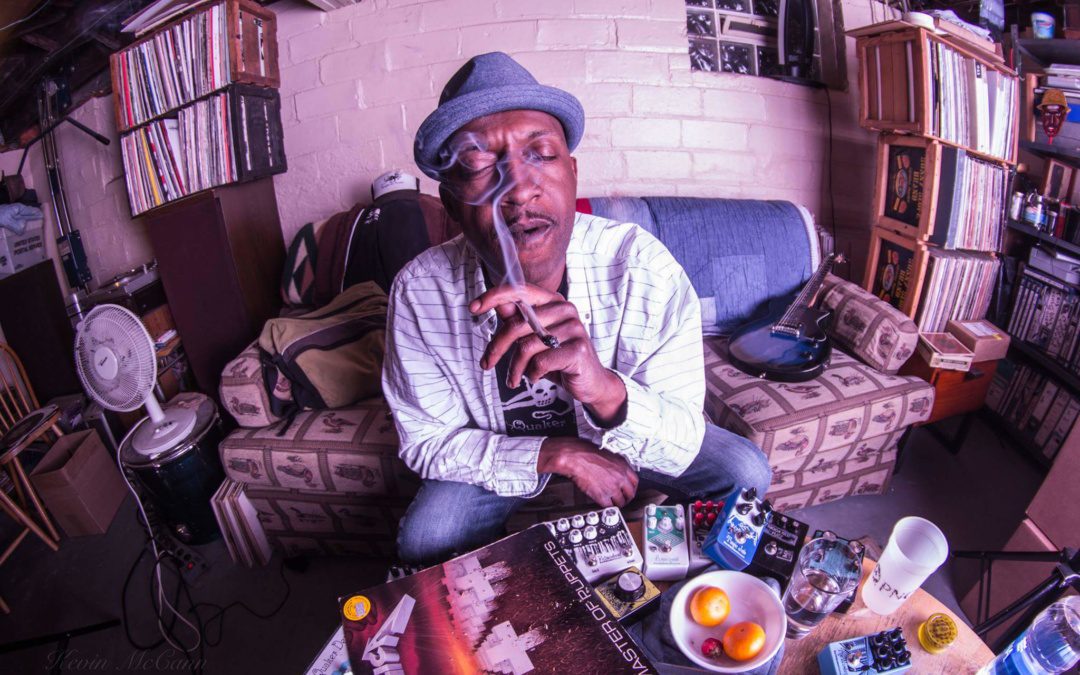 Today, Cleveland-based punk artist OBNOX‘s (Lamont “Bim” Thomas) second full length LP of the year – quickly following Niggative Approach – Murder Radio drops via Ever/Never Records. It isn’t the first time he’s released multiple LPs in one year, as he cranked out two in just seven months back in 2015. In fact, he’s released an impressive seven LPs and nine EPs in the last six years alone, which just might make him the hardest working – or at least most productive – guy in the business.
Joined this time around by Steve Mehlman on drums and Chuck Cieslik on guitar, Murder Radio takes a dive into justice, politics, and darkness in OBNOX’s quintessential noisy, rough around the edges way. From first heavy-hitting track “Movimiento”, through no holds barred honest track “I Hate Everything”, all the way to final track “Cheers”, you might feel like your speakers will crash around you in a cacophony of sound, simultaneously allowing you a sense of freedom that only OBNOX’s music can.
So what are you waiting for? We’ve got it streaming right here!
Obnox – Murder Radio
1. Movimiento
2. Woe Is Me
2. I Hate Everything
4. The Movement
5. Enter The Hater
6. Bangar
7. Sun Doobie
8. Deep
9. Mogul Chokehold
10. Cheers
Murder Radio is available now. Keep up with OBNOX here.
Meredith Schneider
Editor in Chief at Imperfect Fifth
Meredith is often referred to as an entrepreneur, photographer, writer, and multi-media maven. She is currently the Editor in Chief at Imperfect Fifth, Co-Owner/Co-Producer at DoubleTake Productions, a ticket seller at a concert venue in KC, and a freelance writer/photographer. In her free time, she likes to make baked goods and complete DIY projects alongside her trusty – OK, not so trusty – cat Schmidt. She loves Batman so much she named her car Bruce Wayne. You can find her random musings on Twitter and Instagram.
Latest posts by Meredith Schneider (see all)