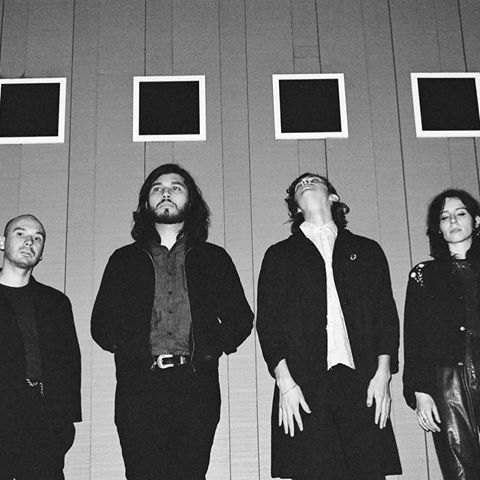 Coming from an artist that has a mixed bag of previous skills is the “sonic brainchild” of Los Angeles based photographer and visual artist Jeff Fribourg is Numb.er. This incredibly modern synth-rock outfit started from a growing passion for synthesizers and a desire to enter the music industry with a sound that is unlike anything we have ever heard before. With his incredible knack for structure and design, each track produced by this rather unorthodox artist is built to be both appealing to the ear and bring something completely new to the eclectic musical world.

Most recently, Fribourg has release an all new single entitled, “Again,” which is a perfect compliment to the tracks that he has released in the past. As he continually releases more and more music, it becomes clear that his understanding of his sound also increases, which results in even more impressive productions. Living outside of a specific genre, Numb.er embodies several different genres that inspire Fribourg to create something completely his own. While listening to “Again,” fans can enjoy elements inspired by punk, shoegaze, and post-punk. This freedom allows the music produced to be as natural and organic as possible, which showcases Fribourg’s wide rage of skills and talents. With so much in store for listeners around the world, we are all eager to watch and see just how far Fribourg will go.

Grab their new album Goodbye now, and keep up with Numb.er here.