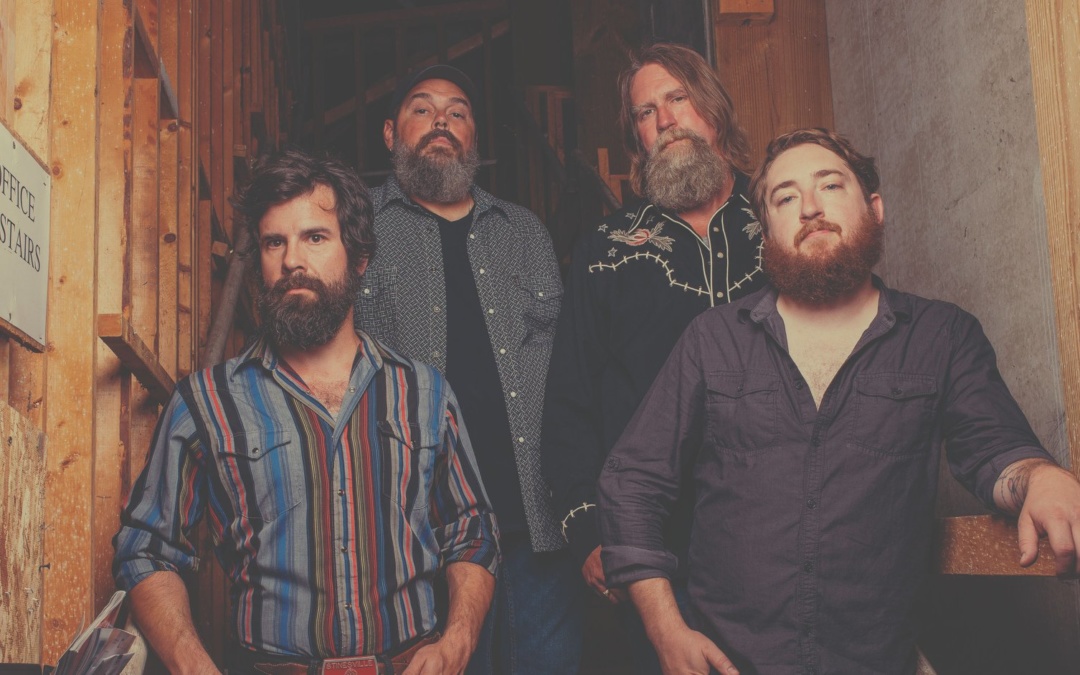 A lifelong resident of Jeffersonville, IN, Nick Dittmeier finds a needed reprieve from the looming presence of loss in his life with his new record All Damn Day (due October 26th). Fronting Nick Dittmeier & the Sawdusters, the singer-songwriter lingers on the omniscient Grim Reaper in a way that’s hopeful and uplifting as it is forlorn, harkening to the works of such literary giants as John Steinbeck, Ernest Hemingway, Roald Dahl and Mark Twain. Read Dittmeier‘s story on his first musical influence below:
The first musical experience I had that really made me want to be in a band was watching the scene in The Muppet Movie where Dr. Teeth and the Electric Mayhem are introduced at their rehearsal space. Although the band was comprised of Muppets, they looked like an actual rock n’ roll band and the song they played really grooved. But it was really the band’s attitude that made me wanna be in a pack like the Electric Mayhem.
If you don’t recall the scene, let me refresh you. Kermit and Fozzy, on their road trip to Hollywood, stop in an old church where they discover a psychedelic Muppet band playing music. Dr. Teeth, the band leader, has a strikingly resemblance to Dr. John and other members of the band had loose characteristics to other rock stars of the day. You could say Janis resembles Joni Mitchell and Animal resembles John Bonham. They lay out their long term plans for the church, which included a music venue and coffee shop with organic food.
What I loved about Dr. Teeth and the Electric Mayhem was that everyone in the band was visibly weird and quirky but were completed accepted within the context of the group. They had invented their world and all lived in it. Part of the larger premise of the Muppets was racial and gender diversity, and that’s why many of the characters’ identity was fairly ambiguous. Some characters you couldn’t really discern if they were animal or human. Why they had bright green skin, if they were human, but that wasn’t important— all you needed to know is they looked different but were accepted.
The lyrical content of the song they sang was basically how great it was being in a band and helping people and each other. Also, everyone in the band sang. That scene didn’t make me go out and get a guitar, but it did plant a seed in my head about what kind of community I could be a part of if I learned an instrument.
All of those lessons in the scene are applicable to the current situation I have with my band and the people surrounding it. We’ve gotta manage quirks and personalities and realize we’re for the most part strange people, but those are the personalities that drive this business. It takes a certain kind of weirdo to stop band practice to help a frog and a bear paint their Studebaker psychedelic colors.