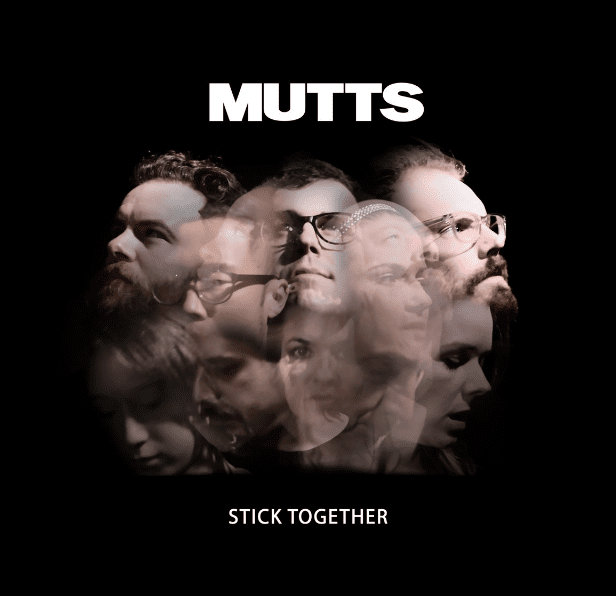 Chicago collective Mutts – comprised of Mike Maimone (keys, vocals), Bob Buckstaff (bass, guitar), and Ian Tsan (drums) – have had an incredibly busy few weeks, having just released their new EP Stick Together amongst re-released videos for included tracks “Neighbor” (ft. Jennifer Hall) and “Tin Foil Hat” while simultaneously opening for Company of Thieves on their reunion tour. Even with all the buzz around the EP itself – for which the title is a clear political (and human) statement in these times of trouble – we wanted to make sure everyone got their ears on it. Because these five tracks are certainly something special.

“I’ll Be Around” starts the EP in the most soulful and serene way, deep, raspy vocals serving as the standout aspect while Maimone lets you know “you don’t have to be alone tonight,” serving comfort in a very audible and strong way. Second track “Neighbor” – and its accompanying DIY video – is simple, a testament to the power of trusting in the people that surround you. Jennifer Hall’s vocals add a layer of beauty that makes the song feel more universal and hearty, keeping upfront honesty as soulful as its predecessor. And seeing as third track “Let’s Go” played often during the Cubs’ World Series run at Wrigley Field, this one is already an upbeat fan favorite that can honestly be played in any situation that you need a little bit of an energy boost.

By the time we get to “Tin Foil Hat”, the energy is already up and we’re properly prepared for both the track and its quirky music video, also created in its entirety by the guys in Mutts. Its fun nature almost makes you feel as though the song is a fun one, but its message is very anti-hate and incredibly important. (“Get yourself a tin foil hat and get the government out of your head.”) After such a direct and important message is delivered in such a creative and fun way, the only way to round out the EP is to bring the energy down slowly with “Don’t Touch It”, a track you can absolutely sway your hips to, but we can’t imagine for a second anyone head banging to.

If you want to prove us wrong, though, you’re welcome to post a video and let us know.

Stick Together is available now. Keep up with Mutts here.