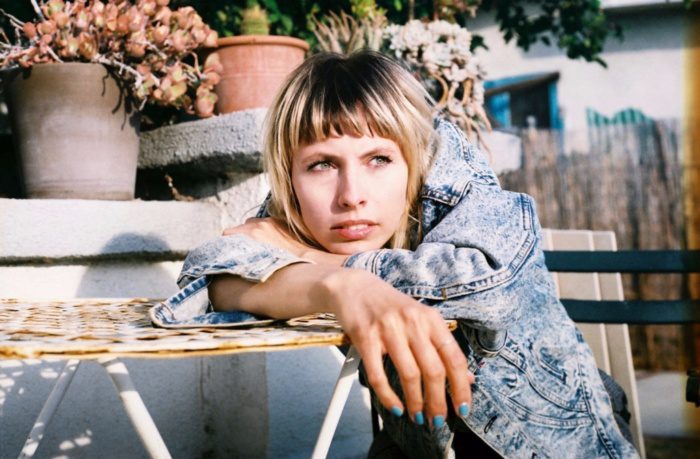 Nordic indie pop artist Majken may now be based in Los Angeles, but she’s carried her whimsical, infectious musicianship over and lit up the soundscape with her debut album Dancing Mountains. Her quirky monotone is lightweight, and almost enhanced in the reverb that the album is bathed in. From first track “Dreaming of Franco” – which starts us off with summery, carefree instrumentals that house lyrics that meander from times of love to times of distrust in a past relationship – through moody, 80s trance track “Here And Now”, all the way until the end of “Dear You” – which brilliantly features Maxime Sokolinski – softness is magnified into this surreal musical journey.

While the album was conceptualized on a journey – and we can find elements of her surroundings of Paris, the Nordic Fjord, and Los Angeles in each song, really – the same unamused, delicate sound we have come to know and love of Majken’s voice ties all twelve tracks into this concise, wistful collection of fun. The good news for Majken newbies is that we can get a sense of how far she’s come with her music with just this first full-length, as a couple of the tracks featured – including “Where It All Begins” and “Dreaming Of Franco” – were originally included on her Deronda Hotel EP. With songs like “A Little More Time”, Majken’s sound takes on almost a She & Him vibe, while ultimately we find notes of inspiration from acts The Velvet Underground and The Kinks most endearing. “I Have A Dream” is a mixed bag of tricks, and quite possibly our favorite track off the album. So, if you’re looking to start on a positive note on this weeknight, that’s where it’s at.

Dancing Mountains is out now. Keep up with Majken here.