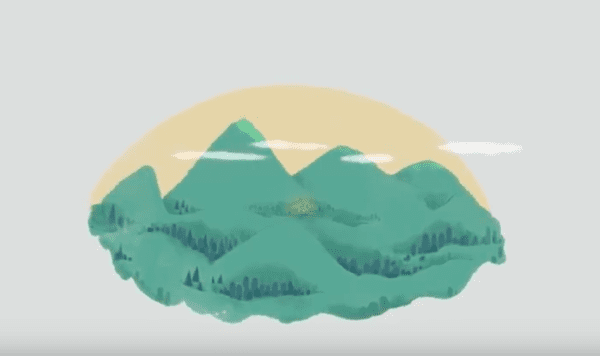 Chicago-based indie folk musician Joe Goodkin recently released the third installment in his record trilogy, an album titled Record of Love which follows 2015’s Record of Life and early 2017’s Record of Loss. This album is a bit different, as every single sound was created (somehow) with a single guitar. Listening closely, you can slowly figure out some of the sound manipulations and how it was done, but largely this album is so well structured that it isn’t even something that necessarily occurs to you. All of that aside, Record of Love has delicately captivated us and we are beyond excited to premiere Goodkin’s latest music video because of it.

On its own, “Ashes” was made in homage to people that Goodkin loved, as the lyrics weave a tale of remembering and honoring several very specific family members. But it also comes as a voice of comfort for those who may be struggling with a death, be it spiritual or physical. As lines like “May their ghosts be together and free / This is how we say goodbye to those we love” dance in your head, elegant physical drawings of the lyrics dance on the screen. Blackbox Visual has created a watercolor life for the video, replete with visuals of each family member, each urn, the outside setting in which they celebrate the lives of those they have lost. In the visual, we find additional warmth and comfort, even as the ashes float like black lightning bugs through the sky.

Record of Love is available now, both individually, and as part of a vinyl collection containing Record of Life and Record of Loss. Keep up with Joe Goodkin here.