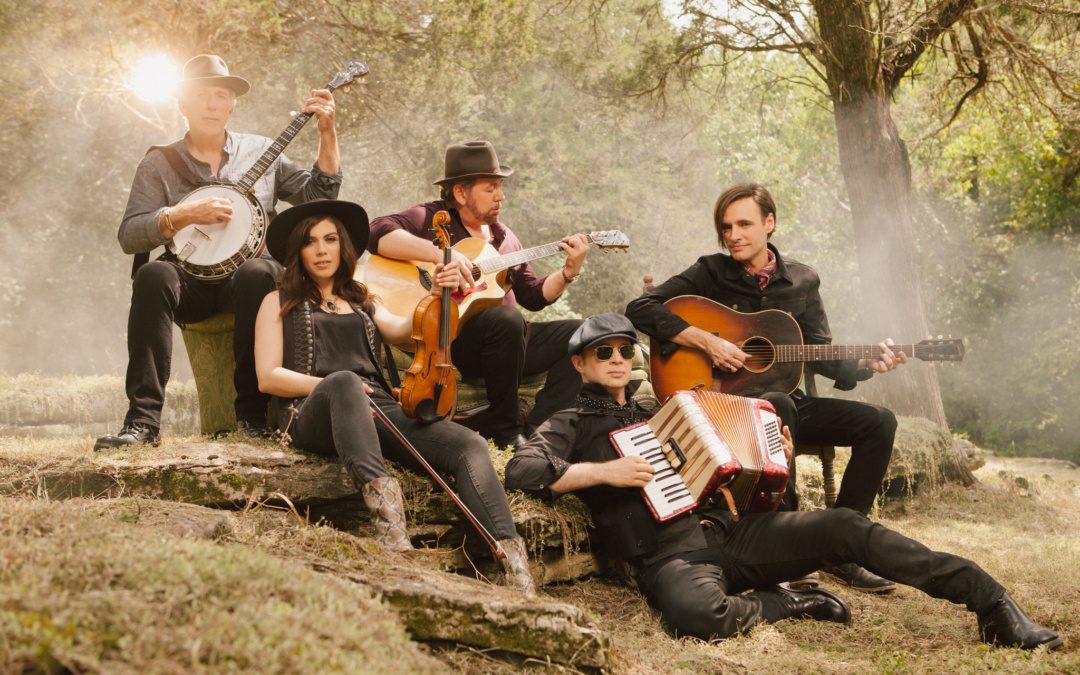 We got a few minutes with lead guitarist Marc Copely to get a little background regarding his involvement with the band, and takes us inside the recording circle.

My babysitter put on Led Zeppelin IV and that was it for me! I was stunned and have never looked back.

It was fast. I started late, around 13 years old, but picked it up quickly. I did my first gig a year later and haven’t stopped.

You are the lead guitarist and musical director of JD & The Straight Shot and you also produced the band’s new album Good Luck And Good Night. How did you become a member of the band?

My friend Charley Drayton called me to be in the band. He was the band’s musical director then, so he initially hired me. I started MD’ing the band about five years ago and we’ve grown and changed quite a bit since then – from an electric blues based band to the form we’re in now, which is mostly acoustic, and roots-based.

Good Luck And Good Night is such a fun, driven album. Are there any overarching inspirations that contributed to the work itself?

Well, we tend to sit in a circle and play through the song we’ll be recording and sometimes before you know it, we’ve been jamming for an hour and forget that we’re in there making a record! We get carried away with the fun, but I guess thats the point, right?

The band recently released a music video for your track “Run For Me”, a warm, live performance for your fans to enjoy, woven with old race horse footage. What inspired the video’s concept, and what was it like to shoot?

The shoot was easy. It features us playing a gig and was shot all in one take. No acting chops needed! Our frontman Jim had the horse racing idea since he wrote the song lyrics and had the concept for the song. I love all the old racing footage in the video. Amazingly cool.
Here’s the video to check out:

What is the band most excited about with your new album?

We love the fact that it sounds like us. It’s purely what we all sound like with no trickery at all. That record is us in a room playing music, so we’re really proud of the honesty of the album.

Good Luck And Good Night is available now. Keep up with JD & The Straight Shot here.