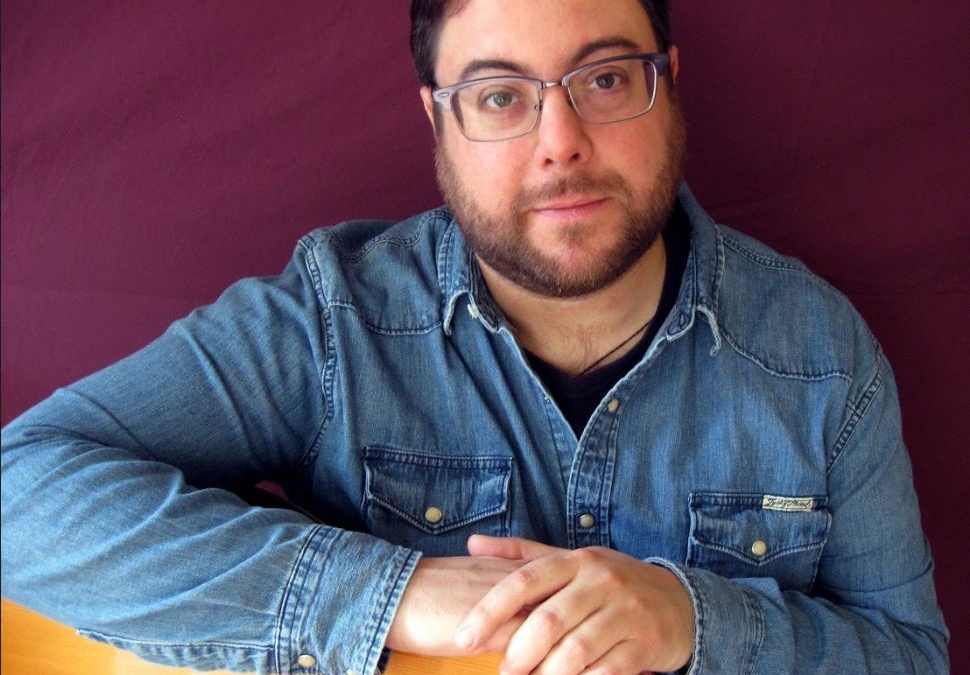 When I was about seven years old, I was introduced to my first record by an old man on a train. He was seated with three other older men, as the train car rolled through a warm summer’s evening. His face seemed weary and craggy with years of travel, and despite his small stature he drew me in and commanded my attention. With a voice sharp yet gruff, he dispensed life advice in exchange for whiskey and cigarettes, which he bummed from the silver-bearded man seated across from him.

After the conversation wound down, the old man put his head against the window and drifted off to sleep. And then, quite unexpectedly, this old man passed away in his sleep. He died right in front of me. And unbelievably, an apparition began to fill the train car. It was the ghost of the old man, looming large over the other men. The silver-bearded man was singing this song, and the ghost began to dance and sing along. Finally, the ghost pulled out a deck of cards, threw them in the air, and showered the train car with them. Then the scene ended.

I was seven years old, watching an episode of The Muppet Show. I was completely transfixed by what I had just seen and heard. And the song that the silver-bearded man and the puppets had been singing was absolutely infectious. “You gotta know when to hold ‘em, know when to fold ‘em…” It just completely took over my mind. What was this song? Who was that silver-bearded man? I was possessed with the need for answers.

And after demanding more information on all of this from my parents, they eventually bought me a cassette tape. 20 Greatest Hits by Kenny Rogers. And I played that tape until it wore out, on a little brown Fisher-Price cassette player. “The Gambler” was the greatest song ever written, according to my seven year-old ears. And for the next several months, wherever I went, that song came along in my head. Sometimes complete with the dancing ghost of an old man. And a group of puppets, their voices rising together in that rousing triumphant chorus.

It’s weird. Now that I look back on some of my earliest attempts at songwriting, they are replete with references to gambling and card playing. Despite the fact that I never cared much for either of those things in my real life. As I started to get into other music, I remember hearing gambling references in several Grateful Dead songs. And then on to Bob Dylan. And I began to see a metaphorical thread appearing. I followed that thread for a long time, and it led me to some amazing music. I owe the writer of “The Gambler,” a debt of gratitude for jump-starting a life in pursuit of beautiful song. Thank you, Don Schlitz. Also, while we’re at it, thank you to Jim Henson. And Kenny Rogers! I think of that little seven year-old kid in front of the television, stumbling on a seminal moment in his life. Ears in rapture to a truly great song. Worlds of possibility developing in his little brain. Future songs murmuring from somewhere far ahead in embryonic time.

Memory is a funny thing. Why did this record make such an impact on me? Was I merely seduced by Muppets with a clever hook? Or maybe it was my own budding interest in ghosts, cemented by the release of the film Ghostbusters at around the same time. Or maybe it was the fact that I almost died myself from anaphylactic shock resulting from an allergic reaction that same year. I can’t really know for sure. But that record, and that song, stuck with me. Somewhere deep in the darkness of my mind, the Gambler sleeps. On a train bound for nowhere. And there will be time enough for counting, when the dealing’s done…

Keep up with James Houlahan here.