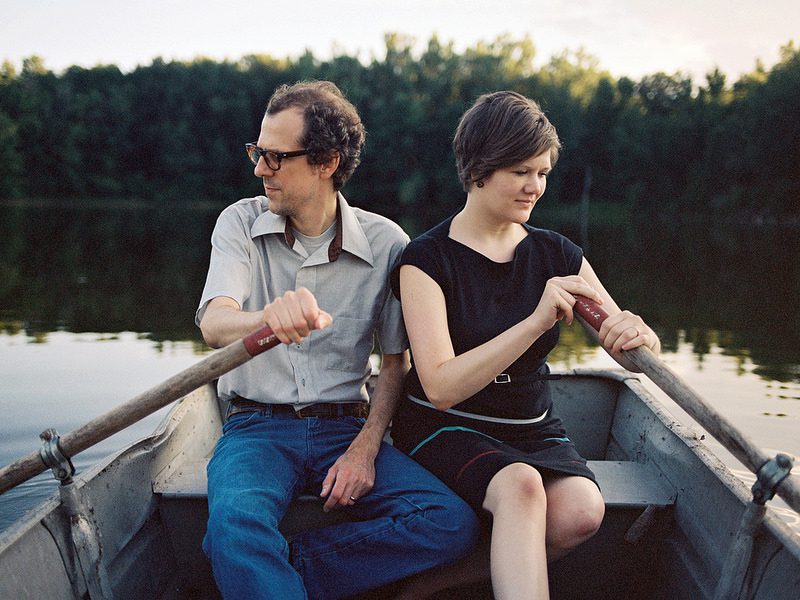 Tomorrow, Kalamazoo, Michigan’s indie/folk americana duo Gifts or Creatures – comprised ofBrandon John Foote + Bethany Foote – releases their third full-length, a ten track piece of work titled Fair Mitten. But while we wait (not so patiently) to own a copy of it for ourselves, we’ve actually got the whole thing streaming for you.

From the lengthy, beautiful instrumental intro on first track “Pontiac’s Rebellion”, to the soft, simple but detailed storytelling in “Trout of The Pines”, to the soulful and rock-tinged “Green Gold”, all the way until the last chords of final track “Conquest Of The Old Northwest”, the entirety of the album offers an almost earthy vulnerability to its sound, making each one of its listeners feel as though they are connecting with the land around them. It’s an absolute breath of fresh air, and the band seems to have had that in mind from the beginning. Explains Brandon Foote:

Ever since I was a child, I have been enamored by the boundless blue water and thick north woods of Michigan. The striking and stunning combination of wooded land and freshwater seascapes has a rich history that is often overshadowed by the coastal cities and towns of North America. I have traveled around the country and always miss the north woods when away. The Great Lakes region has always felt like a secret undiscovered jewel to me.

Do yourself a favor and take a journey over the lush and textured soundscape Gifts or Creatures has provided your ears in our exclusive album stream premiere!

Fair Mitten is out September 22nd via Earthwork Music. Keep up with Gifts or Creatures here.