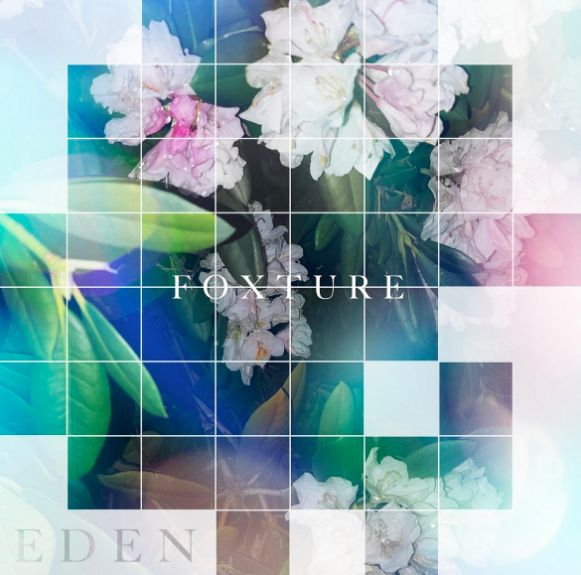 Winston-Salem-bred indie rock/alternative collective Foxture – comprised of Marlon Blackmon (Piano/Keyboard, Vocals), Eddie J Reynolds (Guitar), Andrew Irving (Drums), and Ross Barnes (Bass) – is showing us some pretty incredible chops with the release of their E D E N EP, a sparkling, six track collection that seems to bounce right out of the speakers with its energy. From the very beginning, there is no other way to describe what E D E N does better than to call it “groove-inducing,” as your hips are immediately swaying from the time you push “play.” Smooth percussion blends perfectly with Marlon’s ethereal vocals, and you’re transported to another place entirely.

In honor of the release of E D E N, we got a few words with Marlon, and a couple with Eddie. Check it out below, and let us know what you think of the EP!

Marlon: The first album I remember hearing was a Greatest hits compilation by the Temptations. I was very very very young, but they were my dad’s favorite artists collectively. I have always lived at least 25 to 30 minutes away from.
I guess there wasn’t really a striking moment beyond the first impression but after listening to those songs over and over, I began to learn the lyrics and their song “My girl” was the first song I learned lyrics to. From that point on I realized that I liked music, and became curious of what else was out there.

Eddie: Outkast’s song “Roses” from their The Love Below album was the first song I remember hearing. I heard that piano drop and 3 stacks yell out “CAROLINE” , and it changed my view on music with how it’s made and how versatile and unique it can be. My brother actually introduced be to it when I was nothing but a few years old. He pulled out a book of CDs, his full collection and asked me to select one of them, and that album stuck out to me. The second I heard it, my eyes lit up.

What is the Foxture origin story like? Was it a meet-cute?

Marlon: Well, Ross (bass) Eddie (guitar) and Andrew (drums) had already known each other from being in a band called Oceans Apart. I (Marlon, vocals and keyboard/synth) had been posting songs that I had recorded in my bedroom on bandcamp and Soundcloud, and people started contacting me for shows. I was just not interested due to stage fright and more specifically, the fear of not being able to replicate the layering of various parts and sounds from the recordings to a live setting influenced my interest on playing shows. So a few days after I released a solo version of our song “Surrealism” a friend of mine, who had been keeping up with what I had been working on, asked if I would be interested in playing her benefit concert for Louder Than Words, which is a benefit to help kids follow their music related dreams no matter their financial status. I thought about it, said yes, and took to a Facebook group for musicians in the area, and made a post asking if anyone wanted to help me out with full versions of songs that I already have (about 4 or 5 songs at this point). Eddie immediately responded and said, “Yo I have a bassist and a drummer” and we met up for practice and have been a band ever since.

Fast forwarding through the month that we had to prepare and learn all 5 songs, the show itself was the most awkward I have ever felt LOL. It was in this gorgeous concert hall at UNCG, under bright, bright, bright fluorescent lights. This was my first ever show, so I was super awkward and uncomfortable and we messed up pretty bad. But I remember walking fast backstage after that performance, sitting on the floor, and saying, “We need to book more shows.” I refused to let THAT performance define us and wanted to overshadow it so badly.

Your EP Eden dropped recently. If this collection of songs were a Thanksgiving meal item – whether it be an app like fancy cheese, the stuffing or cranberry sauce or turkey, or dessert – what would it be and why?

Marlon: Hmmm, I would have to say, red velvet cake. The icing would be reminiscent to the effects that we put into the album, and when you cut into the, soft, fluffy textures that seemingly melt in your mouth, its very satisfying.

Eddie: Mac & Cheese. Get lost in the gooey and cheesy goodness.

The music you make has always had a lightweight feel to it, but Eden has this almost translucent, otherworldly feel to it. Was this a noticeable and purposeful step in your sound, or did it just kind of happen organically?

Marlon: So, this is the sound that we have been trying to hone in on from the beginning. Emotions and feeling can be very abstract things, therefore we want our music to be as dreamlike as possible. We want people to have no choice but to fall into a lucid, hypnotic sense of thinking, and experiencing our music in general.

Any fun anecdotes from the recording process?

Marlon: We often laugh at the fact that I wrote “Understanding pt. 2” before I met the guys, and way before I wrote “understanding pt. 1”. Before I decided to change the name to Foxture, I recorded solo projects under the name “Lock & Key” and after realizing that a million bands and artists had that same name, I wanted something that was my own, that didn’t exist anywhere else. I liked the way foxes carry themselves in the wilderness, so because “Fox posture” didn’t roll off the tongue how I wanted it to, I merged the 2 words into “Foxture”, and “understanding pt. 2” was the first thing that I posted under that name.

What are you most looking forward to about this release?

Marlon: I felt like whatever the understanding series was going to be, THAT would be the second part of it. There was also a creative challenge of looking back at previous instances that inspired “understanding pt. 2” and trying to connect them for my own development as a person. We tend to understand (HAH) things better in hindsight anyway and, at that time, I was experiencing some serious writer’s block and that was a perfect way to open up and articulate the series more accurately.

With this release, we are looking forward to being able to communicate our vision more effectively and accurately. We are more than happy with this record and we had a lot of fun making it as well. I would say this ep is a perfect setup for a full length album, which we are currently working on.
___
And we can’t wait to hear it! E D E N is available now. Keep up with Foxture here.