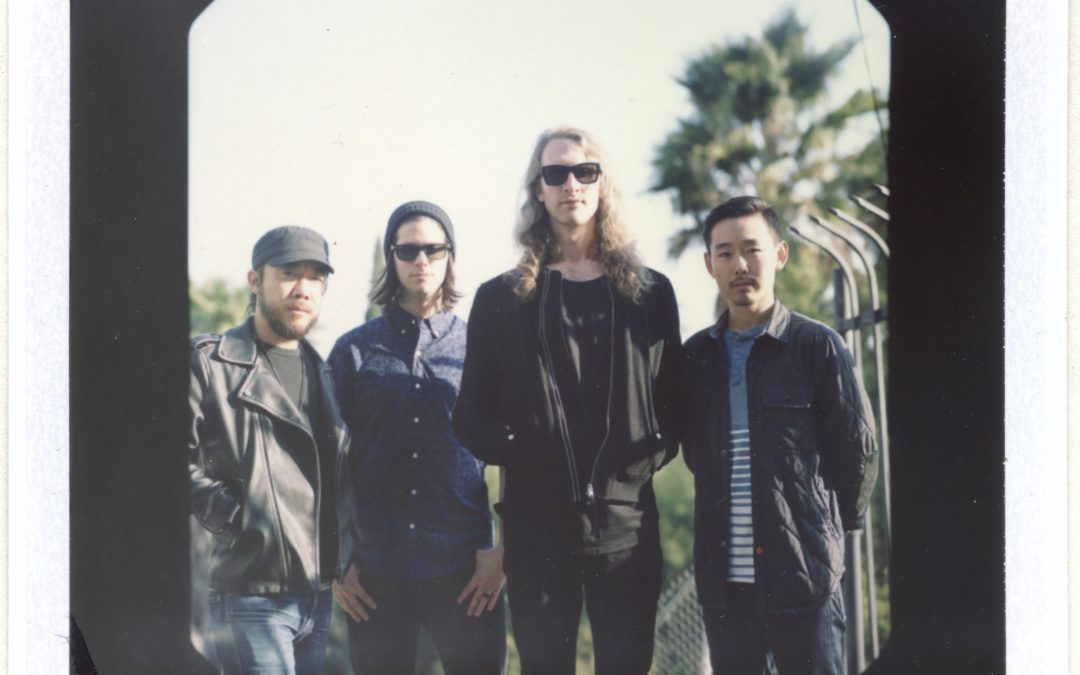 After releasing his debut EP Swimming in Circles in June 2017, founder and vocalist Ryan Parmenter enlisted the help of David Lee (guitar), Abraham Kim (drums) and Brian Blake (bass) to create Former Faces, an incredible indie rock quartet based out of Silver Lake. We’re expecting them to take the world by storm – as if they aren’t already well on their way – with the release of their first full length album Foreign Nature this spring. Learn more about Former Faces in our exclusive, quick interview below!

Your debut album Foreign Nature will be coming out soon. What was the creative process like when it came to developing the album?

Typically, Ryan would bring a sketch to Brian who would help to focus and arrange it. Then the idea would be presented to Abe and David whose musicianship would transform it into a song. Some of the tunes came together quickly and organically, others were reshaped several times. Completing the album was a journey and we learned a lot about the value of collaboration, persistence, and patience along the way.

What was the inspiration behind your new single “Forc# Fi#lds”?

Inspiration for Forc# Fi#lds began as a desire to reconcile the past and open up to the future. It is a song about letting your guard down and being “wide awake” to new relationships, ideas, and endeavors.

What was the best part about developing your debut album?

Our epic recording adventure in Dear Valley, Utah. We packed two SUVs to the brim with gear, trekked up to the mountains just outside of Park City, and reconstructed Brian’s studio in the living room of a friend’s cabin. We tracked for the better part of 5 days. The view and the vibes were incredible. And no plug-in in the world can match the natural room reverb we captured! We’d been playing together as a four-piece for a few months prior to that trip. When we headed back to L.A., we were a band.

What were some challenges when it came to developing Foreign Nature?

With limitless sonic options at musicians’ and producers’ disposal these days, it can be very difficult to define one’s sound. We set out to create a record that was organic, highlighted musicianship, and was true to our live sound. Accomplishing that while still creating ear candy that sonically competes with our idols’ music was definitely challenging (the record is entirely self-produced, a feat in and of itself!), but we feel like we pulled it off and couldn’t be prouder of the results.

What is a typical day like for you all?

What are your plans after releasing your album? Any tours in the future?

No tours as of now but we will be performing all over L.A. and have our sights set on the festival circuit. Foreign Nature is meant to be performed outdoors for a meandering crowd of nature-loving music fans 🙂

Who would you say are your musical inspirations?

Keep up with Former Faces here.