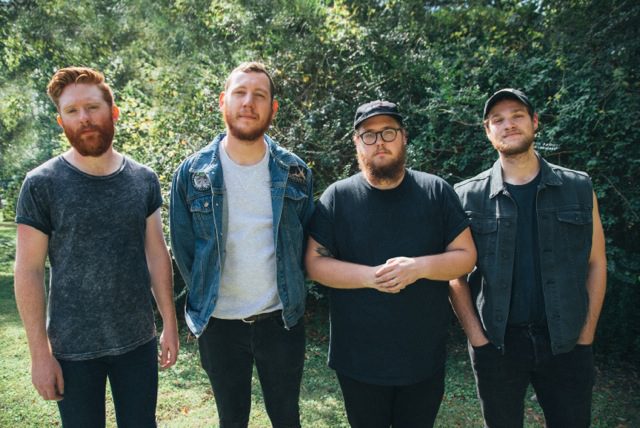 Earlier this month, Kentucky-based alternative/indie group Father Mountain – comprised of Travis Cox, Jesse French, Austin Hohiemer, and Zane Martin – released ten track full-length debut Apartment Living. With that title alone, I don’t know a single person who wouldn’t be intrigued to find out if there are shared experiences in the plane of living in actual apartments. Of course, we expected topics to bounce around a little more than that. What we didn’t expect was that the album would make us feel so good.

With vocals laced so thickly with sincerity, Father Mountain completely pulls you into the emotions of every song. “Grey” teaches us not to assume too much about the mood of the track based on its title, while “Sobriety” saunters along in a melancholic sound space. (Slightly as expected.) “Friends” picks up with more of an alt-pop vibe, something that distracts from the self-assessing narrative about the importance of timing and friendship – or otherwise – hitting you when you least expect it. “Grace” exists at just over one minute, discussing the struggle of decision making in relationships, and giving us a line with the word “grey” that feels much more melancholic than the first track. “Hallelujah” has a very distinct Death Cab For Cutie feel to it, winding a narrative about angels and the afterlife, really packing in the religious verbiage and allowing those who attended private school a bit of a leg up when deciphering it.

Keep up with Father Mountain here.