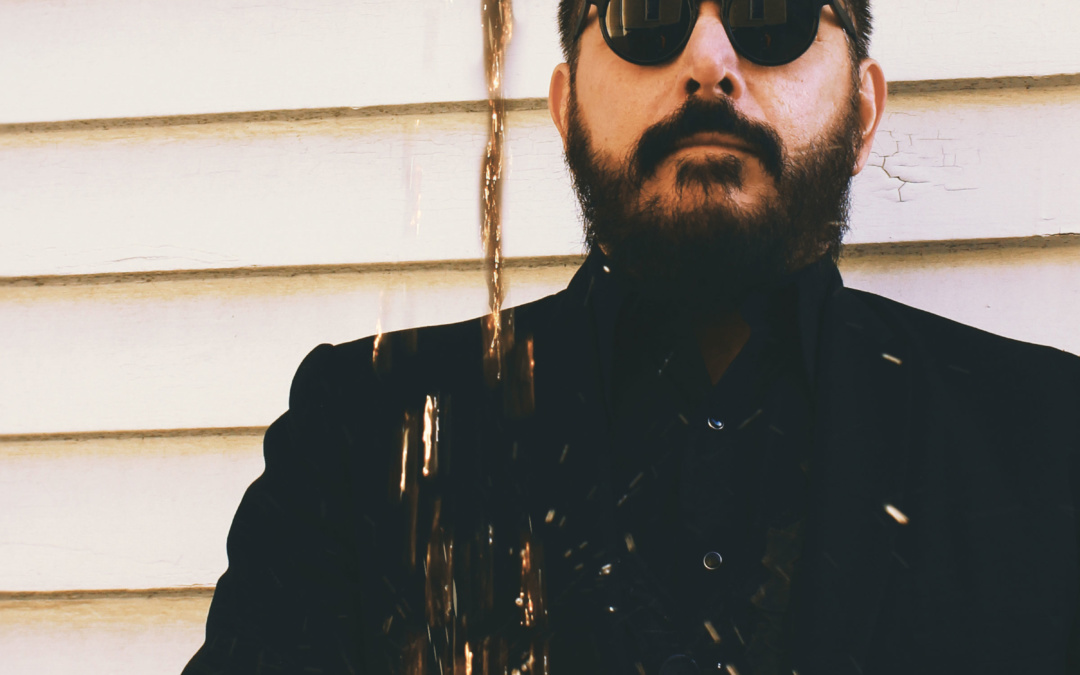 On April 5th, Drunken Prayer (Morgan Geer) will release his latest full-length, Cordelia Elsewhere. We took a few minutes to chat with him about his evolution as an artist, superstition, and the new album at length. Check it out below!

For everyone in Europe we find it hard to grasp the sheer size of the US, as a touring musician when you do a coast to coast tour of the USA just how long does it take and how does the touring experience differ from other countries?

It takes about 5 days to comfortably drive from coast to coast. I’ll be playing maybe 10 shows on the way to the west coast. It’ll take me about 3 weeks to get to LA from Asheville, North Carolina. In that time I’ll be stop in Austin and Albuquerque to rehearse two different groups of musicians for local shows. I could do it faster but on long tours like this it keeps me sane to stop and watch a few sunsets.

You will soon be releasing Cordelia Elsewhere, tell us a little bit about your fifth album.

I had a lot of music but the lyrics were a little shaky. After the 2016 presidential election I found a voice for the record though. This is the closest to a concept record as I’ve done in that regard. Some songs came very quickly, others, like “Rubble and Dust”, required a little thought. I go down a lot of rabbit holes lyrically and have to reel myself in sometimes.

I’m not sure I consciously chose any superstitious themes. I brood on what lies behind the veil and the unexplained so it’s natural that what I write about. Some of those rabbit holes are filled with me writing without thinking and reflecting afterwards.

There are certain places in the world where superstition is something very big and they truly believe the tales, do you have a certain favourite superstition?

I think wet bread is bad luck.
I come from an Irish Catholic family – apparently you’re supposed to bury a statue of St. Joseph upside down in your yard, under the for sale sign, if you want to sell your house.

They say you should never meet your heroes, but what was it like when you met one of yours Tom Waits?

I wanted to throw up. It was surreal because it came at a time when I was listening to him more than usual. Whenever we talked I would walk away nauseous. I’ll never forget the way my name sounded coming out of his mouth. It was a peculiar feeling.

Your music keeps to them authentic American roots, what is the importance to you of keeping those roots imbedded in your music?

I don’t know that it is that important. Neither is speaking English but it’s what I know. Coming from a musical family that veers toward traditional jazz, country and blues, it’s a familiar voice that comes naturally. I try to stay insulated without isolation. It keeps me open but grounded. When I allow myself to follow every whim I turn into a gross mess.

Why have you decided to have the homesick theme in some of your songs, what makes you so good at conveying these feelings?

I grew up a little lonely sometimes. I was the only child of a single working mother and we moved around a lot. That left me with competing feelings of restlessness and a desire for a forever home. I identify with sad songs.

Why do you feel that Cordelia Elsewhere is your strongest album as Drunken Prayer to date?

It was recorded by a gifted engineer, Brian Landrum, and mixed by the great Mitch Easter from Let’s Active. We played the songs one after the next in a one room backyard studio with only necessary overdubs. The songs on this one came pretty easily all in all as well. That’s usually a decent barometer. When I have to labor too hard over something, it usually sounds fussy. I don’t think it’s a cluttered record.

The whole way in which artists make music and how people buy and listen to music has changed drastically technologically both for the good and the bad. Do you as an artist embrace that technology or do you prefer the older ways, and why?

More and more songs are heard as singles, separated from the album, like the early 45s. That idea has kind of come full circle now that you can upload singles directly to online distributors like CDBaby. I like good sequencing so I tend to buy entire albums, usually vinyl records. Not because they sound better – I’d never know the difference on my cheap system – but I like the machinery and the tactile quality of 12” records and the big art.

Also with the technology comes freedom for you as an artist, long gone is the time when a record label tells you what to do. What do you think are the negatives of this on the music industry as a whole?

There’s a lot more noise to sift through. I use streaming services, especially on tour, but sometimes listening to music in my bubble or personalized playlists gets old. A good radio station is a curator you can trust.

Every place has a different feeling musically, but yet your music is American. Are there certain songs which musically it could come from a certain place in America and if so which songs?

“Four Leaf Clover” started off more as a cajun song. It’s some of the prettiest music there is.
“Rubble and Dust” reminds me of the desert even though it name drops Bend, Oregon. It ended up with what I’d consider a Topanga Canyon sound. That was a happy accident.

Your father and your mother father played Jazz and Dixieland, how has this affected you musically?

For as many generations as anyone can recall, everyone on my mother’s side was some sort of musician. So being a musician of any level of success was an honorable pursuit. There was a point when I thought about maybe going into theology or law but it seemed wrong not to follow the musical wind at my back.

Thank you so much for giving Imperfect Fifth this interview, anything you would like to add?

If you go down to the woods today, you better not go alone.

Keep up with Drunken Prayer here.