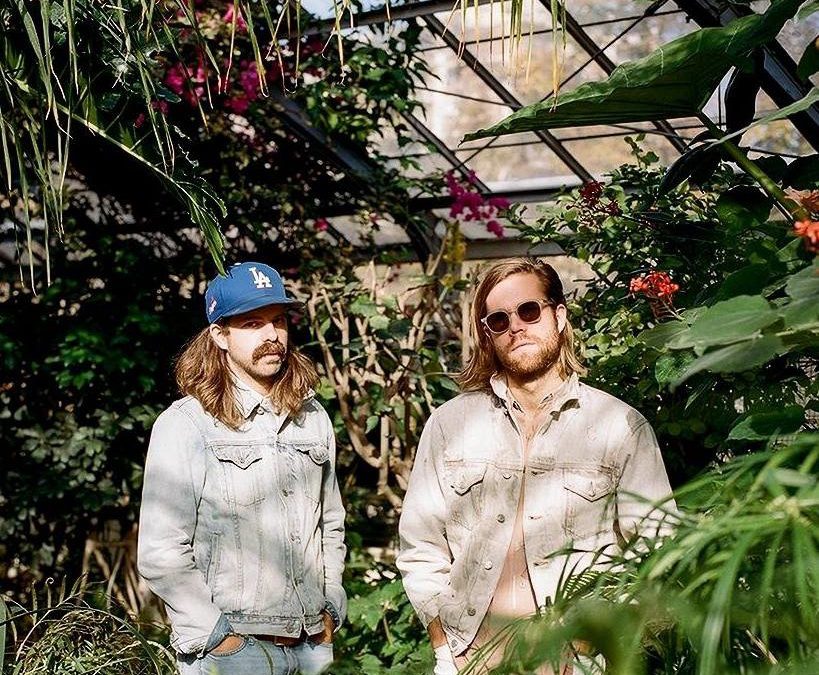 Toronto-bred pop/rock duo Darcys – comprised of Jason Couse & Wes Marskell – has certainly been making its mark on the world with its own unique style of energetic tracks. While the guys were busy prepping to release the new music video for their track “Virtual Reality” – which will take you back in time with fun effects that trigger your nostalgic heartstrings – we got a few minutes to chat with them about their process. (Hint: Coffee is key, but you’ll be witness to their infectious energy that may or may not actually require a shot of caffeine.)

What is the first song you remember hearing? What song prompted your love for music?

Steely Dan’s “Aja“, Prince’s “1999“, Michael Jackson’s “Dangerous“, there’s just so many. Music feels good to listen to and even better to play. That kinda love doesn’t need much prompting.

You’ve created a variety of music from road trip anthems to happy holiday tunes. What is your favorite song that you’ve recorded so far? Why?

Black Diamonds. Every time I hear that song I congratulate myself for bringing it into this world. I don’t know what it is, but I really really love it.

What does a typical day look like for The Darcys?

Smoothie, coffee, Abelton, sandwich, coffee, Abelton. It’s pretty simple. Every day we’re in the studio trying to get inspired and create something that’s going to last. Something better the the record before, something we think will challenge our audience and something that will bring our band to a new place.

What is the creative process like for you when creating a new song/album?

It’s different every time. It’s about getting inspired and wanting to do something you love and care about. Our current workflow is much quicker than it’s been in the past and the new sounds reflects that. Still not sure where it’s going, but I’m digging it so far.

Do you have any pre-show rituals?

I do 40 push-ups, drink a double vodka soda and kiss Jason on the mouth.

What do you hope listeners take away from your music? Any certain feeling?

I try not to think too much about how the listener is going to interpret what we do because that makes creating more difficult. Centerfold, to me, was the ultimate escapism record. If you can listen to some of the songs and forget about some your bad for just a few minutes, I’m happy.

How would you describe your music using a GIF or video?

What are you currently working on? What do you think fans will be excited about in the future?

We’ve been deep in production and song-writing for a number of different artists. Lots of cuts are coming out this year and I think our core fans will be able to hear a few Darcys easter eggs.