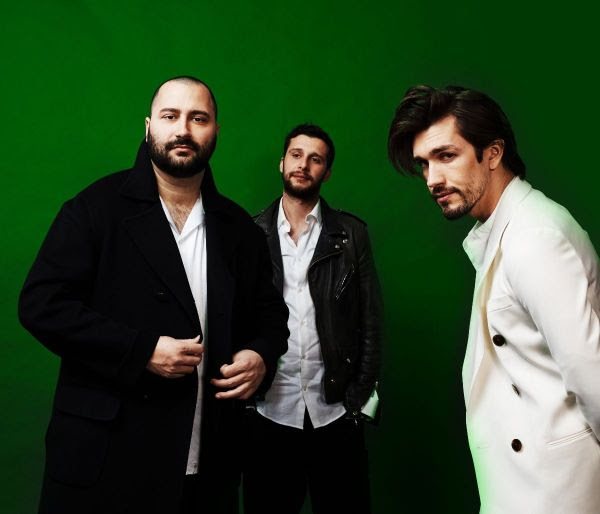 Alt group Charming Liars have followed up their recent success with the release of new track, ‘Blame”. Charming Liars’ journey began in the west-end London music scene, with guitarist Karnig Manoukian and bassist Mike Kruger writing and playing together in a series of bands in their teen years (these boys go way back) before moving to LA where they connected with vocalist Kiliyan Maguire to solidify the band’s lineup.

The group kept busy in 2019, releasing their debut album Thought, Flesh, and Bone, a follow up acoustic EP, Bare Bones, and (as if that wasn’t enough) a live collection called Live 2019. To top things off, Charming Liars also did a headline run on the West Coast, toured Europe with The Faim, did a U.S. run in support of Angels and Airwaves, and were on a UK and European tour with Palaye Royale before it got cut short due to COVID-19.

Of the song, the band says “Blame’ is an explosive anthem asking for one more shot at love from your last late night call. What happens when the lights fade and the drinks dry up? When your memory starts to dive deep into the wreckage of lovers past? Blame.”

Explosive indeed, the new track combines electrically-charged beats with Maguire’s effortlessly cool and stylish vocals, skyrocketing the tune into the alt-pop atmosphere. It’s an anthemic love song that begs for forgiveness and another shot, but the instrumentation and delivery softens the hard corners of the serious subject matter, keeping the track feeling light as a feather and full of hope.

“Blame” is out on all streaming platforms now and the cancelled European dates in support of Palaye Royale have now been rescheduled for August and September this year.

Keep up with Charming Liars here.