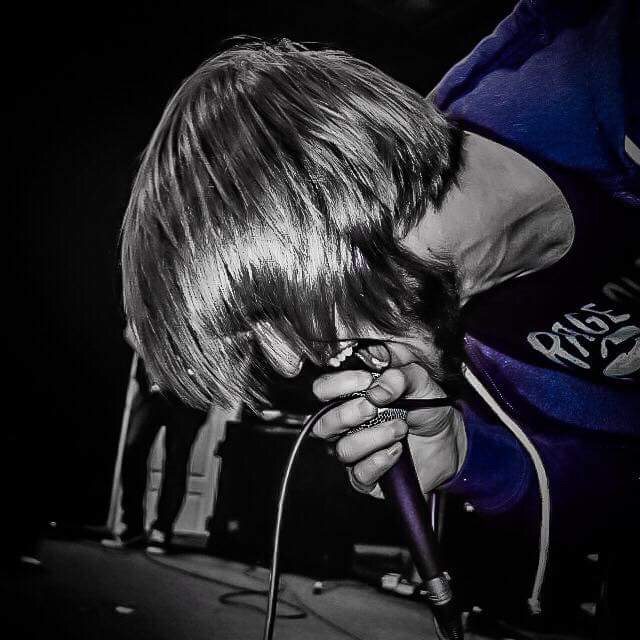 Previously of Victory Records, the four piece hardcore punk band American Standards independently produced, mixed, and released their album, ANTI-MELODY in April of 2017, following a tumultuous time in the lives of the bandmates, losing their founding guitarist to suicide amongst other traumatic events.While much has changed since their founding in 2011, Phoenix, AZ based American Standards have been putting out gritty tracks, always with a drive for authenticity, and ANTI-MELODY is no exception. Currently comprised of Brandon Kellum’s vocals, lead guitarist Corey Skowronski , Steven Mandell on bass, and Mitch Hosier providing drums, American Standards has never been a band to be put in a box. Described as noise/hardcorepunk, mathcore, and/or metal, American Standards makes their own name in the music world.

With explosive vocals and instrumentation to match, ANTI-MELODY not only touches on the band’s personal problems, but also global issues and relevant conversation – all, of course, wrapped up in music.

Coming off of the release of ANTI-MELODY, we had plenty of questions for Americans Standards, so we caught up with American Standards vocalist Brandon Kellum. He decided answer our seven questions about the band in all 90’s references, and we’re here for it.

What’s your favorite snack to eat while making music?

Dunkaroos washed down with an ice cold Fruitopia.

When was the defining moment for you guys to realize, “Wow, music is my life now!”

Somewhere in the 2nd chorus of “What’s Up” by 4 Non Blondes.

Do you come from musical families, or was your interest in music a deviation from “normal” growing up?

The closest thing I had to a musical family was watching Jesse And The Rippers on Full House.

With so much accessibility to all kinds of music today, how do you make yourself stand out in the wide world of music?

ANTI-MELODY was birthed from what sounds to be a very emotional time. Do you consider writing/creating or performing music live to be more therapeutic?

It’s a nice distraction and more then anything, a vessel to connect with others. It allows us to start a conversation with people we may not have met otherwise, in a place we likely wouldn’t have gone. So out and create something and revel in the experience it brings you.