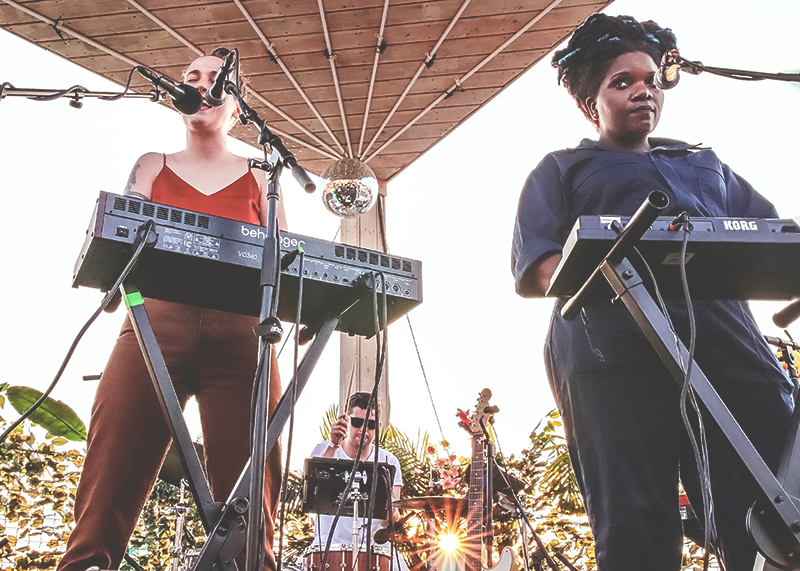 Arthur Moon opened for the illustrious Palehound on July 10th in the depths of Brooklyn at Elsewhere. The band – comprised of Lora-Faye Åshuvud, Nick Lerman, Marty Fowler, Dave Palazola, Aviva Jaye, and Cale Hawkins – was absolutely mesmerizing, and we were lucky to have photographer Kevin McGann out to capture it! Check out some highlights below!

Keep up with Arthur Moon here. 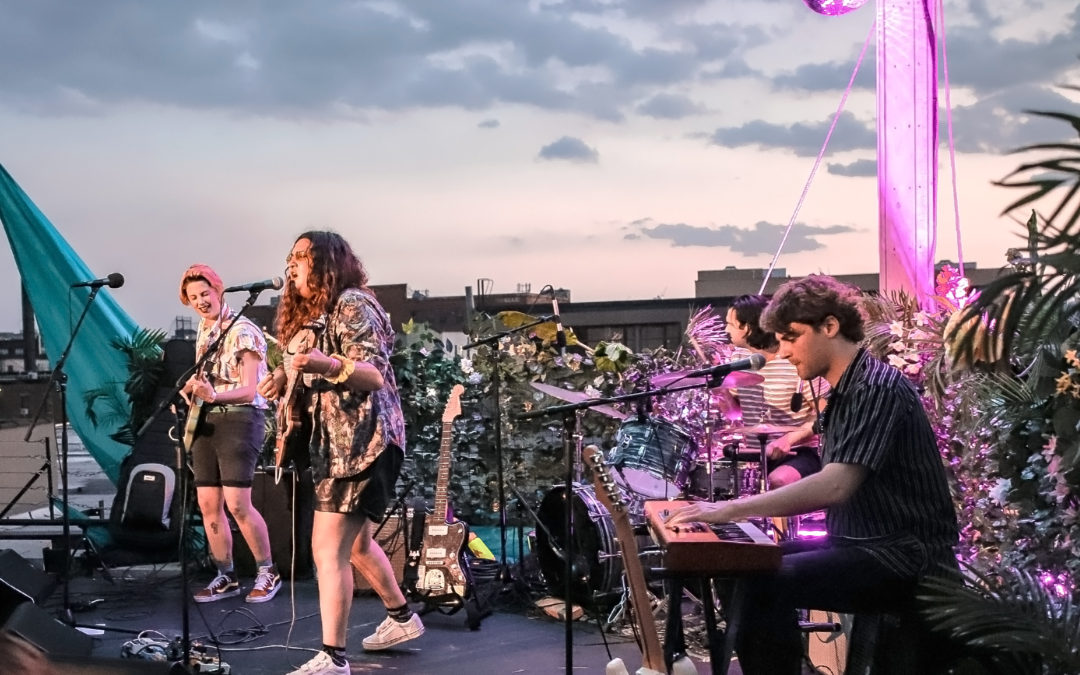 Palehound took to the stage last Wednesday night on Elsewhere’s Rooftop in Brooklyn just as the sun was setting. The whole scene was surreal as the stage was decked out in fake flowers and tropical plants juxtaposed with the neighborhood’s industrial setting. And as the sun set and the the night sky grew dark, neon lights kicked on overhead to illuminate what would be an electric set from the Ellen Kempner led band. Her delivery provided as much contrast as the backdrop, singing at times in a soft, almost whisper like voice only to then break into a frenetic guitar solo before returning to the mic like she had just exercised her demons. The band, which includes Jesse Weiss on drums and Larz Brogan on bass, provided a solid framework and helped flesh out the songs from the recently released album, Black Friday.

Palehound returns to NYC in October where they’ll be playing alongside Big Thief. Not to be missed.

Keep up with Palehound here.