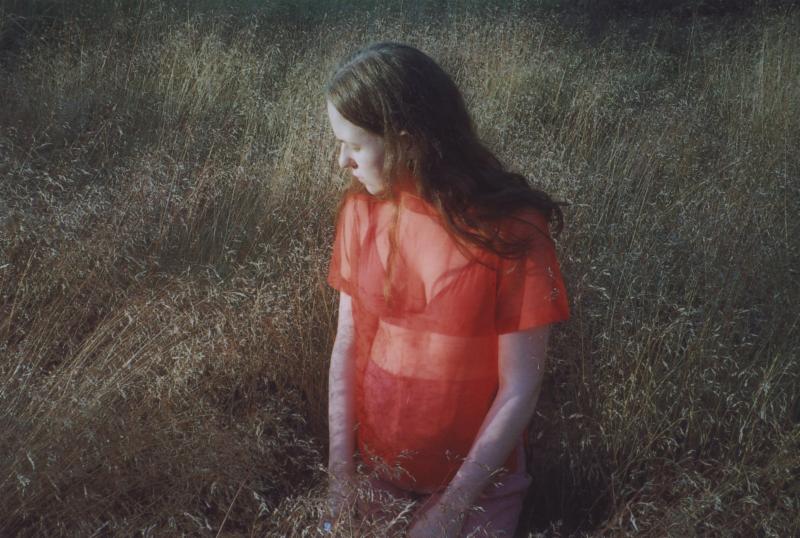 Swedish songwriter Alice Boman recently released a limited edition 7″ of her single “Dreams”. Boman’s first release in three years, the physical copy is comprised of “Dreams” on one side, and an instrumental version of the single unavailable anywhere else on the B side.

“Dreams” lightly dances along, with melancholic lyrics and an almost eerie undertone to the vocals. Poignant in its disposition, Boman’s lyrics beg the question “Where do dreams begin?” repeatedly, opening up space for its listener to ponder. Admits Boman of the track:

I wrote “Dreams” more than 2 years ago and I can’t recall exactly what was in my mind at the time. But I do remember being in the studio later on recording the song. I had just gotten a disappointing text message and I was sad and upset, and then I had to record vocals. And I remember that it hit me, when singing the song, that although I wrote it at another time it captured just how I felt in that moment too. And it comforted me somehow, that that’s how it is. Everything is constantly changing. But some things always feels the same. Heartache is never easy. And in those moments it’s important to find something to hold on to. To keep on dreaming.

Alice Boman Live Dates:
10.11.17 – Stockholm, SE @ Pygméteatern (sold-out)
02.28.18 – London, UK @ St Pancras Old Church
“Dreams” is out now. Keep up with Alice Boman via Facebook, Instagram, and at AliceBoman.com.
Meredith Schneider
Editor in Chief at Imperfect Fifth
Meredith is often referred to as an entrepreneur, photographer, writer, and multi-media maven. She is currently the Editor in Chief at Imperfect Fifth, Co-Owner/Co-Producer at DoubleTake Productions, a ticket seller at a concert venue in KC, and a freelance writer/photographer. In her free time, she likes to make baked goods and complete DIY projects alongside her trusty – OK, not so trusty – cat Schmidt. She loves Batman so much she named her car Bruce Wayne. You can find her random musings on Twitter and Instagram.
Latest posts by Meredith Schneider (see all)