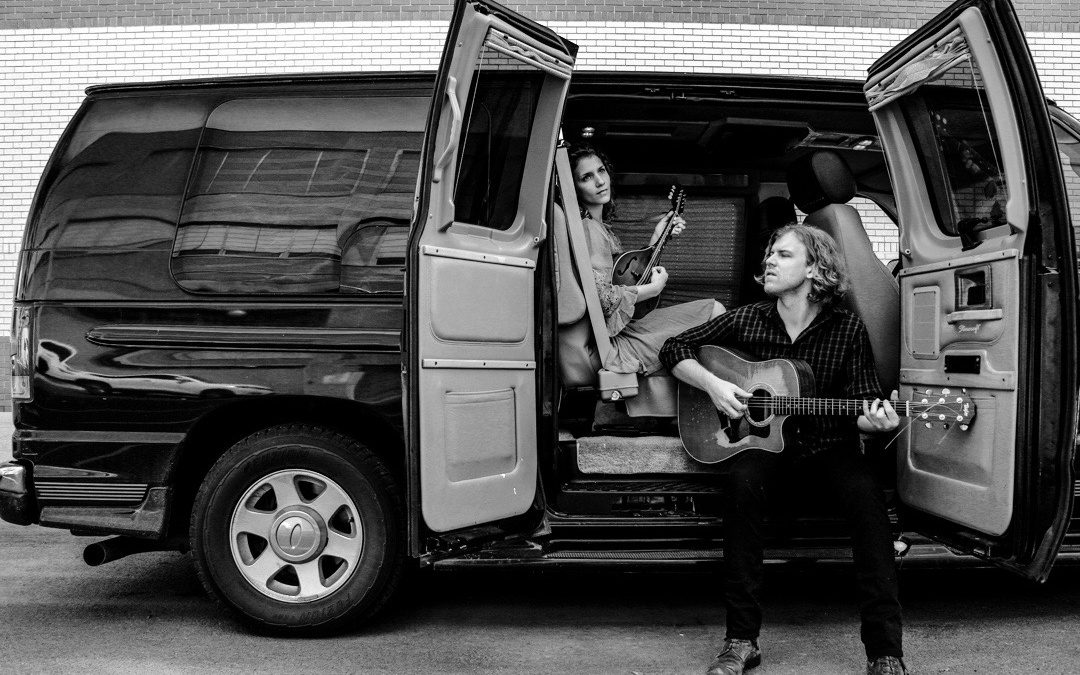 Today is a big day for earthy folk/indie rock collective 5j Barrow, the quartet comprised of Eryn Murman, Jason Hite, Drew Jones, and Gerard Canonico that once called Ohio, California, Tennessee, and New Jersey home. The musical (and romantic) duo of Murman and Hite found their way to music initially through the world of acting, so their romance was always steeped fully in the arts. Having just released their EP The Journey Vol. 1 on October 6th, they’re bathing in critical acclaim as they count down the days to their wedding next month. (Yeah, sometimes an EP release isn’t the biggest thing you do in a season!) And one can audibly notice why they’ve received so much attention, as the five track EP brings its own vibrant energy with it right through your speakers.

We were lucky enough to get a moment to chat with Eryn Murman herself, to delve into the story of 5j Barrow, and how they operate behind the scenes.

My earliest memory of a song that really caught my ear was Michael Jackson’s “Thriller.” My mom would have the vinyl playing in our den and I would dance around to it. The first album that made an impression on me (and locked itself into my early childhood memories) was Billy Joel’s River of Dreams, my dad played the cassette in his car and I loved singing along, getting lost in the lyrics, melodies, and album art. Both of these artists made an impression on me in their incredible use of dynamics and storytelling.

What is the origin story of 5j Barrow? (Was it a meet cute?)

I never thought of it as a meet cute, but I guess it certainly was! Jason and I met as actors performing together in California. We immediately connected and our taste and love for music was definitely one of the big common denominators. I was temporarily in Cali (based in NYC at the time), and the opposite for Jason. He had planned to make the move to New York after our show. Within a couple of days of arriving in NYC, we wrote our first song in my apartment 5j (on Barrow Street). Within a month we had 5 songs and could tell something special was happening. We named our music and collaboration after this special place we wrote all of our first tunes. A little over a year of being band partners, we became romantic partners, a couple of years after that Jason moved into 5j, and now 6 years later we no longer live in NYC or in that apartment, but we most certainly carry on its name and story with us via our music. We’re now chasing our dream of touring our music and living on the road, and we are getting married next month!

The new EP is absolutely phenomenal, freeing and relaxing in its sound. How do you imagine people listening to it?

Wow, I love this question. Driving under the night sky (or any beautiful expansive sky) is one of my personal favorite ways to listen to music, albums particularly. Road trips, adventures and times in one’s life when they’re taking a risk or exploring a new path. I would be honored if our album was a soundtrack to that time in someone’s life.

We are enamored by “A New Begin”. What inspired that track, specifically?

Thank you! That song came from self reflection at a time in my life where I was happy, loved, and had a support system but would still have these moments of feeling completely alone. What surprised me more was that it was an empowering loneliness. An awareness and acceptance that when all is said and done I have no control in how long people will be in my life, what a new day will bring, or even when my own life will come to a close. Although it’s overwhelming to think about, I will always have myself and my breath to get through anything, and have the power to start anew at any moment.

New York City is such a big and terrifying place sometimes, and it’s beautiful when you find kindred spirits amongst the madness. You’re all from different places, and you found each other. But what do you think is the most magical thing about the city that brought you together?

You’re so right. It blows my mind when I think of where we all came from and how in the world we all ended up in this band together! NYC certainly gave all of us the realization, conviction, perseverance and strength to go after our dream. It’s so hard to make anything happen in this city with everyone’s crazy schedules, so to take the time to build a band, nurture it, and grow it – it became very clear that we really wanted to do this. I feel like if there are any doubts in your mind, the city makes things too difficult to put up with the exhausting energy and inevitable ups & downs.

If you could get any superhero to promote the EP, who would you choose and why?

I’m not the most educated in superheroes, so I went to the experts, our bassist (Drew Jones) and drummer (Gerard Canonico) for this one. They both had the same answer for the same reasons at the same time, haha!: “The Flash because he could physically put it in everyone’s hands very quickly.” 🙂

What’s the best part about performing this EP live?

It’s pure joy. It’s unabashedly who we are. When you get to be who you are, do what you love, and connect with beautiful people through it, there’s nothing like it!

The EP release show is tonight, October 17th, at American Beauty in NYC. Tickets are available here. The Journey, Vol. 1 is available via iTunes and Spotify.