two, pull the knife out 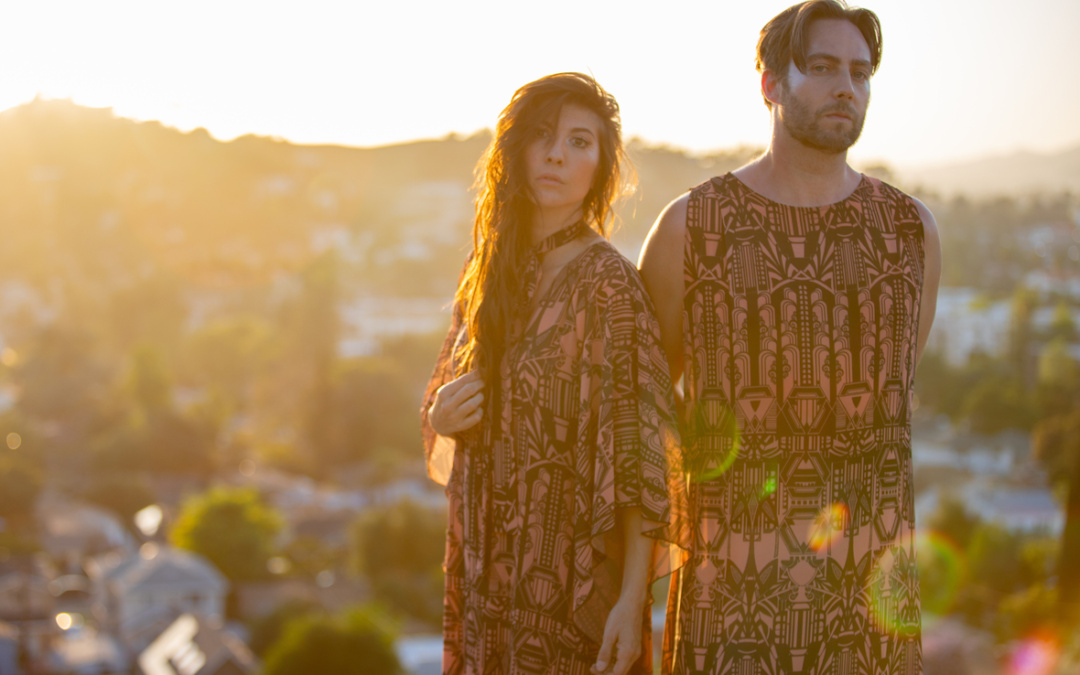 Aja Volkman and Dan Epand of Nico Vega have come together to form the duo TWO, and just released their brilliantly painful EP Pull The Knife Out last Friday. The EP reflects a traumatic time in Volkman’s life, but while it certainly projects the feelings of sadness, loneliness, anger, and despair that plagued her at that time, a ferocious sense of empowerment surges from within the tracks and overshadows those negative emotions in favour of acceptance and self-worth. Written entirely by the duo and produced by Epand, Pull The Knife Out displays a varied set of seven songs that showcases the duo’s incredible talent in every facet of the record; the vocals, lyrics production, instruments, and even the structure of the songs and the EP as a whole are executed incredibly well.

“Live Forever More” is a hybrid song-poem with spoken word poetry verses and sung choruses. Not only are the lyrics expressive, narrative, and insightful, the rhythm of the words and the melody of the chorus invite you to sing along. The more you sing (or just listen) along, the more you believe in the words and their message. “Whoa Man” is also a spoken word performance, but the atmosphere is hauntingly empty, with Volkman’s voice and deep, throaty “mmm’s” intensified in the vastness. Her words reverberate into the silence when she pauses, amplifying their effect. Again, the words are profound. “If I am to be the woe, and you are to be the man, then let me blow your mind with just how great I am.” Even in this single line, you can recognize the trauma (“the woe”) and the empowerment (“how great I am”) that Volkman has gone through.

“Cage Fighter” also exudes confidence through its music and features more spoken word poetry in the bridge. It’s straight-up rock– heavy guitars, a pounding beat, and Volkman’s incredible gravelly vocals. From the music to the words, this track is powerful. In the bridge, sounding like she’s some higher being, hovering above. She says “when you’re small… it’s an opportunity to have humility and fall,” and “be a ball of fierce compact energy, waiting to explode,” and then the music does just that, launching into the chorus again with sustained energy. The only other song that rivals the energy of this track is “Phoenix”, a song that bleeds determination and resolution. It has a slow but firm beat that emphasizes her words– “you can’t take this song away from me.” Despite the slower tempo compared to “Cage Fighter”, even the quieter parts of this track are filled with energy that feels as though it can barely contain itself. Volkman’s astonishing vocals come to light once again as her voice sails at the climax of the line “for out of the fire I’ll rise again.”

The standout track “In This Rough” is also overflowing, not with energy, but with emotion. Volkman says that she “went through some dark times trying to find the kind of surrender expressed in this song.” As she sings her voice catches, brimming with emotion. The bridge has only drums and her voice in that classic anthemic manner, where, in a live performance, the audience would be screaming out the lyrics alongside her, tears streaming down their faces because at that moment– they’re understood. The guitar, spirited drums, and synths sound relatively carefree, but her words and voice are tortured. In a similarly contrasting way, the music of “Faces” sounds calm and nostalgic, with the initial guitar voices singing an easygoing duet and fun melodic “oohs” in the chorus. The lyrics, however, place the nostalgic sound in a more regretful context. Volkman’s vocals are especially intriguing in this track as well. Her inflections play with the placement of her voice, and it’s impossible to guess where she’s going to go next.

The closing track, “Crazy Love”, is full of conviction and honesty, something that’s easy to perceive in her voice. It begins with a unique drum part that sounds like deep water droplets. The rest of the track is an accessible song about exactly what the title says– a crazy love. In the transition to the bridge, the music feels as though you’re being submerged into water, and in the bridge itself, the classical background vocals contrast with Volkman’s sharp voice, creating quite a unique effect.

Pull The Knife Out is well done from the inside out. Volkman and Epand’s immense abilities as musicians create fantastic music, and their close relationship doesn’t hurt either. Volkman says “Dan and I have always remained close and supportive of each other. He has been my cheerleader for over a decade,” and Epand returns the sentiment in saying “We have been through a lot together, a friendship and a creative collaboration that continues to evolve.” It’s that close bond that truly makes their music shine, and combined with Volkman’s remarkable voice, it’s no wonder that the duo has been generating buzz and accumulating some influential fans including P!nk. The EP is out now, as is a music video for “In This Rough” that was shot in quarantine and written and directed by Epand.

Keep up with TWO here.