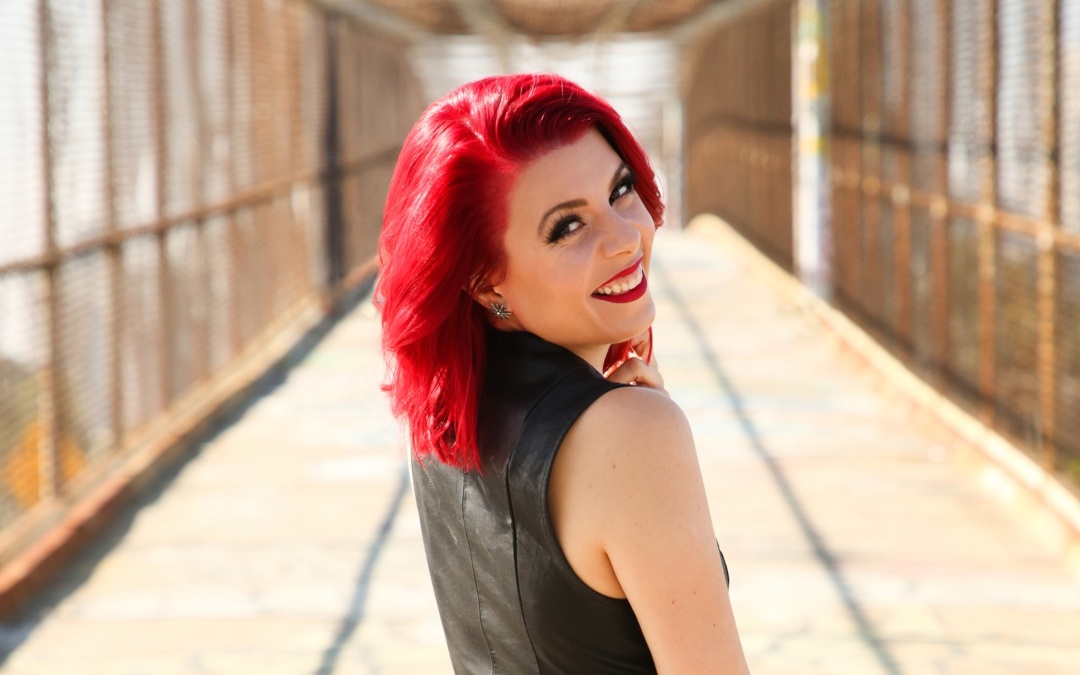 San Diego blues belter Whitney Shay will soon be releasing her new album, Stand Up!. An album for “dancing, drinking, and dreaming”, the flaming haired songstress brings old soul to the modern age with her high energy rhythm n’ blues, which is sure to have you crying over lost loves that never even happened. Yeah, she’s that good.

More and more artists are getting their start online these days, but Shay came up the old fashioned way, with word of mouth spreading her impressive reputation far and wide. While many modern artists have nothing to show for their work other than their streaming stats, Shay is a four-time winner at the San Diego Music awards, recipient of a nomination at 2019’s prestigious Blues Music Awards, and has been called a “future blues icon” by Blues Matters magazine.

The songs range from personal to socio-political in theme. “Being a strong, independent woman, raised by a single mother and grandmother, many of the songs on the album deal with themes of equality and female empowerment,” Shay says. Shay and her band are taking the album on the road for Ruf Records’ 2020 Blues Caravan showcase, and, not shockingly for someone that puts so much feeling into her work, a lot of the music is about the live performance experience. “When I perform I want people to dance and be engaged. To me, music has always been about catharsis, the purging of sad experiences. If I can make the audience leave smiling and feeling like they’ve forgotten about the trouble of their day, I’ve done my job.” Shay says.

And her opening track certainly does its job, setting both tone and theme for the album quickly and cooly. “Change With the Times” immediately lets listeners know not only that Whitney Shay is here and in charge, but also that she’s going to talk about some real shit. Shay’s studio band quickly proves that they’re just as top-notch as their vocalist, with the wailing organ on the track rivaled only by the saxophone solo. This super upbeat opener must be one of those drinking and dancing songs Shay told us all about.

“I Thought We Were Through” is a special moment on the album, with Shay’s level of control and expertise quickly becoming crystal clear here. She carries herself vocally with class as she attacks the number with impressive restraint and control, managing to paint the track with just the right amount of strength without overdoing it. This one is elegance in blues.

“Boy Sit Down” shows off a more playful side, although Shay loses none of her commanding power or grit. Her band really shows up on this one, utilizing horns, a particularly sick blues guitar solo, call and response vocal, and piano that sounds straight out of an old-time saloon to get her point across, which is all about equal rights for women.

Horn-heavy “Tell the Truth” is gritty and commanding while tracks like “Getting In My Way” showcase Shay’s more bluesy, sulty side. “P.S. It’s Not About You” somehow manages to skillfully combine a funk track with elements of rock n’ roll, intriguingly making me want to both head-bang and dance, while “Equal Ground” is tinged with country instrumentation. Shay and her band are not shy of dipping their toes in more than one musical pond, and they do it with skill and ease.

“I Never Meant to Love Him” is the real standout on the album. Shay’s rich voice navigates the deep waters of the Sam Cooke-esque tune, swimming in the depths of her range one second and soaring into the sky with angelic falsetto the next. But don’t let words like angel fool you; this woman is a powerhouse, a freight-train, a force of nature, and just about any other metaphor for strength that you could dream up. Shay’s soul doesn’t just shine through; it sparkles.

Stand Up! is out today via Ruf Records and will be played via Shay and her band in Ruf Records 2020 Blues Caravan showcase.