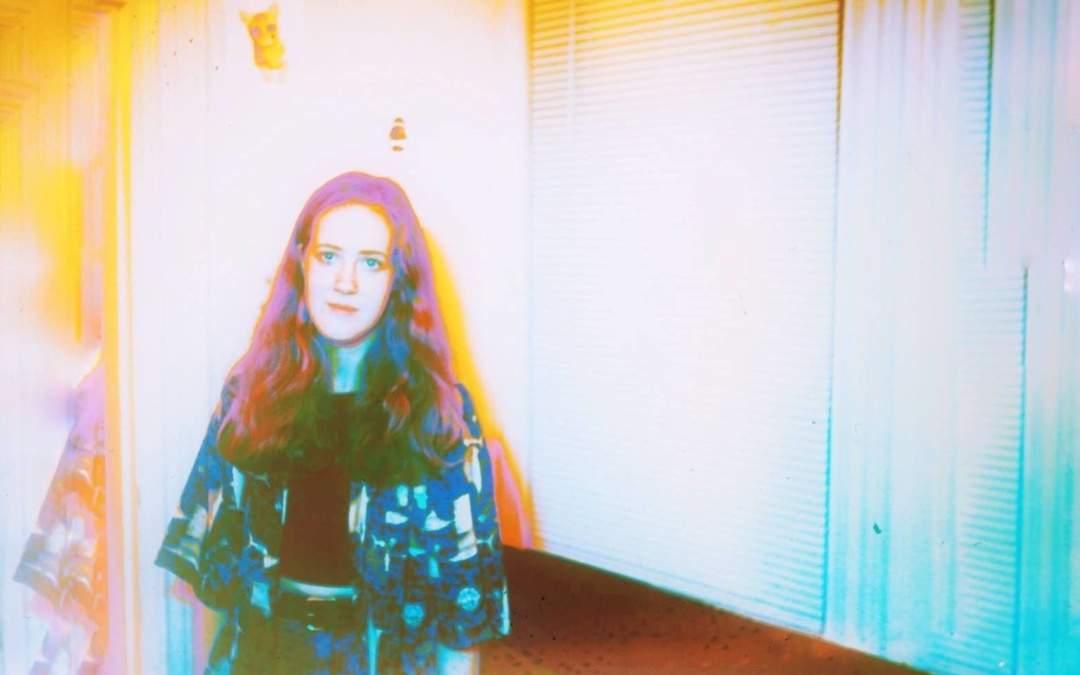 Loop pedal and guitarist goddess Sidney Gish just began a month-long, coast-to-coast U.S tour, and this past Friday she was emphatically received by a full house in the City of Brotherly Love. The 14-song set was the perfect length, given the relative brevity of Gish’s indie rock/blues infused jams. A majority of the setlist were numbers from her 2017 album No Dogs Allowed, with a healthy mix from slightly earlier 2017 album Ed Buys Houses, as well as a classic Talking Heads cover thrown in the mix.
Accompanied by opening group Another Michael, Gish played the PhilaMOCA, whose ambiance is a welcoming cross between a large house show space and a small theatre. It is comprised of one large room, its l walls plastered with posters from past events, and lined neatly by a carpeted second floor balcony, wrapped in twinkle lights that provide a comfortable dim. Upstairs on the balcony, worn-looking sofas and easy chairs were inhabited by cozy-looking people. The entire vibe was ideal for Gish’s set, which demands rapt attention to her rapid fire lyricism, as well as the rhymes she drops like flies.
Gish’s self-conscious sense of humor was both immediately endearing and a lovely show of levity; as she addressed the crowd with quips like “I love to tune instruments, I really do!” Throughout her time on stage, sometimes in the middle of songs, she’d check the inside of her wrist for her handwritten set list. Gish’s stage presence is an act in itself, because though she seems cheerily nervous, her jokes land – and that’s hardly to mention that her musical consistency remains solid and unflappable.
The singer-songwriter opened with deeper cuts, then filed into her more commercially popular songs as the night went on. First was “Mouth Log”, followed by “I’m Filled With Steak, and Cannot Dance”, both from No Dogs Allowed. The latter track is a prime example of excellent vocal control in sliding, perhaps even cascading, down waterfall runs that smoothly drop you off only a few feet from where they picked you up. Plucked harmonics and a perpetuating bongo on loop punctuate this track, and breezily perforate any tension found in the room.
The next three tracks Gish played were all gems mined from No Dogs Allowed: “Good Magicians”, “Impostor Syndrome”, and “I Eat Salads Now”. Always with meticulously intentionality,  Gish grants herself plenty of room to play in the spaces between spiteful and vulnerable, dynamic and gentle, raspy and fluttery. Her fingers flying on the jazzy riff within “Impostors Syndrome”, she seamlessly shifts from demanding attention to turning it away. Gish launches her inward-facing observations up into the hall, open confessions to everyone.
In the moments following the fading applause, Gish chirped cheeky narrations to the crowd, her eyes cast down as she set up her guitar: “I play it on this capo, normally.” She looked up and giggled: “Information for no one.” The next song, “Friday Night Placebo”, is a tribute to her gifts of sarcasm and satire, bubbling along a guitar tone that is deep, ringing, and somehow nautical. Lyrically, this track is reflective of fragility and vulnerability – but only on the surface. Gish’s sardonicism cuts to the core, as she chides, “It’s fine, I’ll pop sugar pills all night.”
After a cover of Talking Heads staple “This Must Be The Place”, Gish hit the crowd with three of her most popular tracks: The clicky “Sophisticated Space”, mesmerizing “Rat of the City”, and communal “Homecoming Serf”.  An augmented vocal presence is a marker for these tracks, as the singer’s rasp (no doubt a parallel for her indignation toward mundane suburban life) continues to escalate among the captivating vocal melodies.
Next up from Gish’s repertoire were three of my personal favorites in immediate succession: “Sin Triangle” and “Persephone” from No Dogs Allowed, and “Presumably Dead Arm” off of Ed Buys Houses. “Sin Triangle” is arguably Gish’s grooviest track, and would fit quite comfortably on a party playlist; unlike “Persephone” and “Presumably Dead Arm”, which are reflective and thought provoking; each one a cure-all for listeners’ varying feelings of being misunderstood. That said, all three were fascinating to experience visually: The building anticipation in the room was tangible as Gish built the loop tracks for each song, riff by riff.
The last song of the night was “If Not For You, Bunny,” and though sonically, its recording crystallizes seamlessly with the rest of No Dogs Allowed, Gish used it to cast an undeniably punk spell upon the crowd in Philadelphia. Murky, crunchy  guitar distortion and the wailing, bittersweet solo that it tore through the end of the song emanated that, however selectively, Gish puts the “rock” in indie rock.
“Unapologetic” is not the word for Sidney Gish, because it’s clear she never even considered apologizing – Why would she? Gish offers up her flaws but never asks for comment on them; painting herself as
reactive, self-assured, and captivatingly self-conscious all at once. It was a fantastic show, and we can’t wait to hear (and hopefully see) more of Sidney in the very near future.
You can listen to Sidney Gish here. You can follow her on social media below:
https://twitter.com/sidneyg156
https://instagram.com/sidneyg156?igshid=1a9belvr123dv
https://www.facebook.com/sidneyg156/