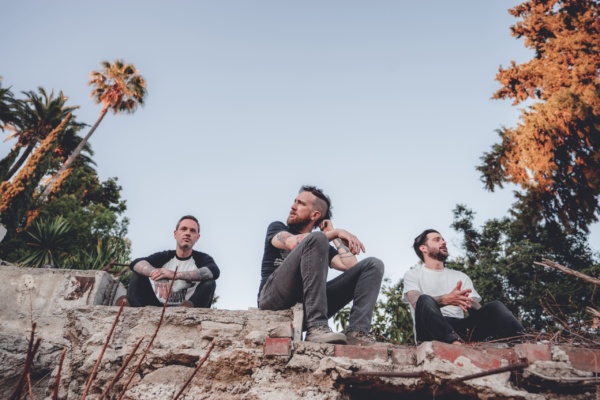 Finding the perfect song to play while driving with the windows down and music loud is an enthralling experience that can be found immediately after pressing play on rock trio Lone Kodiak’s new song, “PDX ‘97”.  The band was formed in East Los Angeles, but met in Portland, Oregon, which is where this story takes place.

A true story, “PDX ‘97” takes the listener on a stirring journey through the streets of Portland alongside teenage runaways.  It would be hard not to picture oneself as one of the characters in the song.  Lovestruck and adventurous, the teenagers embody the very type of love that seems to only play out on film screens, except the listener doesn’t have to experience it through a screen as the song brings the story into the car, bedroom, or shower of anybody who listens.

What Lone Kodiak has done with their latest release is to take a personal story and help each listener see some version of themselves in it.  While resonating with the 17-year-old high school student experiencing love for the first time, it also can resonate with the 65-year-old retiree who is reminiscing on her first love during her teenage years.  Transporting people is one of the greatest things music can do, and Lone Kodiak does it well.  Member Dainéal Parker explains:

I normally shy away from writing anything too personal or plainly autobiographical, but the vibe of this song just took me right back to those hot days and cold nights I spent wrapped around the finger of a girl, and our summer trying to find couches to crash on but often settling for cardboard.

Check it out on your preferred platform here.