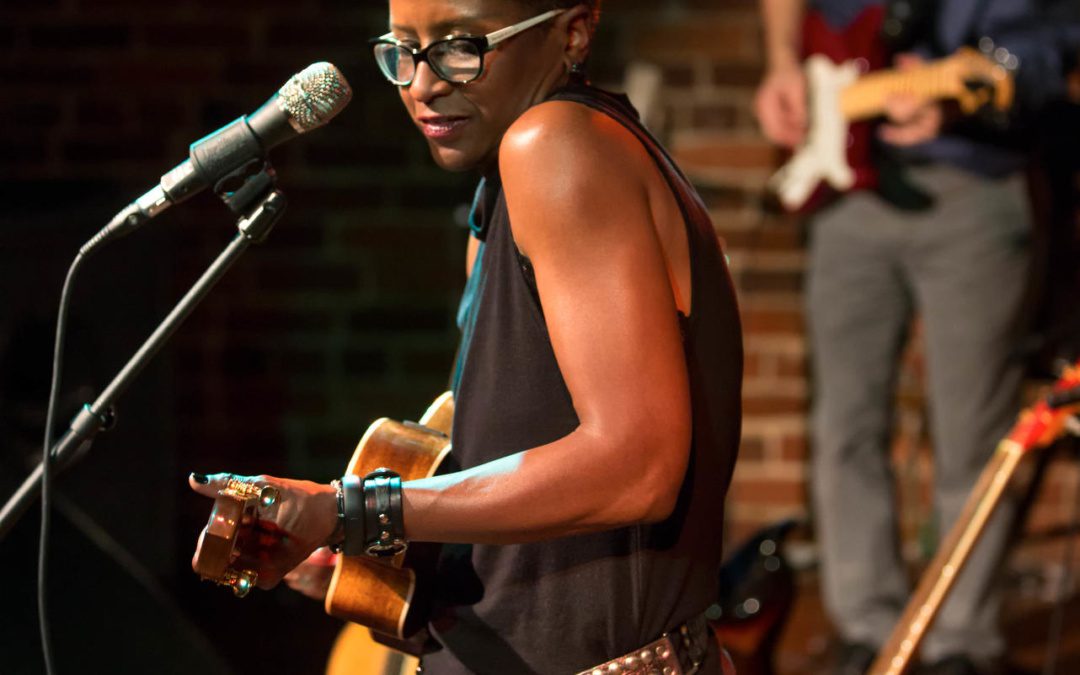 As an African-American woman, when I say I write and play “roots” music, too often folks assume I only play blues. Though I love blues, black folks in America have created a variety of “roots” music — blues, gospel, folk, bluegrass, spirituals, country — since arriving on slave ships 400+ years ago. Africans brought with them traditions that became early forms of the banjo and certainly through the 19th and early 20th centuries, banjo and fiddle were mainstays of African American music. I’m inspired by the renaissance interest many Americans have in roots music, including that made by African Americans, and the new “old” music created today. This movement along with the music I make inspires me to explore the great music that came before. I’m awed by how sounds of yesterday influence what we hear and make today. I decided to focus on black women because much of their roots music is less known and so hopefully listening to this playlist will promote music discovery. The playlist features the famous, aspiring and obscure — those no longer with us and those pushing every day the envelope of how we define roots music. Enjoy!

Keep up with Paula Boggs here.