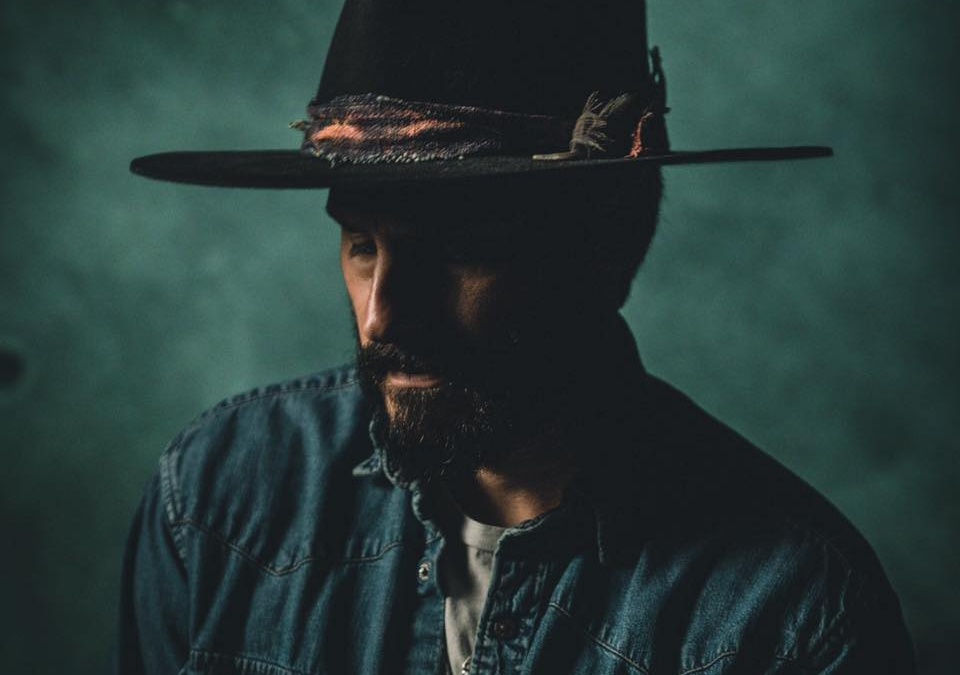 Dive into the raw innermost thoughts of Michael McArthur with his profoundly personal EP Oh, Sedona. Over a decade ago McArthur gave up his stake in the bistro he owned with his brother and left to pursue music. His career launched swiftly, but as he was playing cross-country tours, alone or with an ensemble as large as the Imperial Symphony Orchestra, he grew closer to losing himself, and farther away from his wife. After 8 active years he brought things to a halt to rebuild his marriage and himself. Incidentally, he sparked one of his most creative bouts thus far. The result was his acclaimed 2019 album Ever Green, Ever Rain, which was the first release on his own label, Dark River Records.

On Oh, Sedona and his other EP that is still to come, How to Fall in Love, McArthur offers some acoustic renditions of songs from Ever Green, Ever Rain such as “We Live & We Die”, and “Wild in the Blood”, but keeps things fresh with new tracks as well. A man who has always used songwriting as a form of therapy, McArthur’s music is a lifeline that he is tossing out into the world for anyone who might need a hand, especially in a time when the physical connection of a live concert isn’t possible. That being said, he also wanted the recordings to imitate how songs take shape in a live setting: “Performed in the way that I wrote them, there’s something about the uncovering of a song that invites you to reach down a little deeper. To listen with both ears. To be at ease.” The introspective artist says that the integrity of the songs depends on them being revealed in their most fundamental form. The title track, “Oh Sedona”, is written in remembrance of his recently departed grandmother and her influence on his life, whose funeral has unfortunately been postponed indefinitely due to the pandemic. The song puts this immeasurably mournful experience into a different light. McArthur says “You can’t know the importance of a funeral, of that collective remembering, the final farewell, until you’ve attended one, or until you’re unable to.” It’s this kind of heavy emotion that unifies the EP, and invites the listener to dig deep.

While emotion is the glue that holds Oh, Sedona together, McArthur’s voice is undoubtedly the crowning feature. It is in many ways the quintessential American folk voice, tinged with vibrato, earthy and absolutely gorgeous. Honestly, I could go on and on about it. “Oh, Sedona” first showcases the powerful conviction that is ubiquitous in the vocals of all of the tracks. The ends of his falsetto lines in “We Live & We Die”, “Wild in the Blood”, and “Elaine” diffuse into the silences, like a breath of relief. “We Live & We Die” as well as “Elaine” also highlight his lower, more robust voice which is equally potent.

Despite being closely intertwined, each of the four original tracks have something unique to offer. The idea of not being able to say goodbye in “Oh, Sedona” gives it a heartbreaking intimacy that intensifies in the middle of the song before coming back down to rest, quietly melancholic. The entire tune is so down to earth, from the unplugged sound to the harmonica to the open-hearted subject. “We Live & We Die” begins with some intriguing rubato guitar picking and yearning suspended chords that build the tension until the pain consumes McArthur at the end, sending shivers down your spine. “Wild in the Blood” sneaks up on you. It has this sweeping sadness that you don’t notice is building up until it overtakes you. “Elaine” features touching lyrics whose intimacy and tenderness is deepened by the name in the title.

The cover of Prince’s “Purple Rain” deserves its own consideration. Piano, drums, synth strings, and various other instruments create the grand slow-jam feel of the 8 minute long original tune. It features a guitar solo, soulful harmonies, and Prince’s unmatched voice. McArthur completely strips it down, cutting out 4 minutes and trading in all the instruments for acoustic guitar. It’s completely his own take. The soul is still there, but instead of McArthur trying to simulate Prince’s soul, it’s McArthur using the original song’s words and melodies to bare his own soul. He exchanges the epic slow-jam feel for his token sincere and intimate sound, allowing the cover to adopt the same tone as the rest of the EP.

Oh, Sedona is a raw, genuine expression of poignancy, and worth feeling vulnerable for. It’s available on all major streaming services, as will How to Fall in Love on August 14th, 2020.

Keep up with Michael McArthur here.